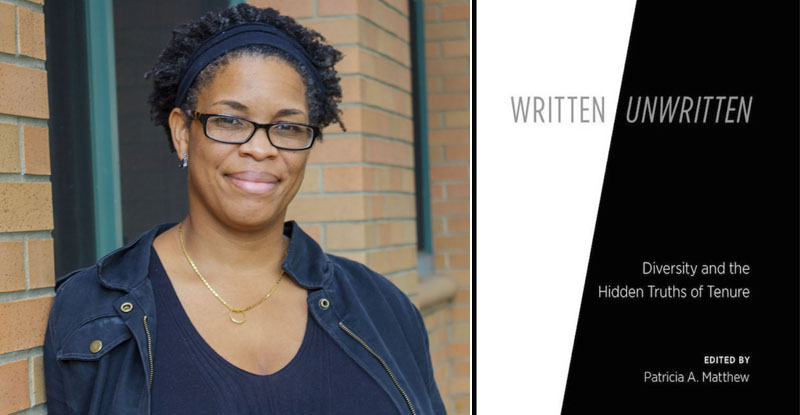 Revealing the Unwritten Obstacles Faced by Academics of Color

How Dr. Patricia Matthew is Bringing Exclusionary Practices into the Light

In 1849, Charles L. Reason became the first Black scholar to teach at a mixed-race institution of higher education in the United States when New York Central College named him professor of belles-letters and French. His hiring was a victory for people of color seeking to enter the American professoriate in the 19th century. But in light of recent data from the National Center for Education Statistics, it is also a reminder of just how much further American higher education has to go. As of fall 2013, 43% of the 1.5 million faculty who teach at degree-granting postsecondary institutions were white males and 35% were white females. The percentages for other racial groups stand in stark contrast to these numbers: Black men, for example, represented 3% of full-time faculty, whereas 6% were men of Asian/Pacific Islander descent.

While these numbers may have shifted slightly in the four years since the NCES undertook this study, the disparity between numbers for white faculty and faculty of color demands attention. Why does American higher education lack diversity? How do scholars of color navigate the academy successfully, and how do they experience these efforts? These questions shape Written/Unwritten: Diversity and the Hidden Truths of Tenure (University of North Carolina Press, 2016), a new edited volume by Dr. Patricia Matthew. “I think the book probably causes a bit of anxiety in people,” laughs Matthew when I speak to her. “We want to think about it when we want to think about it.”

There is good reason for that anxiety. Through interviews, essays, and statistics, Written/Unwritten uncovers the challenges that scholars of color face in the American university system. In “Still Eating in the Kitchen,” Dr. Carmen V. Harris discusses the racism she encountered when she attempted to participate in her institution’s faculty governance. Similarly, in “Difference without Grievance,” Dr. Leslie Bow describes how the American university system views Asian faculty as privileged minorities while treating them as anything but.

Matthew’s tenure battle at Montclair State University, where she currently teaches, is what prompted her to write Written/Unwritten. A specialist in 19th century British literature, she was stunned when the school’s now-retired provost denied her tenure because her articles were forthcoming and not yet in print. This, he claimed, was a standard for tenure. Matthew was unaware of this standard and  writes in her book, “ . . . it wasn’t necessarily the standard I objected to but the fact that I didn’t know it existed; if ‘in print’ was enough to get me fired, I should have been told.”

With the full support of her department, Matthew appealed the decision and attained tenure after the president of Montclair overturned the provost’s recommendation. But during this process, she discovered that her case was not uncommon. Though many schools do not make their tenure statistics public, the available evidence showed a clear pattern: faculty of color were routinely being denied tenure at universities across the country. In some cases, they were denied because they were unaware of specific but ambiguous standards for tenure. In others, departments or administrators applied standards to faculty of color that they did not apply to white faculty.

“Though many schools do not make their tenure statistics public, the available evidence showed a clear pattern: faculty of color were routinely being denied tenure at universities across the country.”

Drawing on these observations, Written/Unwritten shows that the structures that form American higher education are designed to be exclusionary. Though they purport to establish an objective meritocracy, they reproduce many of the discriminatory barriers that plague our society. Consequently, scholars of color who attempt to enter academia and achieve tenure often cannot. Matthew demonstrates that knowledge of unwritten rules for successful tenure cases, or even the renewal of contingent positions, rests with the gatekeepers of the academy, who are usually white. “It is really hard to get a group of people who rely on judgment and sensibilities and taste to build and maintain an inclusive environment,” she says. “Departments don’t do anything they’re supposed to do to make anyone who doesn’t already know the rules fit in.”

And learning these rules is especially difficult for faculty of color. In Written/Unwritten, contributor Dr. Dionne Bensonsmith reports her struggle to attend social events in her department. At the time, she was raising her children alone while her partner worked in a different city. “It’s in those casual spaces,” says Matthew, “that those networks are formed, where people build the intimacy that allows you to walk into to someone’s office and say, ‘Oh my god, I don’t understand how this works.’” Even asking questions can hurt faculty of color, and especially Black women, who must present themselves as poised and knowledgeable to avoid appearing incompetent. There is, however, a Catch-22 to: “They can think, ‘well, she’s not very friendly,’” says Matthew, “or, ‘she doesn’t need our help.’”

The ability of faculty of color to advance through the ranks of higher education can also be hindered by expectations to do labor beyond what is typically expected of professors, such as mentoring students of color. As several essays in Written/Unwritten point out, such labor may not receive weight in tenure cases. This factor, along with the pressure to publish, teach, and—in the case of contingent faculty—job hunt all at once, forces some to avoid mentoring altogether. As Written/Unwritten reports, the choice of faculty of color to protect their time may rob them of the valuable experience of mentorship. It also hurts the future of students of color in the academy, reifying an already exclusionary structure.

This structure extends to student evaluations. As contributor Dr. April Few-Demo shares, and as studies confirm, evaluations reflect the racist and sexist biases of their writers rather than honest assessments of a professor’s teaching. Negative reviews can impact hiring decisions and are especially injurious to those in contingent positions, where faculty diversity is often concentrated. Matthew observes, “[Faculty of color] are postdocs, they are visiting assistant professors, they are untenured.”

As the anthology unfolds, it becomes apparent just how much is at stake. In an era in which the truth itself seems threatened, equality in the academy is directly tied to the preservation and creation of knowledge, because the experiences of people of color enable them to ask important questions in scholarship. This is true of Matthew’s own research, which has come to examine race in the early 19th century. “I don’t think I own the topic because I’m Black,” she says. “But I can see the connections very easily across history because I live in a Black body in the 21st century.” Without faculty of color, argues Matthew, universities imperil entire lines of critical discourse.

“Equality in the academy is directly tied to the preservation and creation of knowledge because the experiences of people of color enable them to ask important questions in scholarship.”

Matthew points out that faculty of color can help themselves by identifying allies in the system early on. And, as the Chronicle of Higher Education reports, some schools are forming mentorship programs to help graduate students of color complete their degrees. Even so, many of the book’s contributors argue that systemic overhaul is the only real solution. Written/Unwritten addresses what Matthew calls “the failure of academic feminism” to dismantle the obstacles that faculty of color face. “[The discipline of] women’s studies is supposed to be this place that focuses on oppression. So many women of color I’ve spoken with have felt completely unprepared for the quagmire that is white academic feminist culture. The sisterhood of feminism that says ‘my experience is important because I’m having it’—if you don’t affirm that, and if you’re a woman of color who doesn’t affirm that, you really run the risk of not just being alienated, but being forcefully pushed out.”

Some of Written/Unwritten’s contributors argue that faculty of color must take the risk of resisting the system. The book points out that the marginalization of faculty of color positions them to see which aspects of the academy must change and cites bell hooks, who argues, “Marginality [is] much more than a site of deprivation; in fact…it is also the site of radical possibility, a space of resistance.” Still, the bulk of this resistance, according to Matthew, belongs to tenured faculty. “Tenure means more protection,” she says, “You can’t just fire someone with tenure.” With tenure, faculty can openly question the academy and support untenured faculty who speak up. “We have to preserve and protect the most vulnerable of the professoriate.”

Meeting this obligation supposes that tenure—which was designed to enable scholars to critique society without facing dismissal or other forms of retaliation—will remain intact. But as administrators continue to replace tenure lines with cheaper adjunct positions, the system has begun to erode. And as the cases of Steven Salaita and George Ciccariello-Maher evince, even tenured faculty can face reprisals for their exercise of free speech. These punitive measures tend to be directed toward leftist discourse: the public support of Milo Yiannopoulos by the University of Chicago’s Rachel Fulton Brown, for example, did not provoke similar responses.

But as Written/Unwritten argues, despite the deterioration of the system, faculty cannot afford to be what Derrida once called “unquestioning functionaries.” As Matthew puts it, “If you’re timid and you don’t speak your mind before tenure, nothing’s going to change afterwards. Tenure doesn’t change your activist, political alchemy.”

Lakshmi Ramgopal is a writer, musician, and professor. She received her PhD in Classics from the University of Chicago in 2016, and her writing covers ancient history, immigrant experiences, and the intersection of race and the occult. Find her on Twitter @lykanthea.
http://LakshmiR.com

On the Books We Read (and Write) to Get By 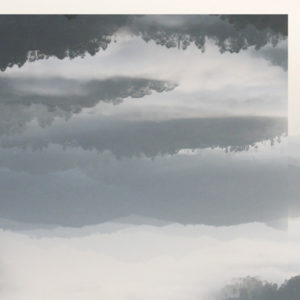 On the Books We Read (and Write) to Get By

Two years ago, a good friend of mine lost her adult son. He was a beautiful young man full of life, energy, and potential,...
© LitHub
Back to top