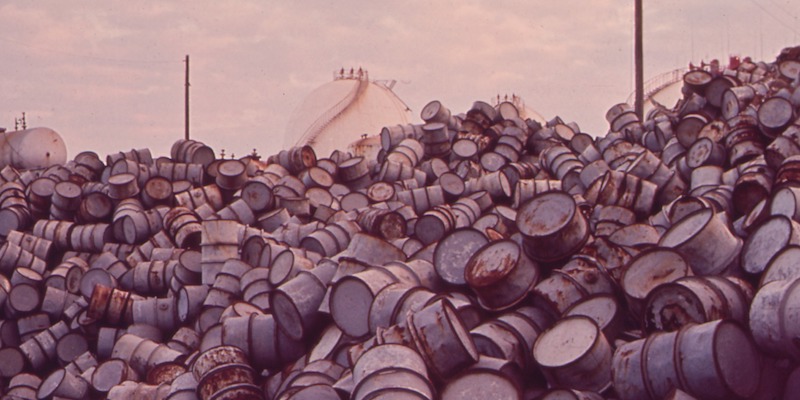 "Climate change is part of a much longer series of ecological catastrophes caused by colonialism."

Along the Mississippi River, between Baton Rouge and New Orleans, Louisiana, land where black people were once enslaved on plantations is now being poisoned by petrochemical plants that have given the place a new name: Cancer Alley. In St. James Parish, I have visited with families in which every member has some form of cancer. At the Mt. Calvary Baptist Church in St. John the Baptist Parish, a local resident named Robert Taylor told neighbors in the fall of 2019 about the toll of watching his family and neighbors die. Next door to an elementary school in his predominantly black community, toxins measure 370 to 700 times the levels that are considered safe. Robert’s daughter has a rare disease that her doctor told her she had a one-in-five-million chance of contracting. She has since learned that three other neighbors are dying of the same disease.

While Cancer Alley is a glaring example of environmental racism, it is also a microcosm of the death-dealing legacy that America’s plantation economy has wrought on the whole planet. Built on stolen labor and stolen land, this system produced unprecedented wealth that allowed America to become a world superpower. But it also established institutional habits that normalized destruction.

From the American colonists’ earliest encounters with the indigenous people of this land—what they call Turtle Island—Native wisdom has warned against the unsustainable practices of exploitation and extraction. “Indigenous peoples have witnessed continual ecosystem and species collapse since the early days of colonial occupation,” Leanne Betasamosake Simpson, an activist and scholar from the Nishnaabeg nation, told Pacific Standard magazine. “We should be thinking of climate change as part of a much longer series of ecological catastrophes caused by colonialism and accumulation-based society.” Indeed, our First Nation sisters and brothers help us see that we cannot save the planet—what Pope Francis rightly calls our “common home”—without first reconstructing the systems that have overlooked and marginalized non-white people from their inception. In short, there is no Green New Deal without a Third Reconstruction that learns from Reconstruction history the kinds of organizing that have been essential to each stride toward a more perfect union.

We cannot separate the question of whether we can survive together on a warming planet from the question of whether we can redeem the promise of liberty and justice for all in this nation. We are, in the powerful image from the biblical story of Noah’s ark, all in the same boat. A future free from the polluting economy of extraction is inextricably tied to a future free from the systemic exploitation of white supremacy, and this future requires reconstruction and tran formation. When we are willing to look honestly at our history to understand the foundations of interlocking injustices, we can see in that same history examples of multiracial movements that have worked to reconstruct America from its very beginnings.

Indeed, no expansion of democracy that we celebrate today would have been possible without the fusion organizing that brought people together in moral movements to work for abolition, just labor practices, women’s suffrage, civil rights, and LGBTQ+ rights. So in order to look forward to a Third Reconstruction, we need to take time to look back and remember how the systems we have inherited came to be.

Four hundred years ago, a Dutch warship, the White Lion, sailed from the Netherlands—under a Dutch flag but with an English captain and crew. Aboard the ship were privateers licensed by their governments to plunder Spanish vessels. They robbed a Portuguese slaver of roughly 60 of its human cargo. The privateers sailed the twice-stolen Africans to the English colony at Jamestown, Virginia. There, reported local leader John Rolphe, the White Lion traded the settlers “20 and odd” Africans in exchange for food and provisions. The Africans who disembarked at Jamestown landed among colonists who had no cause to regard themselves as “white.” The Africans who arrived on the White Lion may not have been ordinary indentured servants, and they certainly did not fold neatly into an existing institution. Most Europeans in Virginia arrived as inden- tured servants, bound for seven years, after which the colony granted them a plot of land. If the legal status of the Africans as they clam- bered from the ship that day remained uncertain, their color was not laden with the meanings of “race” that slavery would inscribe upon
the bodies of their descendants.

By continually pitting poor and marginalized people against one another, racism has allowed a political party in the United States to maintain power even as it imperils life on this planet.

In Jamestown in the early-17th century, unfree labor was both black and white, and had yet to be cleaved by color and clotted into “the peculiar institution” of slavery. But the racial categories that we now take for granted were soon born in this place and for this specific purpose: to justify plantation capitalism and prevent poor black and white people whose labor sustained it from uniting in a fusion coalition that would expand the promises of democracy to them and their families.

The greatest threat to the consolidated power of colonial Virginia was Bacon’s Rebellion, an uprising of disenfranchised descendants of Europe and Africa who banded together to overthrow the plantation owner plutocracy. It took the British navy to put Bacon’s Rebellion down. To prevent such an uprising again, the Virginia colony set about formalizing racial categories and a racial hierarchy.

To justify the unfolding robbery of racialized and hereditary slavery, the owning class established the doctrine of white supremacy. White supremacy became both pillar and signpost of these evil arrangements; it grew into both a political program devoted to white dominion and an unconscious array of assumptions of inferiority and superiority that we carry in our heads, whatever their hue. By separating us into inferior and superior, the planter class reinforced their ultimate superiority. The plantation system told the white man that he might be poor, but at least he was better than a black man.

When we do not know this history, we easily fall prey to racism’s lie that insists an exploitative and extractive economy is as normal as the racial categories that were developed to divide people. But we also forget that those categories were developed because of the power of a fusion. From the very beginning of the American story, an extractive economy that exploited labor and land was challenged by the power of a fusion coalition that could unite exploited people to demand that the promises of a representational democracy extend to all people equally.

Americans tend to believe that “race” is something real, an undeniable assignment by the natural world. “Racism,” we assume, stems from this bleak but biological condition. Ta-Nehisi Coates explains that this delusion renders white supremacy “the innocent daughter of Mother Nature.” This confusion leads many to bemoan the death machine of the Atlantic slave trade and lament the Trail of Tears in the same way that we mourn a tornado—without a twinge of remorse. But, Coates reminds us, “race is the child of racism, not the father.”

The father of racism is the need to justify the brutal and hereditary bondage of chattel slavery. The reason was staple crop agriculture—tobacco, rice, sugar, coffee, and cotton. Enslaved labor was the oil of the 18th and 19th centuries—a necessary requirement to the false promise of eternal economic growth which still exists today. We cannot free ourselves from our dependence on oil without freeing ourselves from the lies that were used to justify our dependence on stolen land and stolen labor.

As the indigenous people of this land have long known and our scientists have more recently confirmed, an extractive and exploitative capitalism can transform the blue-green jewel we inhabit into a cold and empty stone spinning in space. When the waters rise, the fires burn, or the droughts come, the poor always suffer first. But they are told the same racist lie—that the real problem is the brown immigrant, the lazy black mother, or the Muslim neighbor.

By continually pitting poor and marginalized people against one another, racism has allowed a political party in the United States to maintain power even as it imperils life on this planet.

White supremacy had a beginning and it will have an end, whether in the eternal silence of an uninhabitable earth or on a planet far more just, loving, free, and peaceful than the one we are trying to save. The judgments of God are just, but they are not always pretty. Our long-delayed day of reckoning has come, and, truth be told, we are both the accused and the jury. We must decide our own fate. 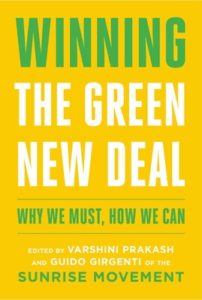 From Winning the Green New Deal: Why We Must, How We Can. “A Third Reconstruction for Our Common Home” copyright © 2020 by Rev. William Barber. Reprinted by permission of Simon & Schuster, Inc.

Reverend William J. Barber II is an American Protestant minister, a political activist, and the co-chair of the Poor People's Campaign: A National Call for Moral Revival.

How Do Celebrity Conspiracy Theorists Become Who They Are? 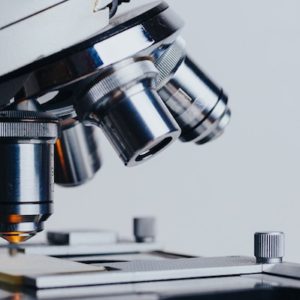 Between 1964 and 1967, I was a willing yet unwitting participant in the co-optation of university science by the corporate...
© LitHub
Back to top
Loading Comments...