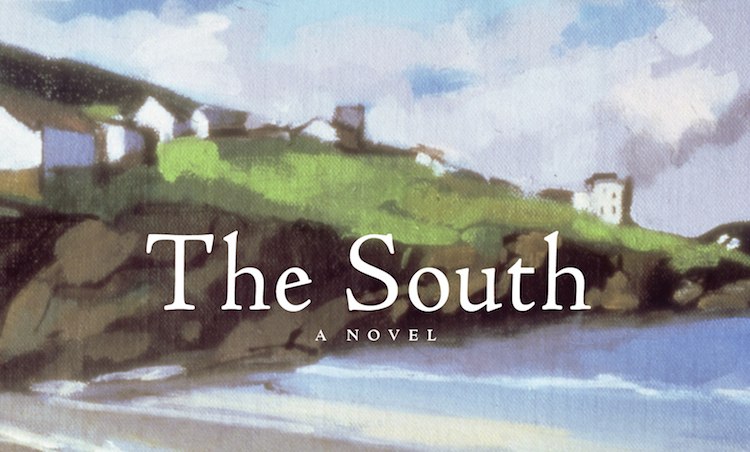 VIA THE BARNES & NOBLE REVIEW

Return to The South: On Colm Tóibín’s First Novel

A Look at the Early Work of "Ireland's Greatest Living Writer"

On the occasion of the 25th anniversary of Barnes & Noble’s Discover Great New Writers program, the B&N Review is looking back at some of the early discoveries, many of which heralded literary success to come.

Until I became a book reviewer, my life as a reader was governed by one crotchet after another. As a young person, for instance, I detested Dickens without having read one word by him—for the simple reason that there used to be an ad in The New Yorker showing that era’s idea of a highly cultivated man sitting in stifling good taste, reading Great Expectations, Just looking at this stuffed shirt (maybe that’s what the ad was for?) overwhelmed me with anticipated boredom of the most pulverizing sort. Then, at around the age of ten, I actually read Dickens (Dombey and Son), and found in him an antic lens that transformed the world. I couldn’t stop. At which point I decided I disliked Trollope on the grounds that he wasn’t Dickens—until, in a rogue moment of open-mindedness, I read Can You Forgive Her?

Same old story: I read on, novel after novel, a reader possessed.

Discovering a writer whose works strike a chord in one’s own sensibility is, next to love and friendship, the greatest joy I know. Sometimes, however, like love and friendship, it takes more than one encounter to kindle a spark. This was the case for me with Colm Tóibín, who is now, in my view, the greatest living Irish writer. As it happens, the Barnes & Noble’s Discover Great New Writers selection committee spotted him when he was only a twinkle in the American reader’s eye and named The South, his first novel, as a selection of the program—when it was published in 1991. Perhaps I should have trusted the judgment of these literary arbiters and read the book all the way to the end when I first took it up; instead, I bailed out over two-thirds of the way through, upset by an incident involving a child that I considered to be needlessly, or at least unendurably, tragic.

Now, almost a quarter of a century later, I have returned to The South, but as a different person in two essential ways. My children have grown up, and I can just about bear it when fictional children are harmed. Perhaps more important, I have now read a great deal of Tóibín’s fiction, having finally discovered his greatness for myself in 2009, when I gave him another go and read Brooklyn

The South is set partly in Ireland and partly in Barcelona and the Catalonian mountains. Its central character is Katherine Proctor, a Protestant born in County Wexford whose family’s house was burned by “the locals”—which is to say Catholics—when she was a child during the Irish war of independence. Her mother abandoned the family, ostensibly out of “dread fear of the Irish.” (This was in the days—not so distant, either—when many Irish Protestants would not call themselves Irish.) Katherine marries another Protestant, Tom, a man who will not even talk to Catholics. They have a son, but theirs is not a good match, and when the boy is ten, Katherine leaves and ends up in Barcelona. She becomes an artist, takes a Catalonian painter, Miguel, as a lover, and, eventually goes off into the mountains to live with him in near-isolation, and there they have a child.

Their pasts dovetail unhappily in that he, a Loyalist during the Spanish Civil War, had taken part in house burnings (and worse) while she had been on the other side of such patriotic exercises in Ireland. A period of happiness is followed by ineffable tension, a bout of destruction by Miguel, and a terrible event—and my putting the book down for over two decades. Katherine eventually returns to Ireland, and the book snaps back into focus. However the Catalonian portions of the novel may have struck me in the past, they strike me now as being more asserted than true, somehow lacking the feeling of emotional reality that the Irish parts do. Tóibín did live in Barcelona, but he did not—could not—live there as he did in Ireland, alert to the subtle marks of social position and currents of unspoken exchange. This is what he conveys so well in the Irish chapters: the mood of the land, the reverberations of its history, and the grace notes of its intricate snobbery and finely tuned snubs.

As he demonstrates in The Master, his superb novel about Henry James, Tóibín is brilliant at showing the ingredients, as they might be called, that go into a writer’s thoughts, to emerge, transmuted, as art: family relations, chance encounters, passing sights, places visited, the behavior of friends and acquaintances—their motives assessed with chilly eye—and, of course, memory and the movements of one’s own heart. In the afterword to the present edition of The South, Tóibín provides wonderful insight into the germs of the novel, among them his having met the Irish writer Molly Keane when she was an old lady and he was planning his novel. He observed her very carefully: For one thing, he knew that her Protestant family’s house was burned during the Irish war of independence when she was a girl, the perpetrators being none other than Tóibín’s uncle or “some of his associates” in the IRA.

He tells also of an even more fertile sighting, the true genesis of The South. On the train from Dublin back to his hometown of Enniscorthy, County Wexford, he watched a woman for the entire trip. “[S]he was wearing worn but expensive tweed, and good shoes; she seemed deeply preoccupied and was traveling alone. She looked grander and richer than we were, the rest of the travelers, and in the casual shorthand of the time, I might have surmised that she was a Protestant. By this I mean that there was a sense of old stability, old money about her.” Here was the person who would be reincarnated as Katherine Proctor, returning, as she does in The South, as an old woman to Enniscorthy after many years away. “I knew exactly where she had been, even though her journey to Catalonia in Spain had been a quarter of a century before mine.” My journey back to The South has taken nearly that long, too, and I am very glad that I made it. 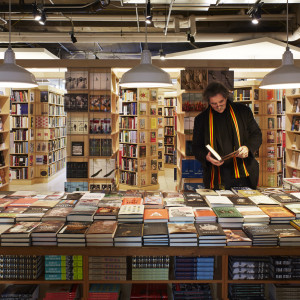 The Co-op was started in 1961 when 17 Chicago Theological Seminary students banded together to order course books at a lower...
© LitHub
Back to top