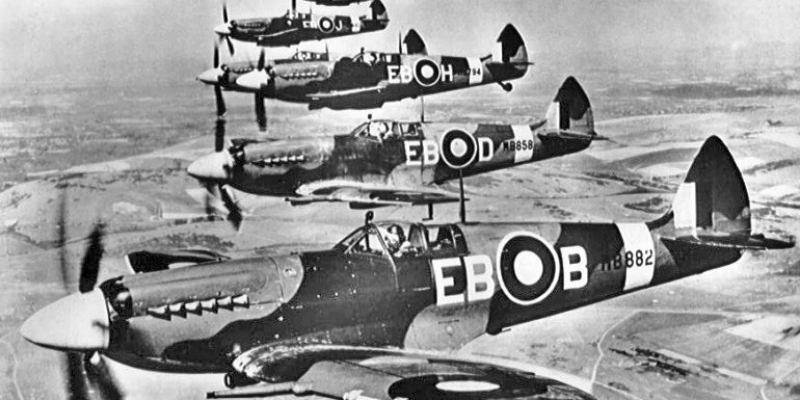 In Episode 197, Al and James visit the Heritage Hangar at Biggin Hill, the largest collection of airworthy Spitfires in the world. They discover a newly restored Spitfire once sold to the Greek airforce and explore the craft of building the world’s most iconic fighter plane.

Peter Monk: Funding these aircraft, the problem is they’re expensive to restore but the meter keeps running. As soon as you’ve restored it, then you’ve got to maintain the status quo. The airplane’s gotta be kept airworthy, and that almost needs an open checkbook.

Al Murray: And everyone’s multitasking. So it’s not like you’ve got a team to make sure the flying aircraft fly. Everyone’s doing a bit of everything.

Peter Monk: They are. Exactly. Including with me occasionally cleaning the floor, the toilets, and the rest of it because we have to.

James Holland: It is amazing, though. I mean, coming into a place like this, and you wander round, and there’s a Spitfire wing in the process of being made, and there’s this engine cowling’s off and you’re looking at the Merlin. You really can have a look at the granular detail of a Spitfire, can’t you? It’s amazing to see. It does make you really appreciate just how complex these machines were, and really how advanced technologically the world had come by the late 1930s.

Peter Monk: Yeah, it varies when you walk through our hangar, depending on the stages of restoration. At the moment, we’ve got the Greek airplane, which is now finished, so that’s completely covered. You can’t see much going on there in the way of workings. And we’ve got another aircraft which is just about to fly; it’s within days of flying. But two weeks ago, there wasn’t a cover. You could see every sort of working. You could see the engine; you could see all the pipes. And then you come in today and it’s complete. So it depends when you walk through the hangar, it’s a very different picture. It’s constantly changing.

Al Murray: OK. We can hear the Spitfire, but we can’t see it.

James Holland: Oh, there it is. [Spitfire flying overhead] It’s always a joy. It’s an old, old cliché, but you never get tired of that sound, do you?

Peter Monk: No, you don’t. It makes you proud to be British, that sound. There’s not much of that around at the moment, is there?

You can see the invasion stripes on the wings. There’s two reasons for us putting those on there. The first reason is it wore them during the war, so why not? But the second reason, it makes it easier to be seen by the other air traffic. They can’t see it because the camouflage works. So, you get the old Cessna pilot that’s flying along on a Sunday afternoon and a Spitfire whizzes by, he didn’t see it till the last minute. We’ve got to put something on there that the other pilots can see. 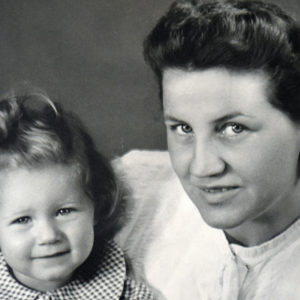 Have you ever heard yourself say something and think, “Oh, my god, I’m turning into my mother (or father)”? Robert...
© LitHub
Back to top