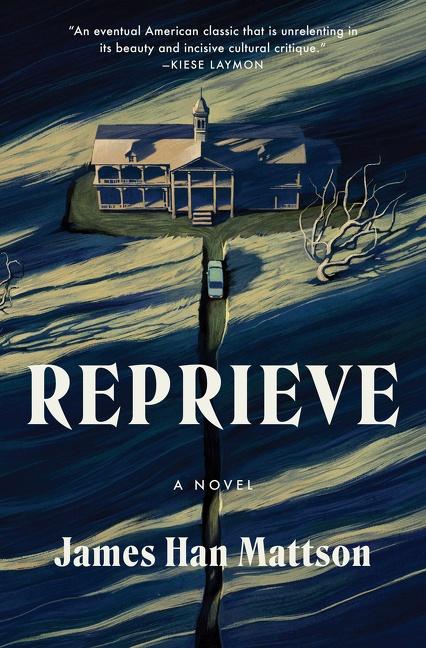 The following is excerpted from Reprieve, James Han Mattson’s new novel centered around a brutal killing that takes place in a full-contact haunted escape room. Mattson is the acclaimed author of The Lost Prayers of Ricky Graves. A graduate of the Iowa Writers’ Workshop, he is the recipient of awards from the Copernicus Society of America and Human-ities North Dakota. He is currently the fiction editor of Hyphen magazine. He was born in Seoul, Korea, and raised in North Dakota.

Years passed, and as his mother had predicted, Jaidee’s commitment to Belly-Kos the Great waned: puberty and hormonal unruliness replaced his interest in the hero of his childhood imagination. In his bedroom, with his best friend Aran, he noted how all the scripts they’d written amounted to nothing, how nobody but complaining family members attended their performances—what they’d considered masterpieces were simply childish amusements, he said, and it was all starting to seem a little silly to him.

They were both fifteen now. Aran had grown taller than Jaidee, his hair chopped in the usual crew cut, his cheekbones strong, his face assertive and symmetrical. He’d become boisterous and outspoken, a more dominant presence in the classroom, and during their script-writing sessions, he’d gripped the reins where Jaidee had slacked, sometimes working alone while Jaidee did homework or watched TV.

“What is there to disagree with, yai?” Jaidee said. “This is all just make-believe. What good is it?” He sat cross-legged on the floor, looking out the window. Aran sat at the rolltop desk, poring over a stack of papers, the contents of which held the penultimate scene between Belly-Kos the Great and Villain. In this scene, Villain would die for real—Belly-Kos had finally discovered the one thing that would destroy his archenemy: a rare Amazonian wood containing pink emeralds.

What’s wrong with you?” Aran said.

Jaidee shook his head. “This is kid stuff. I started it when I didn’t know what ‘bellicose’ meant. Now I do. So it’s all just stupid. Why do we keep on?”

Aran smarted. Over the years, the two boys had drifted apart: Jaidee had become withdrawn, hypercritical, ornery. While Jaidee still excelled at school, he often slunk down in his desk at the back of the classroom, arms crossed, eyes glazed, silent. He found fault with his friends, and he often made these faults known, deepening the already considerable rifts between them. Slowly, one by one, each friend drifted away, leaving Jaidee to his solitary misery. Only Aran stuck around: though the script meetings had become biweekly instead of weekly, he still consistently attended, and even when Jaidee emitted his trademark grouchiness, Aran stayed and worked, dedicated as he was to finishing the Belly-Kos saga.

As time passed, however, Jaidee’s investment declined so sizably that by this day, he hadn’t written a thing, had just sat in the room watching Aran write, occasionally looking out the window.

Aran shook his head. “We’ve worked on this story for six years, nok. You can’t just abandon it.”

“We fight with little sticks,” Jaidee said. “We memorize dumb lines. Nobody cares about this story. Even Narong won’t allow himself to be tossed around anymore. It’s time to grow up.”

“Narong is an idiot.”

“I don’t know why you keep coming over here,” Jaidee said. “What does that mean?”

“I don’t ask for your help on this, but you insist.”

“Yes. You insist on coming over here and pretending we’re

still children. Isn’t that why you love the Belly-Kos story so much? So you can pretend we’re still little?”

Aran looked hard at the papers. “Why would I want to be little again, nok? You make no sense.”

Jaidee sighed. “I abandoned this project long ago. It’s clear. But still, week after week, here you are.”

“It’s not your project,” Aran said, turning around, glaring. “We started this together.”

“Are you sure about that?” Aran said.

“Well,” Aran said, inhaling deeply. “If that’s how you feel, I suppose I should go.”

Jaidee shrugged. “Do what you want.”

Aran sniffed, stood up, walked to the bedroom door. “So this is done?” he said. “For real?”

“It was done a long time ago,” Jaidee said, not looking up. “Well, okay then. Goodbye, nok.”

With Belly-Kos essentially defunct, Jaidee turned further inward, and much to the chagrin of his mother, he watched hours on end of the pirated American VHS tapes she kept in her closet. His favorite was American Blademan, a series about a man named Xavier Klein who’d been born with metal fingers, toes, knees, and elbows. Klein had initially hated his condition, had gone through high school a bullied mess, but once adolescence retreated, he transformed. A video montage, accompanied by sufficiently upbeat music, outlined his renewal—Klein lifting weights, Klein running marathons, Klein molding his fingers, toes, knees, and elbows into sharp, masculine weaponry—and in the end, he emerged a six-packed American superhero, vowing to fight all enemies, foreign and domestic, his body now a fortress, an armament, a sculpted work of art.

Jaidee watched breathlessly. At night, he envisioned Xavier shirtless, gleaming, unbreakable, his thick chest hair matted to his swollen pecs; his neck, arms, legs, veiny and bulging; his granite jaw, nose, ears, eyes an exercise in graceful symmetry. While his friends at school talked and giggled about girls, Jaidee thought about this actor, Chad Mirseth, a native of Chicago, a star who’d risen to fame after a series of car commercials in which he, only twelve at the time, had played a mischievous son who tried to drive his father’s truck down the driveway.

After Jaidee finished the series, he came upon a realization: because he’d had such deep feelings for Xavier Klein/Chad Mirseth, an American boy was undoubtedly in his future. This boy would be very much like Xavier Klein—tortured but beautiful, blond, strong, considerate, caring; a boy who put the welfare of others before his own, moved effortlessly in his body, and treated his family like royalty. This boy and he would eat together, sing together, meet at each other’s apartments, sleep together, and happiness would accumulate from days spent as a couple, touching. It was just a matter of time before this boy happened, he thought. He was out there waiting.

Time happened and the boy didn’t come. As Jaidee neared the end of his secondary school career, he became despondent, thinking that perhaps he’d have to seek out the boy after graduation, that he wouldn’t simply appear one day. But then, his last year of school, an English teacher named Victor Dunlap— tall, broad-shouldered, twenty-five years old, from Nebraska— joined the faculty. When Jaidee saw him, his body tingled, his heart hammered in monstrous beats, and his head bounced erratically above his body.

It happened, he thought. It actually happened. 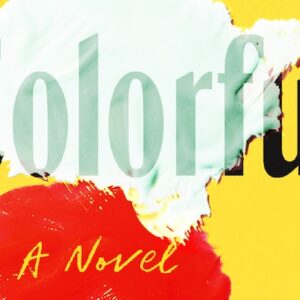 Colorful by Eto Mori, Translated by Jocelyne Allen, Read by Brian Nishii Every Monday through Friday, AudioFile’s editors recommend the best in audiobook listening. We keep our daily episodes...
© LitHub
Back to top