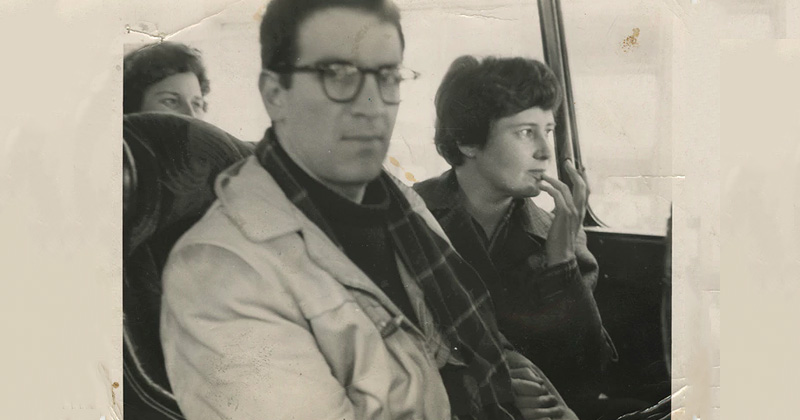 Nine years ago, I received an email from a man named Clancy Sigal. As I would soon learn, he was an octogenarian writer who had lived a far more colorful and fulsome life then I could ever hope to, and who, despite approaching ninety and with a bad back, managed to park himself in a chair and write every day. He had seen one of my articles in a small literary journal and had a few questions for me about the state of literary magazines. The questions were mostly immaterial, but the connection they sparked was not. Over the next decade, we would become something like friends—pen pals really, as we met only once in person, at his house in west Los Angeles—exchanging news and advice and complaints. He was spritely, overflowing with stories, and in possession of a charming kind of blue collar intellectualism. Though he had read and known everyone, he seemed incapable of pretentiousness.

Sigal died earlier this week at the age of 90. Over the course of his life he published a handful of books, ranging from novels to a biography of his mother to a revisionist take on Ernest Hemingway, but I admit to having minimal familiarity with them. Instead, it’s the man that’s held my interest. His unusual, but often overlooked, place in literary history is assured as much by the relationships he kept as the work he produced. For me, Clancy was an indelible literary character, someone who had stepped out of history and into my life, making it richer in a way I still struggle to understand.

I discovered over the years that I wasn’t the only one who kept up a correspondence with Sigal. Now and then I would meet another writer and somehow the subject would shift to this impish old man they knew, whose life seemed an endless font of wit and stories. It turned out that Sigal had these kinds of epistolary relationships with many writers, young and old, which made sense; he was an exemplary correspondent. His emails were unfailingly interesting, salted with amusing life sketches and peppered with quotes from Richard Wright and Nelson Algren, who once told Sigal, “All my writing life I’ve been trying to sell out but can’t find a buyer.”

Growing up in Chicago, Sigal was one of the city’s street kids, a brawler and old school socialist.  “We were corner rats, as the local grandmothers called us, hard-case adolescents,” he wrote in one email. His early years were marked by some of the century’s most formative events—the Depression (“with all that emotional baggage”), World War II, the Holocaust and the Nuremberg Trials, McCarthyism. Never content to indulge in American sentimentalism, he raged against the pieties of his age: “For me, EVERY generation is ‘the greatest’ for surviving not only war but the shit we came from and the shit we often come back to.” Despite seeing action in Europe, Sigal believed that some of life’s most important battles were foremost about class. He saw his generation of veterans as bearing “a sort of economic PTSD, from the shock and awe of mass unemployment and the ordinary violences of a shortchanged prewar life.” In the words of Jack, a fellow veteran who he called his oldest friend, “Your mother and mine spent more time on the combat line than any soldiers, only it was an undeclared war in our homes. You and me, too, we’ve been at war all our lives.”

He spent the 50s in Hollywood, where he worked as an agent to stars like Humphrey Bogart and moonlighted as a left-wing agitator; he was blacklisted after a studio head caught him using the company’s mimeograph machine to print out communist leaflets. He went partially underground, which meant finding work under an assumed name at a talent agency in the Valley. FBI agents, on the hunt for subversives, began tailing him and harassing him at home (they also bothered him for help getting dates with starlets and once ran his car off a cliff in Malibu). Last year, Soft Skull published a memoir, called Black Sunset, of his Hollywood years. Here’s how Sigal described the book, which then had the working title of Ten Percent, in an email:

A Hollywood agent in a time of terror and blacklist paranoia when crazy people had their fingers on the nuclear trigger.  You could see the flash of atomic blasts from the rooftop of the talent agency where I led a double life as a hustler by day and dodging J. Edgar’s spooks by night. The Scarlet Pimpernel as Sammy Glick. LA before pilates, the Pill and yoga. Not a nostalgic look back at ‘golden age Hollywood’ but written in the present tense as if it is happening now. A dark comedy because I’d been blacklisted and now was hiding in plain sight from my FBI tormentors only to find that the price of survival was to blacklist others.

It’s that refusal to turn toward nostalgia that distinguishes Sigal. He was uncompromising all his life, which led to his blacklisting and his decision to leave LA—a journey he partially chronicled in the autobiographical novel Going Away, which was nominated for a National Book Award and has been compared to On the Road as a document of its age.

His flight from McCarthyism eventually took him to England, where he’d spend 30 years. He fell in love and lived with Doris Lessing (she made him Saul Green in The Golden Notebook), wrote for the BBC, and worked with the radical psychiatrist R.D. Laing. The patient and celebrity shrink would eventually open a sort of halfway house, called Kingsley Hall, where they welcomed other societal refugees—mostly schizophrenics who refused, or were simply not helped by, conventional treatments. He described them in one of his email dispatches:

The place was a godsend to the rejected mad. On they came, in slews and droves, any hour of the day or night, the crazy, lonely, homeless, given-up-on-themselves, psychotic and neurotic. The lost and wanting-to-be-found, finding a haven with no locked doors or coercive medical jargon: seeking what in life is absent, compassion, pity, kindness, decency, mercy and tolerance for mood swings and odd behaviors. Almost without exception our first guests breathed a sigh of relief,  “At last, someone actually understands.”

Later, after a spell of homelessness, he linked up with a man named Harry Pincus, with whom he had worked at Kingsley Hall. Through Pincus, Sigal began working with Vietnam War deserters and draft dodgers, whom he helped obtain false papers and smuggled to the British countryside or out of the country altogether. Buzz-cutted young American men were turning up in London, on the run from military service and, sometimes, the British police, who could easily pick them up for violating NATO’s Visiting Forces Act. From there, it was a quick transfer to an American military prison. Sigal took in as many of these men as he could, along with a “fair share of fantasists, liars, charlatans and, on rare occasions, real live government spies.”

These are just a few excerpts of a life that mostly defies summary. There was the time he went to the Nuremberg Trials with a plan to shoot Herman Goering. He was drinking buddies at UCLA with future Watergate maestros HR Haldeman and John Ehrlichman, who he once caught writing down the names of student protestors for his handlers in the FBI and LAPD. A lifelong radical, he joined the SNCC in organizing and registering southern voters when Civil Rights workers were facing daily violence. Sigal also started a family when he was nearly 70, wrote the movie Frida, taught at USC and in London, and churned out defiant political essays for the left-wing organ Counterpunch.

He wrote to the end—his last political dispatch went out to an email list just a few weeks ago—and undoubtedly has several more manuscripts in the drawer, which a prudent publisher would do well to pick up, along with his mostly out-of-print backlist (some of which is available in e-book form through Open Road).

Despite Sigal’s industriousness, he wrote of feeling “blocked and depressed my whole life,” which makes his persistence all the more remarkable. Facing a depression of my own last year, I confided in him about my frustrations over freelancing, which he once called “the royal road to the poorhouse.” He came back with the kind of hard-bitten wisdom that only someone of his inimitable experience could have: “’Blocks’ attached to dark soul nights attached to anxious depressions attached to absolutely no way out seem to be a tax we pay to God or our talent or ambition. No shit we take from other people is anywhere near as devastating as the shit we give ourselves,” he said. “The main thing is to survive, and the writing will surface in its own good time if you really want it to.”

The glory of Clancy Sigal is that, for 90 years, he did survive. And for those of us fortunate to have known him, even as a consoling voice on the other end of an email, we can be grateful. He may no longer be here, but he’s given us enough work, enough joy, to sustain us, and his small legend, for years.

Jacob Silverman is the author of Terms of Service: Social Media and the Price of Constant Connection. He's also a contributing editor and a columnist for The Baffler.
http://jacobsilverman.com/

So You've Decided to Write: On Editing James Salter 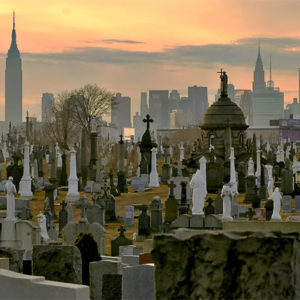 Jennifer Firestone is a poet whose next move is always a thrilling surprise. Her work spans topics and approaches: from a critique...
© LitHub
Back to top