On Heaven, Language, and the Accessibility of Knowledge

On this episode of Rekindled, Emerson Whitney speaks to Arisa White and Michelle Tea about their memoir, Heaven, which, in Whitney’s words, is about womanhood, motherhood, selfhood, and trans-ness. The three authors discuss the malleability of the subjective “I” pronoun, the history of the hybridity of language, and being thankful to Maggie Nelson for re-engaging the world with auto-theory. Please purchase Heaven online from your favorite local bookstore or through Bookshop.

Arisa White: In thinking of hybridity and trans-narratives, were you trying to push the line, or reinvent the line, make a new line, or just break it all down?

Emerson Whitney: I was looking at the etymology of “try” recently, because I’m writing this book about storm-chasing and masculinity. I have a lot of ideas of what masculinity is and what isn’t, and if it is “trying,” like if it is permanently trying and failing. The etymology of “try” though, the basis is “to strain.” So in some way this book was the hardest thing I’ve ever done, but it also moved really quickly through me in a way, because these are memories that were so cellular, and it didn’t take a lot to reengage them. So I don’t think “trying” was really happening, “wanting” was happening though, and what I wanted was for people to have a felt sense rather than exclusively an intellectual sense of what was happening, and I do believe that happened.

Sheltering: Michael Arceneaux on Emotional Debt and Keeping Your Joy

FSG Live: Tom Rasmussen on Diary of a Drag Queen 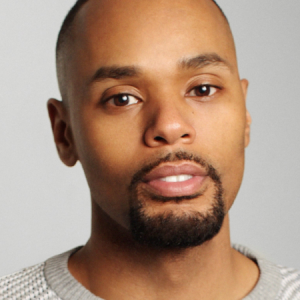 Sheltering: Michael Arceneaux on Emotional Debt and Keeping Your Joy

On this episode of Sheltering, Michael Arceneaux speaks with Maris Kreizman about his recent book of essays, I Don't Want...
© LitHub
Back to top