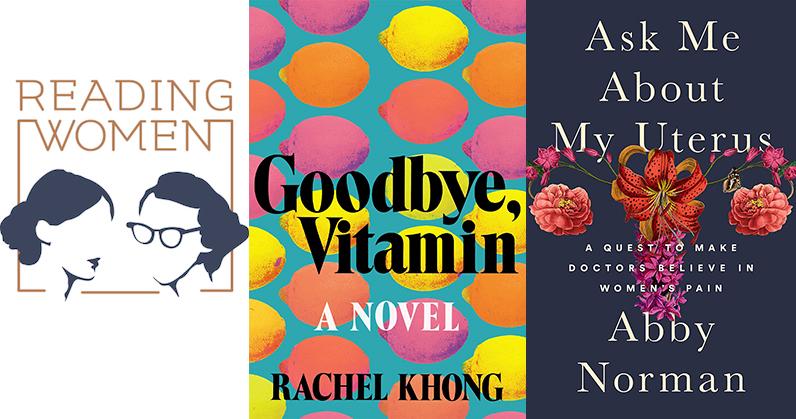 Sachi Argabright: [Goodbye Vitamin] is this short and very witty epistolary style novel about a woman named Ruth, who recently split with her fiancée not on very good terms. As a result, she moves back in with her parents, not only just to get away from everything that kind of reminds her of her fiancée but to also take care of her father, who is in the very early stages of Alzheimer’s when she moves back in. She runs into some familiar faces while she’s back in her hometown … [and] runs into that feeling that probably most of us get when we go back to visit our parents. You’re in your own town around the holidays, and you’re running into all these people from school that you may or may not want to see. There’s a little bit of that in the book. She makes some new friends along the way but also learns more about just herself and her family in this beautiful debut novel.

I really loved this book. I’ve heard a lot of other people just rave about this, so I picked it up. It’s something you can read just in a couple sittings because it is short and written with the style of letters. I feel like it’s a little quicker to get through those types of books, and I think I’ve mentioned on the podcast before I love stories that are written in the forms of letters. This one is unique because, at first, because you’re not really sure what the letters are being used for or why Ruth is writing them, nut it turns into this kind of diary of events while she’s living with her parents. Some entries are very matter of fact, like this is what happened today, and other entries are more reminiscent of she sees something or hears something that reminds her of her past, since she’s living in her childhood home. Those are the pieces that I loved most, the very reflective pieces. You start understanding the relationships in the background of the members of this family and how the background really informs how they react to the father, Howard, who you know is falling into the later stages of Alzheimer’s disease.

Ruth has a really dynamic relationship with her parents. Some moments are very tender. Some are very strained. You really grow attached to the characters, and you really empathize with them when their lives start changing as Howard shifts more from the father figure to someone that they really need to take care of on a full-time basis. Howard usually forgets why they’re helping him with things, saying things like “Why would you help me with this? I could do this by myself.” It opened my eyes to the challenges of being a caretaker for an adult and just the immense amount of hurdles that Alzheimer’s creates for a family. … I enjoyed it immensely, and I highly recommend it.

Kendra Winchester: I think there definitely needs to be more books about caregivers and the struggle of being a caregiver for a person you love. As their body deteriorates or their mind deteriorates, they become someone you don’t know, but you still love them and care for them. There’s a lot of emotional turmoil that goes with that.

Sachi: Right. There are some kind of twists and turns you find more about people’s past within the family, and then you know the way that they can react to certain things has to change a little bit because they are sensitive to what Howard is going through. They can’t confront him with certain things because he can’t remember, so that adds just another layer. If you’re a kind of a person that is very plot-driven, I feel like this book satisfies both people who like plot-driven novels and character-driven novels, either way or both, because there is so much character development in so little pages. Also, there’s a lot with the plot that kind of goes on in the year that this book covers, so I think it has something to offer for everyone.

Kendra Winchester: Ask Me About My Uterus is about Abby Norman’s experience being a young woman with endometriosis. The book starts out where she’s at college and starts having this very severe pain, and she goes to the doctor. After a little while, she figures out that she has endometriosis. The journey doesn’t end there, though. She has to leave college and tries to figure out her life. She has to become her own advocate. The book also covers not just the memoir portion of her life and her childhood, but also covers the history of endometriosis and women’s pain and how basically the entire medical community has struggled since the dawn of time to believe that women are in as much pain as we often are and how, basically, doctors still diagnose women with hysteria all the time and how that is a problem. You would think that we wouldn’t need this book, but as someone who also has endometriosis and polycystic ovarian syndrome and has a lot of other health issues, I can say that, basically, that is a huge, huge problem. Having personally experienced this, I was putting off reading
this book because sometimes they’re just too close.

Sachi Argabright: Yeah, it could be triggering or traumatic a little bit to see it on the page.

Kendra: Exactly. You might find it very emotionally difficult just to read the book, but I found the way that she wrote the book wasn’t too overwhelming for me. … I learned so much about endometriosis because the belief that it’s the lining of a uterus is actually from a study in 1922 or something and how that was really outdated. Basically our knowledge is really outdated, and it’s starting to be updated fairly recently because of sexism and the patriarchy and how that affects the medical research field. That was very technically accurate, I am sure.

Sachi: Yeah, I think this book … very much gives a good balance, or is written in a way that’s very balanced between giving a firsthand accounts of what it’s like to live with these illnesses but also of just being very fact-based and showing the research behind this in a way that’s very easy to digest. I’m definitely not well versed in the medical language or any of the technical aspects of medicine, but … I felt like I was easily able to grasp the facts or details related to this and can relate it back to this person’s experience, based off of the memoir-type portions of the story.

Kendra: Yeah. I think that with some diseases, you have a huge frame of
reference. Having a stroke or a heart attack or cancer, most people know someone who’s had that, and they have that frame of reference to refer back to. But with endometriosis, I feel like a lot of women, even when they do have it, don’t talk about it because it’s our uterus. We’re not supposed to talk about our ovaries, fallopian tubes, and so on and so forth. There’s just what my grandma calls “female problems.” … There’s that generational thing of not talking about things related to your uterus, but one of the things Abby points out is that men can get it too.

Kendra: So it’s not just for women, and it’s not just around your uterus. It can be on the backs of your eyeballs. So I feel like you can really see how sexism has played a huge role in the lack of research about this particular disease and what that actually looks like for young people, people of all ages, who have this disease. I just learned so much, really.

Sachi: I know, I learned so much too. She also very much outlines that there’s still so much unknown. … Forever, people thought, If you have this, then you may or may not be able to have children, so have children right away. All these different things. It’s like, there’s multiple counts of different kind of outliers that aren’t researched at all, or no one cares to research why these are happening or wants to learn more about this disease just because medicine is such a male-dominated field. To your point, they find that men can get this as well, and you would think that would build a sense of urgency. I guess not. 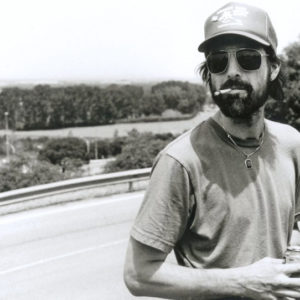 David Berman, songwriter and poet (and cartoonist), died yesterday at the age of 52. Though he never reached the widespread...
© LitHub
Back to top