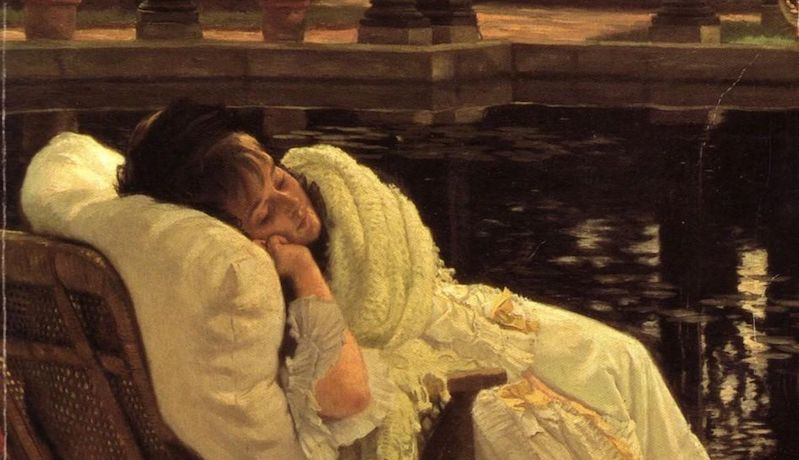 We know that Tolstoy’s reading of a collection of Alexander Pushkin’s fiction on March 18, 1873, brought on an urge to write; sometime later that day, his right hand picked up his pen and, instead of trying again to inspire himself about the court of Peter the Great in 1700, he began describing a modern high-society party where a floozy of a wife was carrying on an affair under the nose of her good, honest husband. The thought of that cuckolded husband mocked by a depraved society evoked more pity and alarm in Tolstoy than the thought that that same wife would kill herself. Her husband, who had been humiliated while she lived and cheated, would soldier on. Or would he kill himself too? Tolstoy wondered. How her suicide would happen, Tolstoy didn’t know or care. The poor husband!

Sofia wrote, in her “Various Notes for Future Reference”:

Last night L. suddenly said to me: “I have written a page and a half, and it seems good.” I assumed this was yet another attempt to write about the Peter the Great period, and didn’t pay much attention.

She must have heard something like this often enough from her husband that his vague mention of that night’s accomplishment did not impress her:

But then I realized that he had in fact embarked on a novel about the private lives of present-day people.

How exactly did she realize that? Had Tolstoy stood up and walked over to her and shyly handed over the page and a half? Did she start to read it and become confused? But, Levochka, what does this have to do with Peter’s time? That’s not true of Peter’s time!

She only remarked in the notes to herself: “So strange, the way he just pitched straight into it.”

. . . this evening he read various other excerpts from the [Pushkin] book, and under Pushkin’s influence he sat down to write. He went on with his writing today, and said he was well pleased with it.

In the next four years of working on Anna Karenina, Tolstoy would communicate having had one, maybe two more experiences of being “well pleased” with what he had written that given day. Some of the pleasure of these first two days of work may have had to do with his relief of escaping the complications of the Peter project.

Sofia added a detail concerning the second day of his work that helps dissolve the image we might conjure up of artists as relentless slaves to their work. Tolstoy was not working all day; sometimes he was out playing: “At the moment he is out looking at the fox with his two sons, their tutor Fyodor Fyodorovich and Uncle Kostya. This fox runs past the bridge near our house every day.”

That fox might be seen running through Tolstoy’s procrastinating mind for the next several years; mostly in periods of feeling unable to write, he would, grumbling about his frustration, get up from his desk and go hunting.

Sofia was now excited for him, for them, and on March 19 wrote her sister Tatyana: “Last night Levochka suddenly unexpectedly began writing a novel of contemporary life. The subject of the novel—an unfaithful wife and all the drama proceeding from this.” After Tolstoy had been working happily on Anna Karenina for a week, he wrote to Strakhov. After commiserating with his friend’s health problems, he shyly opened up: “Now I’ll tell you about myself, but please, keep it a great secret, because nothing may come of what I have to say.”

Nearly all my working time this winter I have spent studying Peter, i.e., summoning up spirits from that time, and suddenly a week ago Seryozha, my eldest son, began to read Yury Miloslavsky with enthusiasm. I thought he was too young, and read it with him, then my wife brought up The Tales of Belkin, thinking she would find something suitable for Seryozha, but of course found he was too young. After work I happened to pick up this volume of Pushkin, and as is always the case, read it all through (for the 7th time, I think), unable to tear myself away and seemingly reading it for the first time. But more than that, it seemed to resolve all my doubts.

The resolution of his doubts had to be about quitting the Peter project. The light from Pushkin’s brilliance exposed Tolstoy’s efforts’ seeming lifelessness.

It’s as if Tolstoy woke up in Pushkin-world and put on his own seven-league boots and started striding over the heads of all the other writers:

Not only Pushkin, but nothing else at all, it seemed, had ever aroused my admiration so much before. The Shot, Egyptian Nights, The Captain’s Daughter!!! And then there is the fragment The guests were arriving at the country house. Involuntarily, unwittingly, not knowing why and what would come of it, I thought up characters and events, began to go on with it, then of course changed it, and suddenly all the threads became so well and truly tied up that the result was a novel which I finished in draft form today, a very lively, impassioned and well-finished novel which I’m very pleased with and which will be ready in two weeks’ time if God gives me strength, and which has nothing in common with all that I’ve been wrestling with for a whole year.

Let’s consider this prediction of Anna Karenina being “ready in two weeks’ time” as one of the biggest miscalculations in literary history. And what could Tolstoy have meant by “a novel which I finished in draft form”? Some of us think of drafts as compositions that run all the way from the beginning to end. All the material is on the page; it just needs to be rewritten, reordered, revised. But Tolstoy didn’t mean that. His “draft” of the novel consisted of a few scenes and a list of notes.

His first plan, a story in four parts plus an epilogue, looks like this:

Prologue. She leaves her husband under happy “auspices.” She goes <to meet> to console the bride and meets Gagin [the name of the future Vronsky].

Chapter 1. The guests gathered at the end of winter, and were awaiting the Karenins and talking about them. She arrived and conducted herself indecently with Gagin.

Chapter 2. She has it out with her husband. She reproaches him for previous indifference. “It’s too late.”

Chapter 3. <In the artels> Gagin from the riding-ring gathers himself to go to the meeting. His mother and brother advise him to go to her. <Party at her place. The husband.>

4th Chapter. Dinner at the Karenins’ with Gagin. The husband, conversation with the brother. St[epan] Ark[ad’ich] calms things down on the account of the German party and on account of his wife.

Chapter 6. She runs to him, reveals her pregnancy, revelation to her husband.

The basic story had come to him in a few scenes. He would not hereafter be inventing all the plot points. Those of us who have read the novel can recognize these notes’ connections to it. But Tolstoy has not created the Anna we know yet. The most cinematic pre-cinema scene in literature, the horserace, is in place—with the consequent fall. Tolstoy never imagined Vronsky winning that race. No matter what, Vronsky will fall off his horse, and his fall will precipitate Anna’s announcement of her pregnancy to her husband.

Chapter 1. The lovers sit, and he begs her to separate from her husband.

She separates and says that “I’m dying.”

Chapter 2. The husband is in Moscow, S[tepan] A[rkad’ich], wearing himself out, goes off to the club, the conversation with his wife. The family of S A. The unhappiness of A[leksei] A[leksandrovich], he says that there is no way out, it is necessary to bear the cross.

<Chapter 3.> He reads all the novels, studies the question. Everything is impossible. He goes to Troitsa, the meeting with the nihilists, his consolation. He fasts. The telegram. {She writes:} “I’m dying, I ask your forgiveness. Come.”

Chapter 3. Her dream again. Her terror <—the devil>. Leaving him and the son.

5th Chapter. She steadies herself on Christian feeling, she lowers the blinds, and remembers everything and suffers. They whisper to themselves that this is impossible.

Of Part 2, drifting into Part 3, we see the primary characteristic of Karenin: he will bear the suffering.

Chapter 1. Guffawing in society. They want sympathy. He comes; but at home he sobs.

Chapter 2. [She is] <Outcast> in society; nobody comes <except for rubbish, she shines. His scene to her.

Chapter 3. He pulls away, the son to the mother, and he writhes like a butterfly.

4th Chapter. Nihilists at her place. He leaves> he scolds them. <She becomes jealous. So it’s necessary to leave for the country.

5th Chapter. He plays at the club. They are in the country, nothing besides animal relations; they built a life for what? He leaves. {“}So I leave, too.{”}

6th Chapter. It is established: he is in society, she is at home, her despair.

Things are bad for Anna. Even if we cannot detect much sympathy from Tolstoy in these little details, we see at least her isolation.

Chapter 1. A[leksei] A[leksandrovich] hangs about like an unhappy person and is destroyed. His brothers. St[epan] Ark sees her and feels she is unhappy and wants to help her. The only thing—Christian love. She pushes away. The dispersal of finances. The ice melts. She complains and despairs.

2nd Chapter. He is happy, he comes. A babbler excites her jealousy. But the home is unhappy. It’s impossible to go to war.

5th Chapter. She leaves the house and casts herself away. 6th Chapter. Both the husband, the brother.

These couple of pages, containing some seeds that will grow and some that won’t, sprout into several hundred pages.

Later this spring, Tolstoy imagines what will become Part I of the novel. He sketchily invents Stiva’s tumultuous life and in “Variant No. 4” creates Levin:

Ch. 1 Stepan Arkad’ich wakes up and explains himself to his wife.

A bunch of business.

Ch. 3 At the zoological garden, Ordyntsev with the bull and skates with Kitty.

Ch. 4 Dinner <and explanation about marriage> of three. Stepan Arkad’ich rides <home> to mother-in-law’s, reconciliation. I’m guilty, what do you want?

Ch. 5 <Party at the Shcherbatskis’. Ordyntsev told a lie, confused.> Ch. 6 <He goes to the country.>

Ch. 8 The arrival of Anna Karenina. At the railroad. Ch. 9 She captivates everyone.

Ch. 10 The ball at the governor’s and departure for Petersburg with Udashev [Vronsky]. 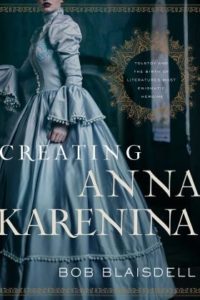 Bob Blaisdell is Professor of English at the City University of New York’s Kingsborough College. He is a reviewer for the San Francisco Chronicle, the Los Angeles Review of Books, The Christian Science Monitor, and the editor of more than three dozen Dover literature and poetry collections. He lives in New York City.

It Takes Many Voices to Find the Truth 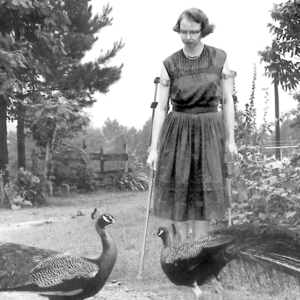 Our stories about illness are imprinted with the words of those who suffered before us. These writers—be they among the dead,...
© LitHub
Back to top
Loading Comments...