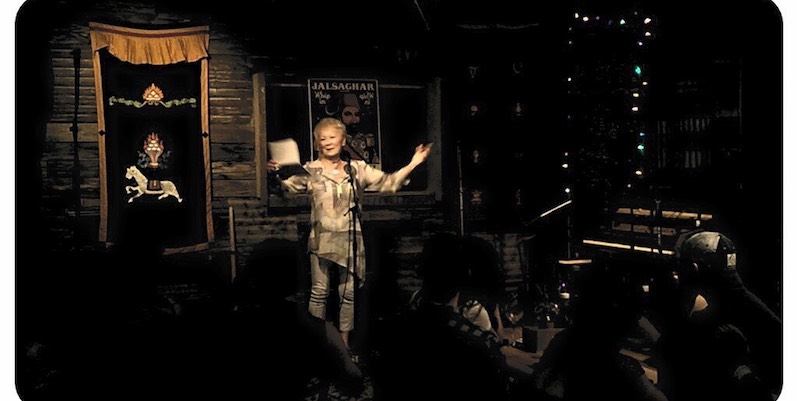 Reading Across America:
The Quirky Austin Reading Series for Works-in-Progress

Owen Egerton on One Page Salon, a True Artists' Social

I like hanging out in bars with writers. I’m not sure why—writers are not the easiest company. We’re more often than not a mixture of insecurity and awkward pretension. We’re introverts with a deep desire to be world-famous. We’re a wacky breed.

Hanging out in bars with writers, comics, and musicians was a common evening in my younger years. Then came kids, deadlines, and the delights of domesticity. So in 2013, in an act of pure selfishness, I started the One Page Salon reading series in Austin, Texas. Now I’m obligated, for at least one night a month, to hang out in a bar with writers.

Our first home, the Whip In, was an Indian restaurant and microbrewery run by my friend Dipak Topiwala. After a couple of years, we outgrew the Whip In and moved to the North Door in downtown Austin—a beautiful, high-ceilinged, black-walled bar and performance space which, inexplicably, does not have a north-facing door. 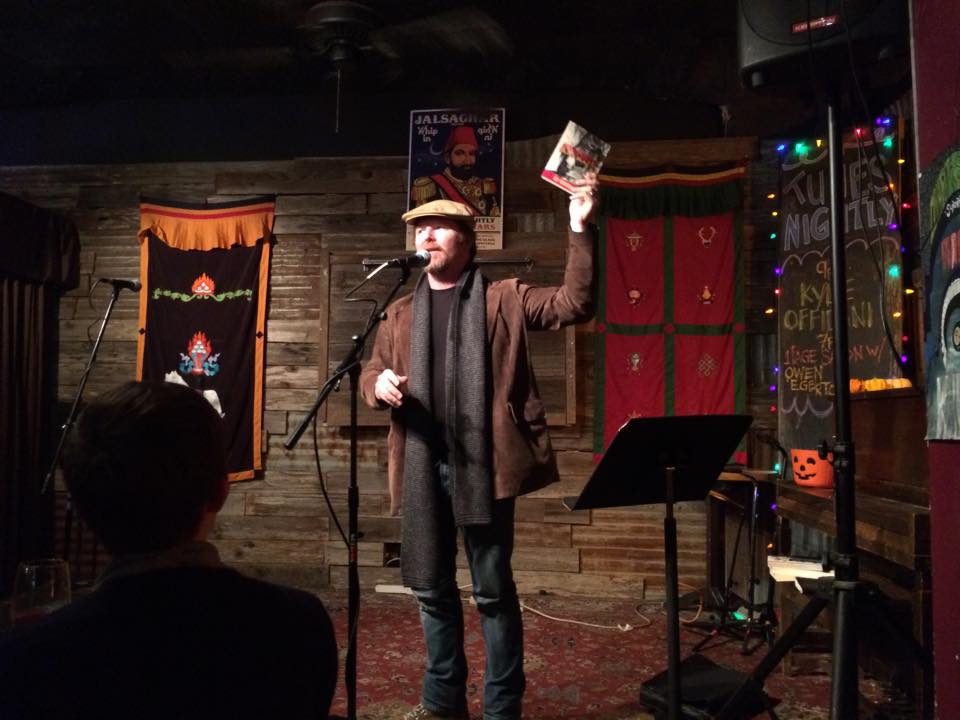 The concept of One Page Salon is simple: We invite four to six creatives to read one page of a work-in-progress. Requesting a work-in-progress takes some of the pressure off the readers—there’s no need to provide perfection. And requesting only one page takes some of the pressure off the audience. No one in the history of literature has ever thought, “I wish this reading were longer.”

Through the years, some readers have attempted to subvert the one-page rule using 6pt font, razor-thin margins, hastily taped-on page extenders, or scrolling down their phone, where a page can theoretically last forever. But a single page is a delightful length—there’s enough space on one page to thrill, shock, confess, and shine. Enough words to wow or bring a room to tears. Poets have always known this, but we novelists are a little slower on the uptake. 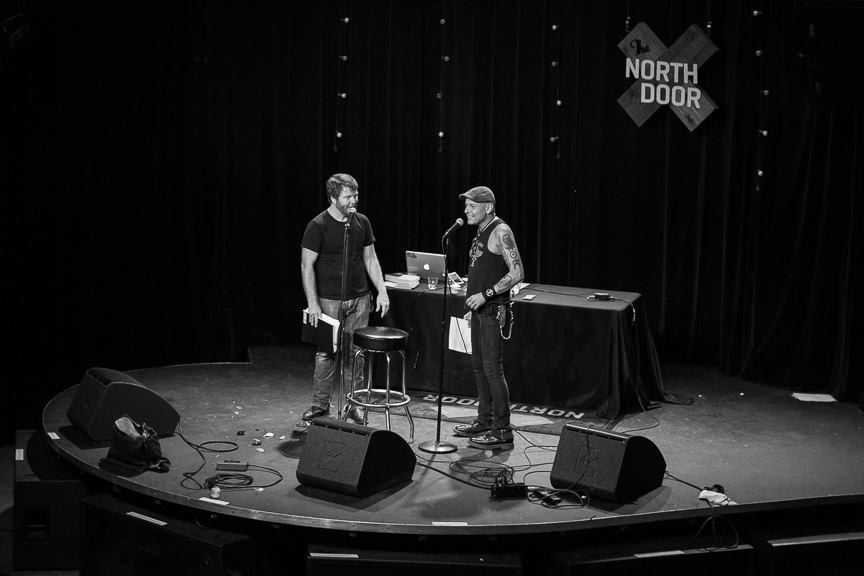 When I started One Page Salon, the night was all writers, but the lineup almost immediately evolved to include musicians, filmmakers, comic book artists, and comedians. Some presenters are my friends and collaborators, while others heard of the salon through word of mouth and reached out to me. Quite a few are heroes of mine—creatives I greatly admire and worked up the courage to invite.

Depending on the artist, sometimes the page is actually a song, a performance piece, or a film clip projected on the North Door’s 20-foot screen. Presenters include New York Times bestselling authors and unpublished writers; some are accustomed to reading before crowds, and others have never faced an audience.

The mix-match of styles, genres, and career levels gives each night its own kind of flavor. A lineup may containa dash of slam poet, a sprinkle of established sci-fi screenwriter, and a smattering of debut literary novelist, topped off with a jazz vocalist.

I, or one of a handful of other hosts, play the fool-emcee, keeping the pace up, maintaining the mood, calling for applause, and—hopefully—relaxing the readers. I do a quick onstage interview with each presenter before their reading—a little bit about who they are and what they do. Then I ask them three pre-determined questions—things like “What writers, living or dead, would you want to play Spin the Bottle with?” or “If you could travel back in time and give 13-year-old you a single book, what would it be?”

The answers are interesting, often funny, but more than anything, they help the presenter ease into the microphone and feel the warmth of the crowd. It can be a daunting experience to stand in front of the room with nothing but your latest words. My job is to make that easier.

Often we’ll add a BYOP (Bring Your Own Page) segment—our version of an open mic—when we’ll draw a name from a hat and invite someone from the audience to share a page. These readers step out on a wire without a net, bravely baring their souls on the spot. And more often than not, their bravery is rewarded by the warm reaction of the audience. Similarly, during a Writers’ League of Texas-curated salon, Becka Oliver initiated our One Sentence Salon—readers line up and present their sentences in succession, creating a mixed-up, Burroughs-esque paragraph.

Over the six years of One Page Salon, there have been countless stand-out moments, including: weird-fiction novelist Andrew Hilbert ripping his shirt off mid-reading; the poets of Typewriter Rodeo typing improvised poems on the stage; Amelia Gray FaceTiming from LA and reading her page while preparing dinner; Joe Brundidge poetically ranting, laughing, and preaching; comic Kath Barbadoro reading out a month’s worth of tweets; Little Mazarn making me cry with only a banjo and a saw; sometimes-rabbi Robin Chotzinoff leading the crowd in a profanity-laced and profoundly beautiful prayer; and my mother, Dr. Judith Egerton, describing the medical speculums with which she filled her children’s Christmas stockings. 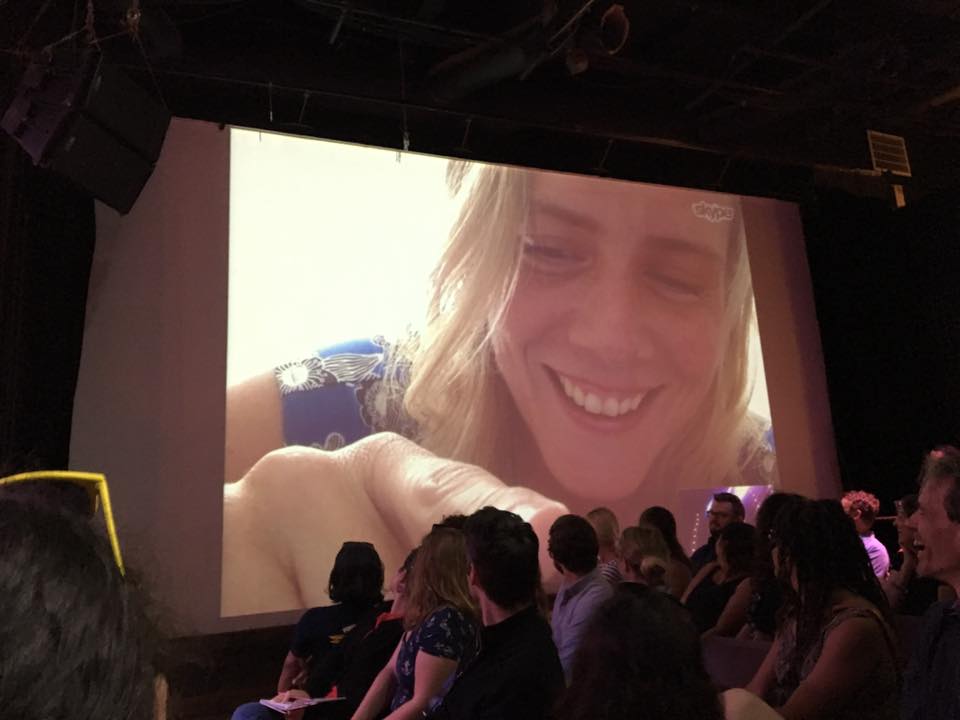 There have also been times of courageous vulnerability, like Kathy Valentine of the Go-Go’s sharing a painful page of her memoir-in-progress and bringing a raucous bar to a standstill; author and activist Brooke Axtell singing stories of her experiences with sex trafficking victims; first-time poet Nancy Thomas nervous, near-tears, and blowing the crowd away; and musician and artist Bob Schneider playing a song so mesmerizing the room crystallized in silent awe for a full five minutes.

As I write this, I’m thinking of a hundred more examples—exquisite flashes of stories thrown and images caught, that magic intimacy where someone shares the word for what you’ve felt but could not express, and bursts of outrageous laughter followed by moments when the North Door hums with the holy.

To open events, I love reading a particularly cool page of a writer who couldn’t be there that night, usually because of death. A little Walt Whitman or some Shirley Jackson to warm the waters. Or I’ll read a Choose Your Own Adventure novel and have the audience vote on each decision. I also enjoy bantering with occasional hosts like Felix Morgan and Seth Meeks, or being mocked by my musical accompaniment, the ever-Irish Johnny Holden.

But my favorite part of any One Page Salon is the intermission. We take a 15-minute break in the middle of the lineup, which gives the bar a chance to sell a few more beers and allows writers an opportunity to sell a couple of books from a table in the back. But most importantly, it’s a chance for cross-pollination. 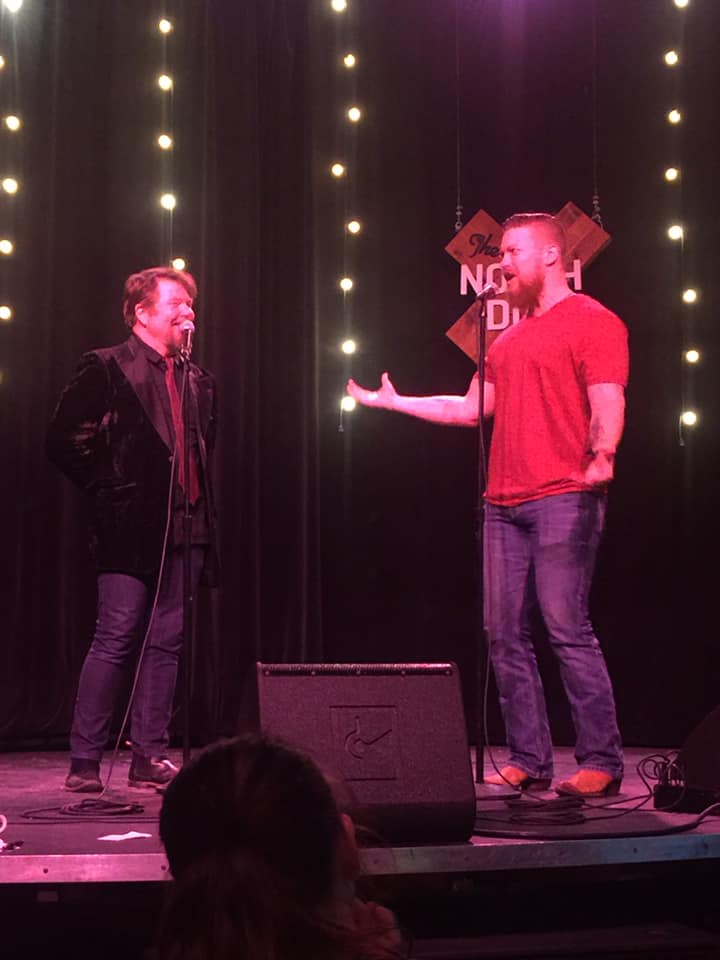 In any one night, we’ve got writers, readers, publishers, filmmakers, artists, improvisers, and game designers—a full selection of Austin creatives. Seeing creative circles overlap—poets with programmers and comics with cupcake bakers—is a thrill. I like to think of every conversation as an experiment in collaboration, or, at least, cross-inspiration. Intermissions have birthed partnerships, podcasts, writing groups, and a few surprise friendships. That’s what it’s all about.

Creating can be a lonely exercise. A solo expedition into a story, an idea, or a project. I enjoy the solitary nature of the work, but I also need One Page Salon. I need the writers and readers and creatives. I need interaction with people with the same odd obsession, members of the same strange, fanatical religious order dedicated to building worlds out of words, images, and melodies.

Take a coal out of the fire for too long and its glow wanes. But if every so often you can find the fire, the gathering of burning embers, the coal will regain its heat. That’s One Page Salon for me. After an evening watching and listening and talking, I can return home to my dark desk burning with just enough light to write by.

Owen Egerton, an award-winning filmmaker and novelist, is the writer/director of three feature films, most recently Mercy Black, which premiered on Netflix this past spring. He’s the author of five books of fiction, including the novel Hollow, which was named one of the Best Books of 2017 by NPR. Egerton is also one of the comics behind the Alamo Drafthouse’s “Master Pancake Theater” and has been voted Austin’s Best Author by the readers of the Austin Chronicle six times. 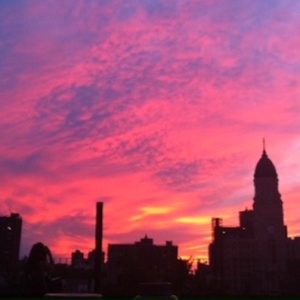 In 2013, I moved to New York City alone. I had just divorced and graduated from the Iowa Writers Workshop. My first novel...
© LitHub
Back to top
Loading Comments...