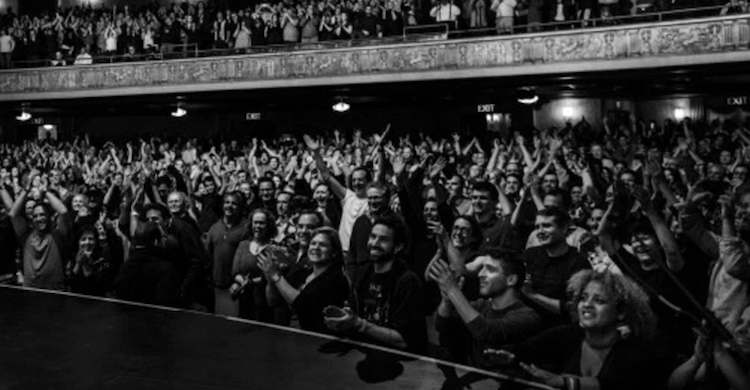 Reading Across America: A New Series on Literary Community

On the Power of Live Literature

“It’s fun to curate this series, but my favorite part is just hanging out with people.” Roshan Abraham, curator of Brooklyn’s Final Fantasy reading series.

In our new alternate reality, where journalists are denounced and divisiveness is government policy, celebrations of the written word and artistic camaraderie are more vital than ever. Pages may be written in solitude, but the mingling and exchange of ideas at literary gatherings can be revitalizing for writers and lit enthusiasts, especially for those living in isolated areas outside cultural hubs. Whether held in nontraditional venues like bars and nightclubs or the more formal settings of university auditoriums and concert halls, readings enlighten, entertain, and create a sense of community.

It’s heartening to see the growing number of regularly scheduled book events across the US, including recent launches in New Orleans (#YeahYouWrite), Charlottesville, Virginia (The Charlottesville Reading Series), Austin (TL;DR), San Diego (So Say We All), and my neighborhood of Crown Heights, Brooklyn (home to four new series in 2016 alone!). Both large scale events and intimate salons are thriving in New York, LA, Philadelphia, Miami, and Chicago, as well as in more remote corners such as Providence, Omaha, Morgantown, Fairbanks, and Missoula. Offerings vary widely, from casts of professional actors reading work by established and emerging authors, as in Liars League NYC and LA’s WordTheatre, to hybrid readings and dance parties, like NYC’s Final Fantasy and the Couplet poetry series. Readings might be organized to showcase students and emerging writers, launch debut authors, or mark the release of a magazine’s latest issue.

A reading can also be an outlet for public mourning and a means to transmute hopelessness into constructive action. At a packed event at a Brooklyn bar the day after David Bowie died, author Marie-Helene Bertino stepped to the mic and led off her reading with a breathtaking rendition of Bowie’s 1980s touchstone “Let’s Dance.” For the numb audience, it was a much needed release. Similarly, a recent launch party for FLAPPERHOUSE magazine’s 12th issue boasted a special appearance by the late Leonard Cohen, channeled by an editor reciting the lyrics to the classic “Democracy,” while attired in the legendary writer-musician’s customary fedora and tailored clothing, At PEN America’s pre-inauguration Writers Resist rally outside the New York Public Library, notables like Colum McCann, Jacqueline Woodson, Rosanne Cash, Eve Ensler, Siri Hustvedt, and Rita Dove shared galvanizing poetry and prose and urged the crowd to resist racism, misogyny, and xenophobia. Curators can do their part to promote social justice by bringing a wide range of voices to the stage, opening listeners’ hearts and minds.

Today I’m thrilled to introduce a bi-monthly column on community-based reading series, featuring contributions from curators around the country who’ll share insights on establishing a successful series at the grassroots level. You’ll see essays on key organizational elements, from choosing a venue and selecting programming to building an audience, branding, and promotion. We’ll also hear accounts of innovative themes and formats, multimedia and mixed genre events, unexpected mishaps, and the antics of notorious readers.

In one eye-opening piece, Stephen Langlois of BREW, a series held at a Brooklyn café, notes that the inevitable intrusions at a loosely controlled alternative setting spark spontaneity and enliven performances, as when a reading about a sociopathic sex-addict was interrupted by a mom seeking snacks for her two accompanying children. And last March in LA, guests passing through the Standard Hotel’s lobby encountered a freewheeling reading hosted by Autre Magazine, and some lingered, intrigued by the proceedings.

Acclaimed memoirist Wendy Ortiz, who hosted the long-running LA-based series Rhapsodomancy, has some revealing insights in store for us, including how being thrown into the role of cultural gatekeeper led to tension with a mentor, and why producing a reading series is similar to editing a literary journal. For writers who are considering launching a series or struggling now to balance curation and their own writing careers, Ortiz’s piece will be essential reading.

If you’re running a literary event now or have hosted one in the past, I’d love to hear from you—pitches are welcome. I’m especially interested in stories from out-of-the way places or “book deserts” with limited access to libraries and bookstores. You can reach me at PRoth@lithub.com.

Penina Roth is the founder and curator of two popular literary events in Brooklyn, NY.: the Franklin Park Reading Series and the Manhattanville Reading Series. Also a freelance writer, she has published articles and reviews in the New York Times, New York Post, The L Magazine, and other places. 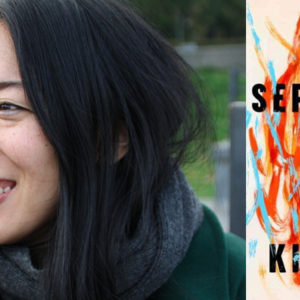 Katie Kitamura seems to live the dream: Her previous novels, Gone to the Forest and The Longshot were both recipients of awards....
© LitHub
Back to top