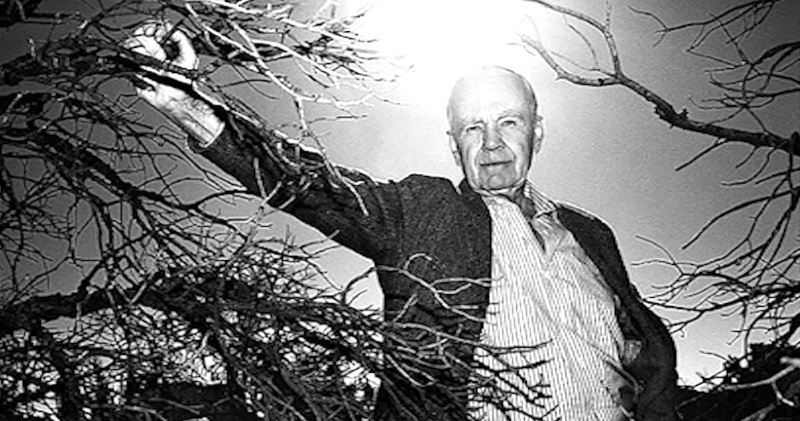 Rare Thoughts on Writing From Cormac McCarthy in This Unlikely Interview

Knopf announced March 8 that it will publish two novels by Cormac McCarthy this fall, his first in 16 years, but don’t expect a book tour. The Pulitzer Prize-winning author lives an entirely private life.

“He doesn’t give interviews, doesn’t give lectures, and doesn’t do book signings,” Michael Hall wrote in Texas Monthly in 1998. “He doesn’t like to talk about writing or his life, which, of course, makes other writers, his fans, and even non-fans more curious.”

There have actually been a few interviews—The New York Times Magazine in 1992, Vanity Fair in 2005, Oprah Winfrey in 2007, and The Wall Street Journal in 2009. McCarthy did a reading in Santa Fe in 2015, and offered science writing tips in the journal Nature in 2019. But that’s been about it. Some authors do more publicity in a week.

So I was skeptical when David Sudak told me he’d received details about the craft of writing directly from McCarthy. But Sudak is a teacher who is passionate about good writing, the sort of person who just might have the goods. He told a tale as convincing as it was improbable.

In the spring of 2014, he was teaching an AP Language class at Catalina Foothills High School, a public school in the Tucson suburbs. “The groups were tasked with conducting a rhetorical analysis of a novel,” Sudak says, “and then they had to present on it.”

He asked his students to split into groups and choose among several novels. Some chose Philip Roth’s American Pastoral or Don DeLillo’s White Noise, and others chose McCarthy’s All the Pretty Horses.

Everything in life influences style and therefore it is difficult if not impossible to pinpoint a specific influence.

Sudak is a fan of McCarthy’s entire oeuvre, but he says All the Pretty Horses is the one for his high school students, for many reasons. There’s the beautiful language, the desert setting familiar to Arizonans, and the hybrid western/love story. The theme of crossing borders, the passages in Spanish, and the elements of Mexican history prompt good discussions. It’s also fun for the class to critique a few scenes from the movie. And, of course, there’s that compelling protagonist.

“You’ve got to love John Grady Cole,” says Sudak. “And what student is not going to find Jimmy Blevins an interesting character?”

Students Lily Wilhelm and Carly Oseran chose All the Pretty Horses for their project. And they had an idea.

It turned out that Wilhelm’s boyfriend lived next door to a friend of Cormac McCarthy’s, and had actually seen the author. So Wilhelm and Oseran drafted a list of questions for McCarthy, with some guidance from Sudak, and emailed them to the friend.

Soon it was time for the class presentations.

“It was pretty fun,” Sudak says. “Some of them made little movies and fake talk shows with the author. And this group’s whole shtick was, ‘We were in touch with this famously reclusive author.’ And it just blew everybody else out of the water. And me, I just could not believe it. I was floored by it.”

McCarthy’s friend had replied with a kind email, transcribing the author’s answers to the students’ questions. It’s a fun exchange. Why so few punctuation marks in McCarthy’s text? They “just mess up the page.” Who is he writing for? “The reader in mind is me.” What does he think of rhetorically analyzing the book? It’s “a good way to ruin the reading experience.” (The full text of the emails is below.)

Sudak is still impressed by the exchange, and by Oseran and Wilhelm, who saw an opportunity and went after it. The randomness, too, stuck with him. It seemed far less probable than Jimmy Blevins finding his horse in a Mexican stable.

“I thought, ‘What sheer luck,’” Sudak says. “Just the serendipity of it.”

This is the text of the email exchange, with the questions and answers interspersed. (Because Cormac McCarthy’s friend is not a public figure, we are referring to them as Friend.)

To Friend: Thank you so much for giving us this opportunity to get a better understanding of Cormac as an author and a person. We had so much fun on our lunch date, thank you for opening up to us and helping us with our project. We look forward to hearing from you, talk to you soon, thanks again!

To Cormac: This is such an honor to be given the opportunity to ask you some questions to help us better understand your writing process. We are two high school students in an Advanced Placement Language class, and are doing a project where we develop a presentation that reflects a process of sustained rhetorical analysis of your novel All the Pretty Horses. The following questions are focused on things that we have been curious about while reading the novel, as well as a few personal questions—but hopefully not too personal—to more fully understand the specifics of your writing process and you as a person. Once again, thank you so much for allowing us this special perspective of your writing.

The following are direct quotes from Cormac. I asked the questions and typed as he answered here. Any/all diacritical marks are mine, lol. Hope it helps.

To Lily and Carly from Cormac: [My friend] tells me that you are very bright and polite young ladies. Keep up the good work.

Lily Wilhelm and Carly Oseran: Could you describe a part of your process for developing ideas into stories?

Cormac McCarthy: Writing is very subconscious and the last thing I want to do is think about it.

CO and LW: We are being tasked with conducting a rhetorical analysis of All the Pretty Horses. As a novelist, do you think that’s even possible, or is it a good way to ruin the reading experience?

CM: I think it is a good way to ruin the reading experience.

CO and LW: Your syntax has sometimes been described as musical. This makes us wonder about what kind of music you listen to, and/or if music influences your style?

CM: Everything in life influences style and therefore it is difficult if not impossible to pinpoint a specific influence. [Friend: Cormac thought this a great question. I want to add that he is too modest to say that he has a beautiful singing voice and plays the guitar very well. Having grown up in Tennessee, he is fond of old bluegrass/country ballads, the Louvin Brothers and the Carter Family, led by Mother Maybelle Carter, for example. The lyrics of some of these ballads are very haunting/interesting. You might want to check them out.]

CO and LW: Many readers argue that tonally ATPH is elegiac, and that part of your purpose is tied to mourning the loss of a bygone era? Is this accurate as far as you’re concerned?

CM: The loss of a bygone era is certainly a theme of the book but not necessarily a purpose of it.

CO and LW: Your novels are full of vivid imagery and very detailed scenery description. Do you picture specific places you have been while writing? If yes, what is an example of this?

CM: Yes, and no. This is complex. I write what is in my head, in my mind. Certainly there are times when what I am writing about corresponds to a place I know well, such as west Texas and Mexico, but sometimes I have a visual image in my head that does not relate to any specific knowledge of a place.

CO and LW: You obviously have some effect in mind by not using quotation marks and routinely attributing dialogue to speakers. Would you be willing to comment on this?

CM: In an older time, writers filled pages with quotation marks, commas, semi colons, etc. supposedly to help the reader. But there comes a point where, in my opinion, they just mess up the page. I use as few diacritical marks as I can get by with.

CO and LW: Do you typically write from the perspective of a third-person narrator, and if so, why?

CM: Again, it’s a subconscious process. I write what comes to mind.

CO and LW: Do you see yourself as having any similarities to John Grady Cole? If yes, how?

CM: There are some. His appreciation of the land, the natural world. I think he is an admirable kid, and maybe I wish I’d been more like him when I was his age.

CO and LW: How do you feel about the movie adaptation of All the Pretty Horses?

CM: I feel I shouldn’t comment on someone else’s work, even if it is based on mine.

CO and LW: One would think that, based on the style of your novels, that part of your purpose as a writer is to challenge your readers, and to expect more than the typical novelist. Is this intentional, or just the end result? Also, what kind of audience are you writing for?

CM: I’m not writing for a particular audience. The reader in mind is me. If someone else would write these books I could go play golf.

Murray Carpenter is the author of Caffeinated, How Our Daily Habit Helps, Hurts and Hooks Us (Penguin, USA). As a freelancer focusing on science and environmental stories, he has reported for the New York Times, The Washington Post, Wired, National Geographic, NPR, and PRI’s The World. He has also worked as a radio reporter for Maine Public Broadcasting Network, a staff writer for Maine Times, and reporter and editor for the Republican Journal. He holds a BA in psychology from the University of Colorado and an MS in Environmental Studies from the University of Montana, and lives in Belfast, Maine. 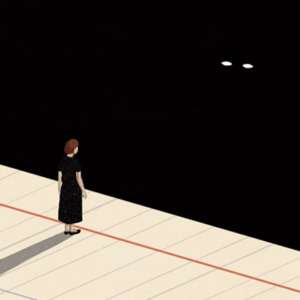 It's official: the sun is setting later and later! We may have lost an hour of sleep this weekend, but in my opinion, it's...
© LitHub
Back to top