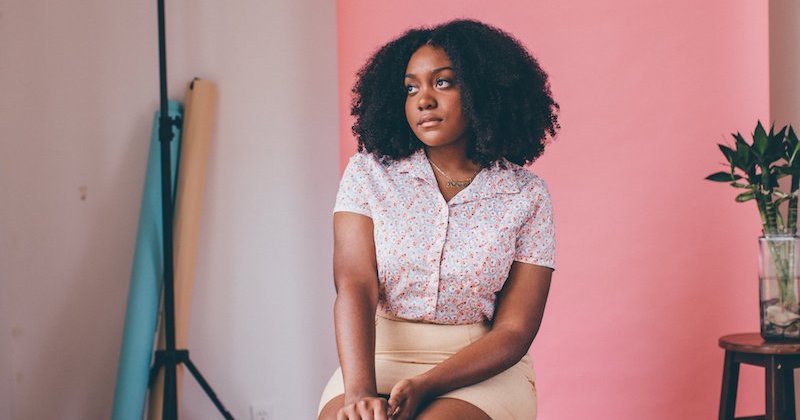 Fatimah Nyeema Warner, otherwise known as Noname, has become a fierce advocate for literacy. The Chicago rapper, who generated buzz after appearing on Chance the Rapper’s 2013 mixtape Acid Rap, launched her synonymous book club in July of 2019. Noname Book Club, which operates online and in person, is dedicated to spotlighting the works and voices of people of color. Currently, the club has 12 local chapters with plans to continue growth. Additionally, the organization also sends monthly book club picks to incarcerated people through their Prison Program, which was launched in 2020.

Now, following months of planning and construction, the doors of the Radical Hood Library have officially opened.

We are so excited to finally open our Radical Hood Library! This is a black led organization that was created to service black/brown folks and the RSVP prioritization will reflect that 🤍

There will be music, free food, and more! Please bring a new or used book. See you there!!! pic.twitter.com/UYviQfSAww

The library, which is located in the Jefferson Park neighborhood of Los Angeles, offers several categories of literature, including Prison Writings, Global Black Resistance, African American History, and How the US F*cked Up Everything. On Twitter, Noname said that her favorite sections are Fuck the Police and Black Capitalism Won’t Save Us. She added that more sections would be added in the near future and this was “just the beginning.”

This type of progressive entrepreneurship runs in the family. The artist’s mother, Desiree Sanders, opened the Afrocentric Bookstore in Chicago in June of 1990. In a 2019 NPR interview with Michel Martin, Noname spoke about choosing to remain an independent artist and said, “I just personally like the role of an entrepreneur. I grew up in that framework because my mother owned her own bookstore, my grandparents own their own landscaping company. So, I guess I approach everything with a very entrepreneurial spirit and mentality.”

Unsurprisingly, Noname envisions bigger plans for the book club. According to Rolling Stone, she’s could possibly expand the club into “a government-recognized cooperative, where all of its workers own the social enterprise and have similar power in running it.”

Of course, because we can’t have nice things, some dissenters on our favorite love-to-hate bird app said the public library was a reflection of “gentrification.” (Insert upside-down smiling emoji.) I’m not really sure how anyone can come to that conclusion, though I suspect this particular reaction to Noname is based in misogynoir. Public libraries are more than just spaces to house books—they’re integral to community building, education, and economic development.

To support Noname Book Club, consider subscribing to their Patreon or checking out their merch. And if you’re local to the community, you can use the online catalog to place a hold on books and pick them up at your leisure.