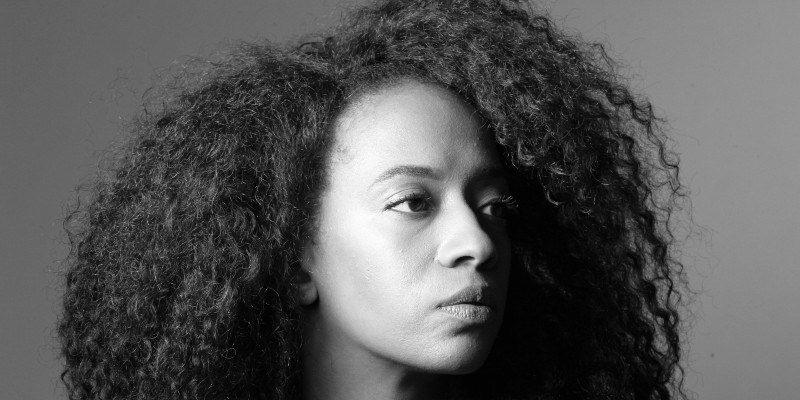 Rachel Eliza Griffiths on Turning Her Work Towards Herself

In the third episode of our second season, Rachel Eliza Griffiths discusses her new poetry collection Seeing the Body, which combines her poems and photography, and how portraiture can become a way of documenting another person, while also being a way of documenting or capturing a portrait of the author.

Rachel Eliza Griffiths: As my mother began her transition of dying, I had traveled down to rural Mississippi to work on my first serious attempt at self-portraiture, of placing myself as the center of my photographs in a very sustained and deliberate, intentional way. And so, as I had begun to work on those photographs in Mississippi and elsewhere in the south, that is where I was when I received the phone call and really understood that my mother was dying. July 28 was the actual anniversary of her passing away, and it’s been six years now. So what happened was I was in Oxford, Mississippi, and when I realized that my mother was hospitalized and that maybe this time she wasn’t going to make it, I dropped everything and got on a plane and flew to Philadelphia, where she passed away some hours later. But I was fortunate enough to be at her bedside. She was there with my family. We were all together in this transition. So when I think of seeing the body, I think of the moment, this kind of very visceral moment of her leaving me, leaving my family.

At the same time, I can’t help but remember that this was also the moment in my life as an artist that I had kind of dared to do this thing that I had never done before, which was to kind of look at myself. I feel as though for many years I photographed poets and writers. As far as kind of a certain kind of portraiture goes, that is external. And I had done some fine arts kind of photographs that usually would incorporate sister poets and brother poets and friends of mine as subjects, or they would be kind enough to be models for me. I have been doing that for many, many years and I started to be going more in word, both in my writing and myself. And so around that time, I started to think about my relationship to the earth and landscape around me and wanting to try to make an effort to record or document or kind of apply some kind of visual language to the language I was seeking in my poems.

The strange thing that happens to me now is even when I look at the photographs in Seeing the Body, it’s like I can’t get back to that woman anymore. And it’s a part of myself. I feel that the person that I see in some of the photographs in the book, she got buried when my mother died. She went into the grave, too. And so it’s a very profound feeling to look at these photographs of myself. And I know that they’re me, but at the same time, they’re not any more … So I’m really not sure any more why I was there. Something compelled me in the same way that some feeling or emotion will compel me to go to a page and work on a poem.

Rachel Eliza Griffiths is the author of five poetry collections, including Seeing the Body (W. W. Norton, 2020) and Mule & Pear (New Issues Poetry & Prose, 2011), which was selected for the 2012 Inaugural Poetry Award by the Black Caucus American Library Association. She is also a visual artist and photographer, and the creator of Poets on Poetry (P.O.P). Her honors include fellowships from Cave Canem, The Millay Residency, the New York State Summer Writers Institute, the Provincetown Fine Arts Work Center, Soul Mountain, and Vermont Studio Center. Griffiths teaches creative writing at Sarah Lawrence College. She lives in New York City. 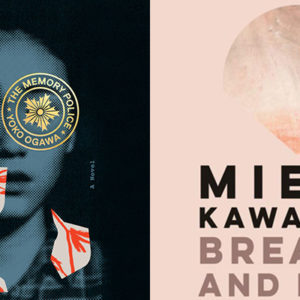 To close out August, Kendra and Sachi discuss The Memory Police by Yoko Ogawa and Breasts and Eggs by Mieko Kawakami. From...
© LitHub
Back to top