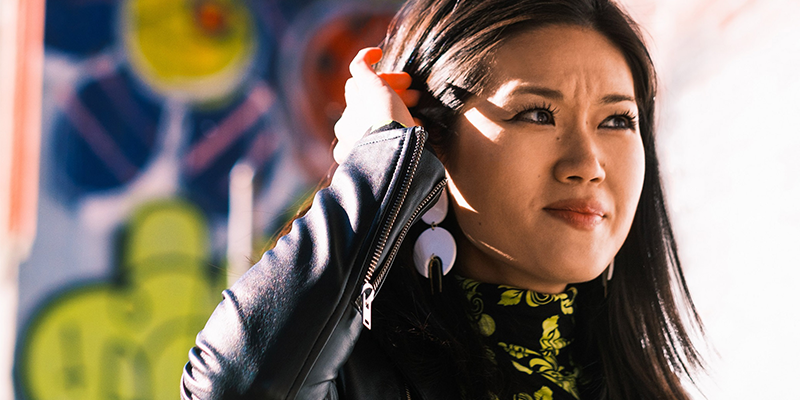 “I delete and demolish with zeal.”

Qian Julie Wang’s Beautiful Country is out now in paperback from Anchor, so we asked about her routine and the intersection of writing and litigating.

What time of day do you write?
I wrote Beautiful Country on my iPhone during my subway commute to and from my law firm job—so it was both the first and last part of my workday. I think those were the only conditions under which I could have possibly written my first book. There was neither financial nor psychological pressure for me to finish the book, so it silenced the self-conscious and critical voices out just enough for me to get the words onto the page. The subway was also a regular feature of my daily life in both childhood and adulthood, so the setting allowed me to find an intimate and vulnerable connection to my childhood self.

Now that I no longer commute, my favorite place to write (and read) is still the subway. But because it is no longer such a fixed part of my day, I try to get at that raw, intimate, and uncritical place as much as I can—and that is often during the first hours when I wake up and the last hours before I go to bed. It’s akin to writing at the beginning and end of my workday, because I am targeting the time when my critical and overpowering voice is too tired to speak up, thereby creating space for my creative and authentic voice.

How do you tackle writer’s block?
New York City is the closest thing I have to a muse. Whenever I face writer’s block, I turn to the city for inspiration—by walking, running, or yes, taking the subway through it. My favorite is running across the Brooklyn Bridge, then along Broadway up to Columbus Circle and back. Whether I’m running, walking, or taking the train, what I love most is observing the interaction and conversation between the people all around me. Humans are fascinating, and none are more fascinating than New Yorkers. We are so different, yet very much the same. Writer’s block rarely survives such an outing—indeed I often start writing on the subway ride home—because the human behavior around me often inspires a new idea, character development, or plot point.

What part of your writing routine do you think would surprise your readers?
The act of writing itself takes the least amount of time for me. For Beautiful Country, I spent three years (and one might say, most of my life) thinking about the book, researching through my diary and retracing my steps, and processing how I wanted to write it. But actually writing it took me just shy of three months. The long initial marination stage is awful and terrifying, because it looks and feels exactly like procrastination. I spent a lot of that time freaking out about how I’m never going to get around to actually writing it.

But whether for a book or a short piece, that stage has been necessary to getting me to the second, cathartic phase of spilling the words onto the page. I wouldn’t call that part necessarily enjoyable, but seeing the words and pages flow by brings a sense of calm that the rumination stage does not.

The stage I most love, by far, is editing. That is when I can be both critical lawyer and creative author. I’m not a writer who is married to everything she puts down on the page: I delete and demolish with zeal. Active editing gives me confidence as a writer because it reminds me that the first draft can be however rough it needs to be, as I can always sand it down. That can be dangerous too, of course, because my first impulse after writing anything is to delete it entirely. I need to let a draft sit for awhile before I look at it—otherwise, my first book would have gone straight to trash.

How do you organize your bookshelves?
There’s a part in my book where I talk about how, as a child, I took it upon myself to reorganize books on library shelves by height and spine thickness. As a teen, I got an official part-time job at the library and spent many years working there, sorting and shelving books, so I’ve since come to appreciate the Dewey system.

That said, I don’t think there was necessarily anything wrong with the system my younger self put into place! For my personal library, I’ve recently realized a lifelong dream of color-coding my shelves, and it looks every bit as good as I always imagined. There’s another perk too—it’s actually much easier to find books than I would have thought.

If you weren’t a writer, what would you do instead?
Most people are lucky to find one career they’re passionate about; I’m beyond fortunate to have two. I love litigating. There is something about squeezing the answer you need out of a hostile witness, of coming upon a winning fact or law in a case, that I could never give up. So my answer is easy—if I weren’t a writer, I’d still be a lawyer. I imagine I’d still need a creative outlet though—litigation is for my logical, aggressive side; the arts are for my creative, sensitive side. If writing were not an option, I suspect I might like to explore fashion design. It is a field that has always fascinated and inspired me, though, if my stick figure drawings are any indication, I would probably be awful at it. 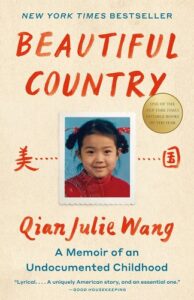 Beautiful Country by Qian Julie Wang is available from Anchor 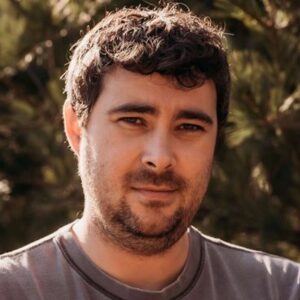