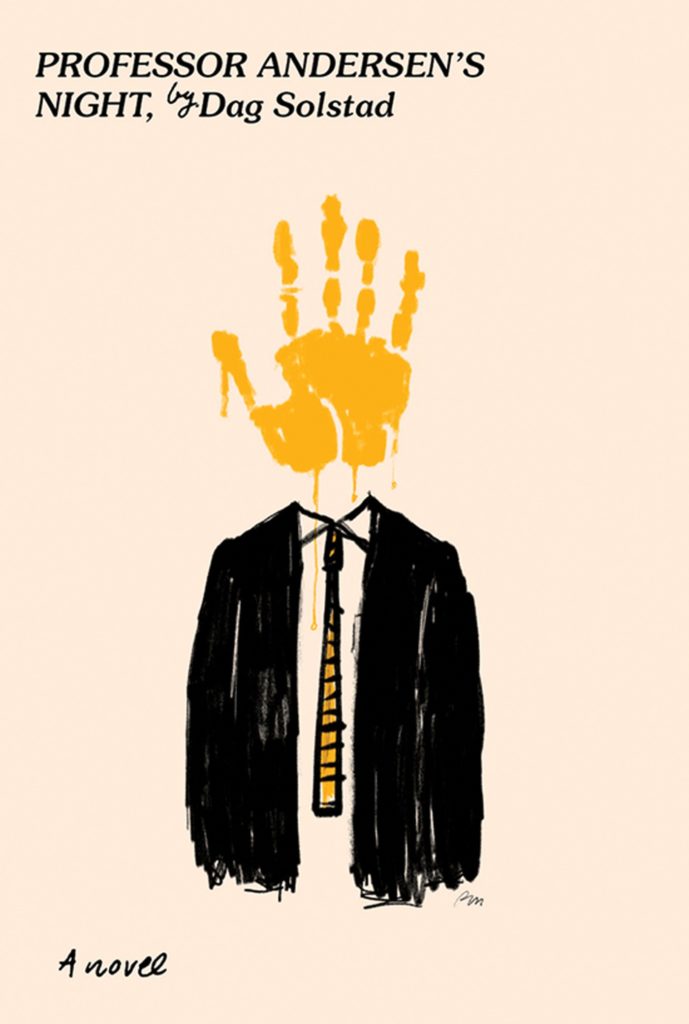 In Which Professor Andersen Stakes Out a Murderer

It was New Year’s Eve. The light was on in the window of the apartment opposite. Professor Andersen had purchased food and drink for a New Year’s Eve alone in his own apartment. Fillet steak. Horse. A good red wine. Italian, a Barolo. At any rate, he would treat himself to a good meal, while he kept an eye on the man in the apartment in the building over on the other side of the street. He had also decided to read the latest Shakespeare translation by the poet Edvard Hoem, chiefly to see what misunderstandings were to be found in the translation or adaptation. He thought he learned a great deal by studying the misunderstandings which were liable to arise when the English spoken by mysterious beings living in the Renaissance period was translated into Norwegian, a stubborn minority language in the twentieth century. “Hmm, hmm,” he thought, with a sudden burst of good humor and anticipation. But then the light was turned off in the apartment. In that one over on the other side of the street. He saw it from his study, from where he had a sideways view. He went quickly into the dark living room and stationed himself behind the curtain. A little later he saw the man coming out of the main entrance, dressed up for a party in thin, black shoes and a thick overcoat with a white scarf slung nonchalantly around his neck. He saw him walk up to a waiting taxi and get in. The sight almost annoyed Professor Andersen. He felt a little offended. Here he was, forced to spend New Year’s Eve all alone in a darkened living room, and then he, the other, goes out to amuse himself. “But he won’t amuse himself,” thought Professor Andersen. “After all, he can’t do that any longer. It’s impossible for him, poor man. It’s just a game he has to go through with because life has to go on as before, as though nothing has happened.”

Actually, he was glad the other had gone out. Henrik Nordstrøm, as he probably was called. It meant he was in for a quiet New Year’s Eve. At any rate, until well after midnight, he could with certainty bargain on that. Indeed, why make plans for some imaginary hour after midnight? He definitely didn’t need to sit up waiting for him to come home. He wouldn’t vanish for good tonight; possibly tomorrow, or the day after tomorrow, but not tonight, he wasn’t dressed for that. So New Year’s Eve passed quietly. He laid the table in the dining room, and savored his meal at about half past eight. Afterward he sat down in his study with coffee and cognac and Edvard Hoem’s translation of Shakespeare. He got out his English version of Shakespeare, along with a previous translation of the same play into Riksmål, in addition to the most recent translation into New Norwegian prior to Hoem’s, and then compared Hoem’s translation, or adaptation, to the others. To his great relief he was soon engrossed in this. He noticed a few doubtful things that Hoem had done, and pondered for a long time as to what he meant by them; in fact, his solutions impressed him a little, but he did wonder how the poet himself would explain them, and to what extent his explanation would stand up. Indeed, it would be interesting to meet Hoem one day and discuss Shakespeare translations with him, thought Professor Andersen, in as satisfied a mood as one might reasonably demand of him. When it was approaching twelve, he got up from his comfortable armchair and decided to go out, in order to hear the ships’ sirens from the docks and watch the fireworks display.

Soon afterward, he was on Drammensveien. It was a wintry night. The snow was frozen and hung on solitary city trees under the street lamps. The pavement was slippery, dirty white, and the night was, of course, dark. It was cold, but he had dressed warmly, apart from his head, which was bare. He didn’t own a hat and he would rather not wear a cap, therefore he could feel the tips of his ears beginning to get cold. He walked briskly toward Tinkern Park, and followed the paths around it and over to the footbridge which stretched across the motorway between the sea and Skillebekk. Up there was a thick crowd of people, who were all out on the same errand as he was. He positioned himself in their midst, and soon the town-hall bells could be heard as they sounded twelve, followed by the sirens from all the boats in Oslo docks, and all the car horns from the taxis in Oslo city center. The fireworks exploded in the sky in a powerful and entrancing spectacle. He heard people wishing each other Happy New Year, and champagne corks popping. From this footbridge over the motorway which passed right through Norway’s capital city, one had a very good view of the fireworks which were sent up from most parts of town, from both Skillebekk and Frogner, as well as from Aker Brygge and the docklands. They sparked and whined in the dark winter sky and the rockets whizzed off into boundless space, only reaching the edge of it right enough, but seeing them whine upward, small red and yellow shots of lightning, gave one a good impression of the boundlessness of space, even here where it began, before they exploded, and unfolded themselves in glittering harmonious formations, a real fireworks display, with lots of bangs and beautiful colors against the bleak and cold night sky. It was a joy to behold, not least because all the others thought it was so joyful, thought Professor Andersen with a little smile. He stood there for a while among all the festive people, before he retraced his steps. By then the time was half past twelve, and up in his apartment he had a good glass of cognac, both in quantity and quality, he thought, before sitting down in his comfy armchair for a little quiet reflection. He had another good glass of cognac, both in quality as well as quantity, he thought, and then another. It had turned half past one, and Professor Andersen had no wish to go to bed. So he decided to go for a nighttime walk.

Professor Andersen went out for the second time that evening. He wandered in the streets round Skillebekk, where there was no longer anyone firing up rockets. It was cold and he noticed that he had too little on his feet. He really ought to have worn his boots and not ordinary shoes, even if they were thick-soled. Inside the apartments a surprisingly large number of lights were still on. “This is one of the biggest party nights of the year,” thought Professor Andersen, “now that champagne plays a part, people neither want to go home nor go to bed. Cheerful,” he thought. He arrived at Drammensveien, and began to follow it out toward Skarpsno. It was after two now, and taxis continually drove past him, and the whole of Drammensveien became quite crowded with people who were walking home because they hadn’t managed to hail a taxi. He walked along Drammensveien and passed a number of embassies. The Russian, the French, the stately English residency, the Egyptian, the Iranian, Israel’s, Venezuela’s, Brazil’s. Had they also sent up rockets tonight? Professor Andersen wondered about that, and hoped so, for that would cast a reconciliatory light over everything, wouldn’t it? “Which I appreciate more and more as the years pass,” he thought. He turned immediately after reaching the park out at Skarpsno, and walked back again. He passed more people, who hurried home while they glanced sideways and backward, on the lookout for an empty taxi. But the taxis which passed, and there were many, were all engaged. Outside his own building he remained standing for a while, relishing the fact that it was half past two in the morning and, although it was cold, he enjoyed being out so late. Then a taxi came to a halt by the pavement right in front of him, and he got out. The other. The murderer, who had now returned home. He walked straight past him, and Professor Andersen was able to see him up close for the first time. It lasted only a few seconds, before he bustled off across the street and unlocked the door in the gleam from the lamp outside the main entrance to the building where he lived. He fumbled a little with the keys, Professor Andersen noticed, but he wasn’t unsteady on his feet. “He’s neither drunk nor sober,” Professor Andersen thought. And he didn’t seem unlikable, but neither was he the opposite, in other words, instantly likable. “This whole thing is strange,” he thought, but no more than that. Somehow it was a bit empty. But he noticed all the same that his knees were shaking as he walked up the steps to his own apartment.

Ayşe Papatya Bucak on Researching Her Own Past

The Sealey Challenge: An Expansive Way of Reading Poetry 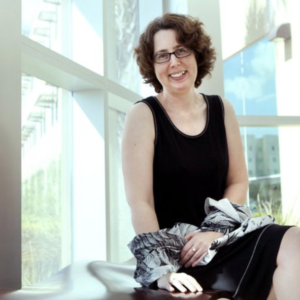 Ayşe Papatya Bucak on Researching Her Own Past This week on The Literary Life with Mitchell Kaplan, Ayşe Papatya Bucak, author of The Trojan War Museum: and Other Stories,...
© LitHub
Back to top