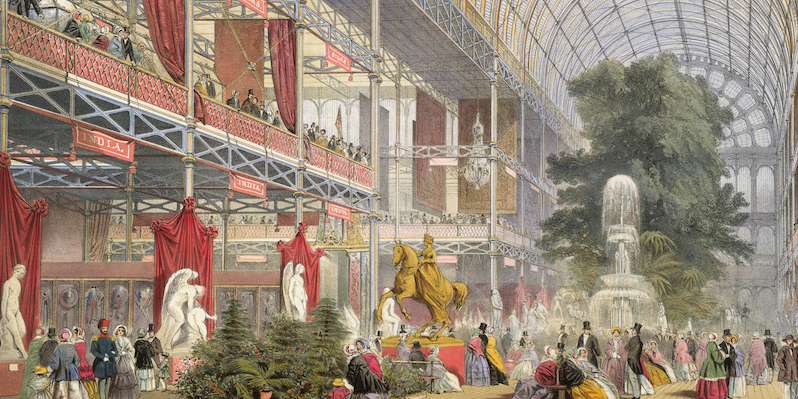 Building Up to the Great Exhibition of 1851, the World's
First World Fair

When J.M.W. Turner exhibited his painting Rain, Steam and Speed at the Royal Academy Summer Exhibition in 1844, he was depicting something much more than a steam train puffing through apocalyptic cloud. He was painting the Victorians, hurtling towards an unspecified, industrialized, polluted future; like the Israelites of old, in a pillar of fog.

Turner himself clearly had a nostalgia for the old world which industry was destroying, but he did not, perhaps, articulate this nostalgia as strongly as did his most fervent collector and admirer, John Ruskin, who—exhibiting 100 of his Turners in 1878 at the Fine Art Society, chiefly watercolor views of landscapes and monuments and churches—made the damning remark that “instead of Cathedrals, Castles or Abbeys, the Hotel, the Restaurant, the Station, and the Manufactory must, in days to come, be the object of her [England’s] artists’ worship.”

Ruskin, great aesthete and social critic that he was, meant these words to be ultimately dismissive. He deplored factories, both the damage they did to the lives of those compelled by economic circumstances to work in them, and, equally, the ugly artifacts they so carelessly brought forth, caring only for the profit motive.

He was not alone. If there was one matter about which 19th-century opinion-formers and ideologues were agreed, it was in their hostility to industry, trade and business. High Tories, such as the MP Colonel Sibthorp, saw the arrival of factories and railroads as destroying the aristocratic past. Karl Marx saw the Industrial Revolution as an ultimate exploitation of the working classes who continued to sustain its achievements and he looked forward to the day when the workers of all lands would unite to overthrow their capitalist oppressors.

The Chartists, in a perhaps less ideologically coherent way, also stuck up for the rights of the poor. Dickens lampooned factory-owners and their values, or lack of them, in Hard Times, just as in Dombey and Son he excoriated the merchants and brokers whose investment skills helped to consolidate the wealth of Victorian England.

This essentially romantic vision of Britain, that it was a rural, innocent place, threatened with oblivion by the progress of technology and trade, was carried down throughout the 19th century, and became one of the chief reasons why poets, novelists and pundits, whether drawn to the left or the right in politics, professed a real hatred of industrialists and businessmen, and all their products. As D.H. Lawrence would put it in 1923, “They had a universal desire to take life and down it: these horrible machine people, these iron and coal people.”

There is indeed a paradox in the Victorian success story. Almost all thinking Victorians deplored it, while enjoying the advantages of life in a modern industrialized society. Nor were these advantages wholly material, since with trade, and the growth of a prosperous middle class, came the inevitable movement to extend the suffrage and to allow a closer proximity to democracy than had been dreamed of in any other European country. Britain had become the most prosperous and peaceful country in modern Europe—arguably, the richest country in history.

In real terms, the working classes, wretched as was the condition of their housing or the hours of their work, had also become richer than their forebears who had worked as agricultural laborers. A whole new middle class had grown up since the Napoleonic Wars, thanks to the labors of the workers, the ingenuity of the technocrats, the investment skills of the businessmen and merchants. Yet to read of Mr. Dombey traveling by train to Birmingham is to see only “the way of Death… strewn with ashes thickly.” The shrieking monster of a train, the wretched dwellings of the city poor, and the arid mercantilism of Dombey’s mind and soul are all leading to something purely negative.

When we turn to the late 1840s, the paradox of Victorian self-hatred by so wide a divergent number of observers is all the starker. For, as Mark Pattison, the sour old Rector of Lincoln College, Oxford, observed, it was a period when, almost overnight, everything changed. After the Year of Revolutions, and after a decade of calamity—Irish famines, Chartist unrest, uncertainty abroad and political convulsions at home—Britain found itself to be a place of peace and plenty.

Looking back on theological infighting and churchy feuds which had dominated Oxford in the 1840s, Pattison wrote, “If any Oxford man had gone to sleep in 1846 and had woke up again in 1850 he would have found himself in a totally new world… In 1850 all this was suddenly changed as if by the wand of a magician.”And what was true of the Oxford Common Rooms was true of the country at large. A modern historian, Boyd Hilton, has written that “Once fear of the mob had receded, it became possible to come to terms with towns and industry, to recognize that Britain’s was an increasingly urban society and that there was no going back… A turning point came in the 1851 census, which revealed that for the first time more Britons were living in towns than in the countryside.”

Prince Albert was . . . temperamentally inclined to see the advantages of industrialization and the coming of the Modern Age.

And there was one figure in public life who appeared to embody that momentous change, one incarnation of optimism: Prince Albert. While Marxists and High Tories, Chartists and Aesthetes could unite in deploring what Mr. Dombey saw out of his railway-carriage window—factory chimneys, mills, coke-fumed canals and wagons of factory-made wares drawn over cobbled streets—there was one public figure who had actually journeyed around to visit them, and who saw in the wool-combing machines of Yorkshire, the mass-produced ceramics of Stoke, the shipyards of Glasgow and Newcastle, the steelworks of Sheffield, a dazzling display of varied human ingenuity, and a technological revolution, in which science and trade were married to produce something so glorious that it was not fanciful to see in all this the hand of Almighty God Himself.

It was understandable that Albert, realist as he was, should have viewed the industrialization of Britain with a more benign eye than that of Karl Marx, a poverty-stricken journalist constantly scrounging from his factory-owning chum Engels, or than those of London-based pundits such as Carlyle and Dickens and Ruskin who could conveniently hide from themselves the extent to which the Dombeys and the Gradgrinds were making them and the other Victorians collectively richer than any generation in history. They were not, as Queen Victoria was, the hereditary Duke of Lancaster.

When the Queen came to the throne, the Treasury had made a stab at appropriating the income from the Duchy of Lancaster, which largely consisted in agricultural rents over a wide area of Britain—including farmland on the borders of London, the banks of the Mersey and the pastoral valleys of Carmarthenshire and Glamorgan. The Duchy’s Council resisted the Treasury’s attempt to appropriate the rents. They thereby changed the sovereign from being an individual who was almost entirely dependent upon the state for her income—Civil List allowances, granted by Prime Ministers and ratified by Parliament—into someone who received an income hugely in excess of anything she could ever spend.

For those sleepy little possessions of the Duchy of Lancaster, which in the 1830s had brought in a welcome addition to the Budget, were now coining it in for the Queen. The banks of the Mersey were now filled with warehouses and docks, exporting most of the industrialized produce of the north, and much of the south. The town of Kidwelly and its environs, rather than simply bringing in the modest rents affordable to sheep farmers, was sending men and boys down the coal mines and returning huge personal profits to the Queen.

Large areas of Derbyshire, Yorkshire, Staffordshire and Lancashire had similarly been transformed into mining districts, or areas where factories, mills and works, linked by canals, railroads and newly tarmacadamed highways, were building up a colossal fortune for Victoria and Albert. Even the recreation of the wealth-producing masses made the Queen richer. She owned Blackpool, the favored holiday resort, in “wakes week,”of all the great northern towns.

And for the more genteel recreants, she also owned Harrogate—three little villages when she was a girl, but by the time she was having children of her own, one of the most prosperous spa towns in Europe, with a ratable value of over £30,000. The combination of the Duchy of Lancaster revenue and the inheritance of the miser Neild’s bequest made the Queen exceedingly rich.

Albert was, therefore, temperamentally inclined to see the advantages of industrialization and the coming of the Modern Age. He and Victoria would not have been able to finance Osborne and Balmoral out of the Civil List. Without the Duchy, they would still have been spending their summer holidays in the Brighton Pavilion and their rural retreats at Uncle Leopold’s house, Claremont. Like many of their nouveaux-riches subjects, they had no reason to complain about the Industrial Revolution.

The event which celebrated the technological and industrial achievements of the previous decades, and which demonstrated the prodigious extent of British industrial wealth, was the Great Exhibition of 1851. Albert’s association with the Exhibition was definitive—of it, and of him. The Exhibition was not, primarily, his idea, and he had to be persuaded to give it his backing.

When he had done so, however, his influence was a major contribution to its success. And the marriage which it demonstrated, between the Prince and the emergent wealth-producers of the world, was a decisive factor in the stabilizing and strengthening of the monarchy for the future. Old Tories like Sibthorp would have seen monarchy as belonging unequivocally with the old world which modern industry and a burgeoning bourgeoisie destroyed. Marx and his followers saw the industrial struggle as one which would inevitably destroy thrones and altars.

Prince Albert’s embrace of industrial technology not only defied both these extremes of view. It led to such an acquisition of wealth by the Royal Commission for the Exhibition of 1851, that he was able to leave behind his one unquestionable legacy: the Albertopolis in South Kensington, a complex of a concert hall, museums and colleges which, to this day, directly benefit from the money raised by the Exhibition. So, in any consideration of Albert’s life, the Exhibition must be central. 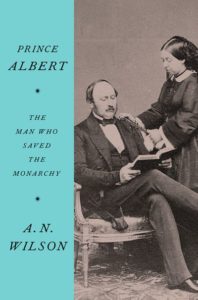 A. N. Wilson grew up in Staffordshire, England, and was educated at Rugby and New College, Oxford. A Fellow of the Royal Society of Literature, he holds a prominent position in the world of literature and journalism. He is a prolific and award-winning biographer and celebrated novelist. He lives in North London. 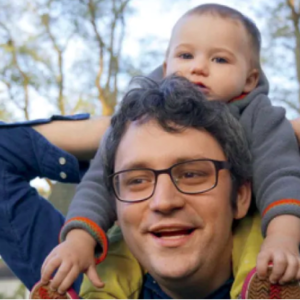 In this episode of Just the Right Book with Roxanne Coady, Jayson Greene joins Roxanne Coady to discuss his memoir Once More...
© LitHub
Back to top
Loading Comments...