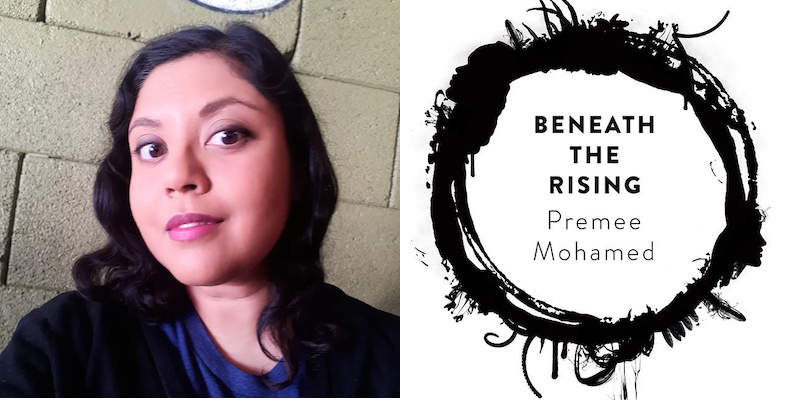 Premee Mohamed and
Her Protagonists Want to Save the World

Premee Mohamed’s Beneath the Rising (Solaris, 2020) is simultaneously a far-flung horror story and an exploration of an intimate relationship. At the heart of this novel, full of threatening monsters and ancient terrors, is the accommodation one makes with the exploitation of others, when it serves a higher goal.

Scientist and child prodigy, Joanna (Johnnie) Chambers, embarks on a quest to save the world with her loyal best friend Nick. The story is told through Nick’s perspective—he is at totally devoted to Johnnie and yet, resentful of her. Nick yearns for Johnnie, not just romantically, but also because she is a symbol of privilege. He is angry that he, as an economically struggling Indo-Caribbean, is not granted the same respect that wealthy, white Johnnie gets. Her life of privilege, like her love, seem unattainable for someone like Nick.

However, when all hell breaks loose after one of Johnnie’s experiments unleashes horror on this world, Nick finds himself on a long strange journey with Johnnie to save the world. That’s when he finds out that Johnnie, the golden child he’s always envied, has her burdens too.

Gabrielle Mathieu: Johnnie and Nick are at the cusp of adulthood and find themselves trying to save the world. Have adults failed them?

Premee Mohamed: Yeah, when I started writing the book I was 18, Nick’s age; I was in the second year of university. I had lived quite a sheltered life, but I had already become disillusioned with many of the adults I was meeting. The way they wanted to limit me and everyone around them. Part of the book came out of me wanting to write an idealized version of what I’m seeing; a world where you are able to do anything you want, and grownups won’t be able to stop you. 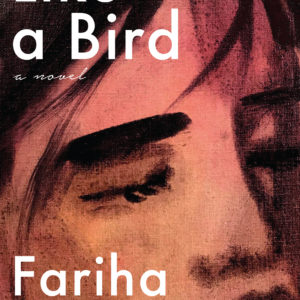 Alyssa and I enjoyed competing against each other, just like any two sisters would. We constantly tried to best the other,...
© LitHub
Back to top