Prayer for the Living 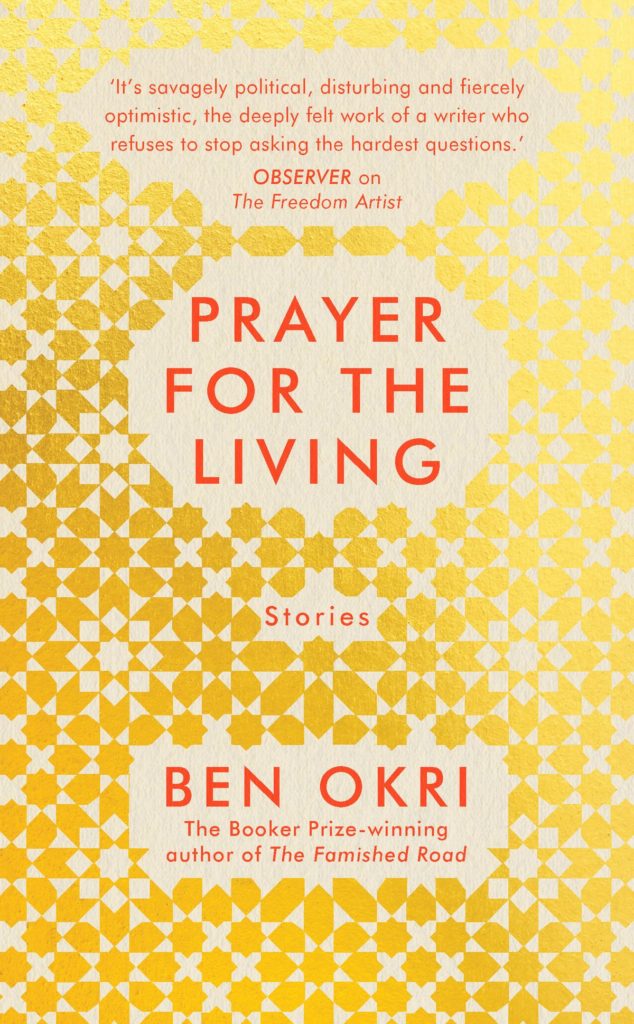 The following is excerpted from Ben Okri's latest short story collection, Prayer for the Living, which navigates the blurry line between dream and reality. Okri won the Booker Prize in 1991 for The Famished Road, and his novel Astonishing the Gods was selected as one of the BBC's "100 Novels That Shaped Our World." He is a fellow of the Royal Society of Literature, a vice president of English PEN, and has been awarded the OBE as well as numerous international prizes and honorary doctorates.

We entered the town at sunset. We went from house to house. Most of the roofs were shattered, the walls blown apart. Everything was run-down and deserted. The town quivered with death. The world was at the perfection of chaos. Gunrunners lived off the desolation. It was as expected.

The little godfathers who were in control raided the food brought for us. They sabotaged the airlifts and the relief aid. They shared the food among themselves and members of their clan.

We no longer cared. I had gone without food for three weeks.

I feed on the air and on my quest. Every day, as I grow thinner, I see more things about me. I see the dead. I see those who have died of starvation. The dead are happier than we are, living their luminous lives as if nothing has happened. They are more alive than us. They are everywhere.

The hungrier I become, the more I see them. I see my old friends who have died before me, among a chorus of flies. They feed on the light of the air.

They look at us, who are living, with pity and compassion. I suppose this is what the white ones cannot understand when they come with their television cameras and their aid.

They expect to see us weeping. Instead they see us staring at them with a bulging placidity in our eyes. We do not beg. Maybe they are secretly horrified that we are not afraid of dying this way.

But after three weeks of hunger the mind no longer notices. One is more dead than alive. It is the soul wanting to leave that suffers. It suffers because of the body’s tenacity.

We should have come into the town at dawn.

In the town everyone had died. The horses and the cows and the goats too. I could say that the air stank of death, but that wouldn’t be true. It stank of rancid butter and poisoned heat and raw sewage and flowers.

The only people who weren’t dead were the dead. They were joyful and they sang lovely songs in low enchanted voices. They carried on their familiar lives.

The soldiers fought eternally. It didn’t matter to them how many died. All that mattered was how they managed the grim mathematics of war. All they cared about was winning the most important battle of all, control of this fabulous graveyard, this once beautiful and civilized land.

I was searching for my family and for my lover. I wanted to know if they were dead or not. If I didn’t find out, I intended to hang on to life by its last thread. If I knew that they were dead and no longer needed me, then I would die in peace. All the news led me to this town.

If they are anywhere they are here. This is the last town in the world.

Beyond its broken gate lies the desert.

The desert stretches all the way into the past. It stretches into history, into the western worlds. It extends to the source of drought and famine, to the mountains of lovelessness. From its peaks, at night, the grim spirits of negation chant soul-destroying songs. Their songs steal hope from us and make us yield to the air our powers. Their songs are cool as mountain rain and make us submit to the clarity of dying.

But now only the songs of negation lie ahead.

We search for our loved ones mechanically. We search with a dryness in our eyes. Our bellies no longer exist. Nothing exists except the search.

We turn the corpses over, looking for familiar faces. All the faces are familiar. Death has made them all my kin.

I come across an unfamiliar face. It is my brother.

I pour dust on his flesh.

Hours later, near a dry well, I come upon the other members of my family.

My mother holds on tightly to a bone so dry that it wouldn’t even nourish the flies.

I pour dust on their bodies.

There is one more face whose beautiful unfamiliarity will console me. When I have found that face then I will submit to the songs of negation.

Night was approaching when I heard a different singing. It came from an unfinished school building. It was the most magical sound I had ever heard. I thought only those who know how sweet life is can sing like that, can sing as if breathing were a prayer.

The singing was like the joyous beginning of all creation. It was a holy yes to the light in all things, the light that makes the water shimmer, that makes the plants sprout, that makes men and women gaze in wonder at the radiance of color, the emerald of the sea, the silver of the stars.

It was the true end of my quest, the music to crown this treacherous life of mine. It was the end I couldn’t have hoped for or imagined.

It took an infinity of time to get to the school building. I had no strength left. It was only the song’s last echo, resounding through the spaces of my hunger, that sustained me.

After a vast cycle of time, during which history repeated itself and brought about the same results, because we never learn our lesson, never love enough to learn from our pain. After maybe a century, I finally made it to the door of the school.

But a cow, the only living thing I saw in the town, went in through the door before me. It too must have been drawn by the singing.

The cow went into the room, and I followed.

Inside, all the space was taken up with the dead.

But the air didn’t have death in it. The air had prayer in it. The prayers stank more than the deaths.

The dead here were differently dead from the corpses outside.

The dead in the school were, forgive the paradox, alive. I have no other word to explain their serenity. They had made the room holy. In their last moments, they had thought not of themselves, but of all people who suffer.

I did the same thing. I crawled to a corner, leaned against the rough clay wall, and found myself praying for the whole human race.

I knew that prayers are possibly a waste of time. But I prayed for everything that lives, for mountains and trees, for animals and streams, and for human beings, wherever they might be.

I heard the anguished cry of all mankind, its haunting music as well.

I sang even when a white man with a television camera came into the school building. I sang while, weeping, he filmed the roomful of the dead for the world to see. I hoped he recorded my singing too.

The dead were all about me. They were serene.

They didn’t urge me on. They were just quietly joyful.

They didn’t ask me to join them. They left it to me.

What would I choose? Human life, full of greed and war and selfishness. Human life, low in awareness, dim in its light, judgmental, unforgiving, uncaring. Human life, gentle, sometimes wonderful, sometimes kind. But human life had betrayed me.

Besides, there was nothing left in me to save. Even my soul was dying of starvation.

I opened my eyes for the last time. The cameras were on us. To them, we were the dead.

As I passed through the agony of the light, I saw them as the dead. They were marooned in a world without pity, without love.

The cow wandered about in the apparent desolation of the room. It must have seemed odd to the people recording it all that I should have made myself so comfortable there.

I made myself comfortable.

I stretched out my hand and took the hand of my lover. Her hand was cold and dry. With a painful breath and a gasp and a smile, I let myself go.

The smile must have puzzled the journalist.

If he had understood my language, he might have known it was my way of saying goodbye.

Excerpted from Prayer for the Living by Ben Okri, copyright 2020, 2021 by Ben Okri, reprinted with permission of the author and Akashic Books.

The Survivors by Jane Harper, Read by Stephen Shanahan 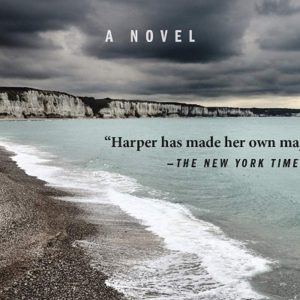 The Survivors by Jane Harper, Read by Stephen Shanahan Every Monday through Friday, AudioFile’s editors recommend the best in audiobook listening. We keep our daily episodes...
© LitHub
Back to top