“Poultry?” No, Poetry. On Moving From Verse to Memoir

About a decade ago, having just moved to Alabama for a teaching job, I was browsing through a store, sizing up used furniture, knick-knacks, and little sculptures and paintings by local artists. A well-dressed man in late middle age approached me and announced, in a gentle southern drawl, that he’d heard I was new in town and was in poultry. He was in poultry, too, and would enjoy swapping tales about it. For a moment, I was befuddled. Then I understood. I apologized, explaining that I was not in poultry but in poetry. He looked a little mad and walked away.

That’s how people sometimes respond when they hear of my vocation. If they don’t look mad, they look perplexed, even anxious. They are speechless at first, but their expressions give away their thoughts: “What?” or “Why?” or “Is it possible he said poultry? I hope he said poultry.” Then they stutter, “I wrote a poem once, in middle school,” or “How do you come up with all those rhymes?” or, worst, “What are your poems about?”

In the last few years, I took time off from poetry and turned to prose: a memoir. That means I was writing about my memories—my impressions—but I was also writing about much that is outside of me: objective, verifiable, researchable. When I told people I was writing a memoir, they responded by asking—with unfeigned interest, it seems—“Really? What’s it about?” I told them of my father, of how he took his own life when I was 14 and he was 44, of how he remains a mystery to me, of how I was searching out the facts of his life and of the lives of the people he came from, trying to solve the puzzle. I talked, they listened, and I kept talking, without awkwardness. Because I had a subject. Because I was writing about things.

That is the primary difference, for me, between the writing of poetry and the writing of prose. With poetry, I begin with words: an image or phrase floats into my mind, and I jot it down; then I set another word or phrase beside it, something I’ve plucked from the air or from an earlier page of my notebook, and listen as the two bits of language speak to each other. If I’m lucky, the poem sings to me the secret of what it wants to be about.

With prose, I begin with a subject—at least a question—to research and ponder, and the writing is largely the act of finding words to convey what I have discovered. I decided to write a memoir because I saw my father as an unsolved case, and I was the detective. What was my father doing all of those evenings when he returned home from work hours late, or not at all? What led him to feel that he, and maybe his wife and children, would be better off if he were dead? I craved information, as many facts as I could gather. I interviewed my mother and siblings; I sent letters and emails to anyone I thought might be related to me or have worked with my father; I scoured genealogical records and digital newspaper archives; I traveled to midwestern towns where my father’s Irish immigrant ancestors labored on the railroads. I used Google shamelessly. (Was I right in remembering that “I’m Henry VIII I Am” was in heavy rotation on the radio in July 1965?)

I was experiencing, first of all, the pleasure of the hunt: the thrill of being hot on the trail of a lived life—my parents’ and my own. Many of the facts I unearthed were minor—charming small reminders of a place or time. I found a cassette tape, unplayed for decades, documenting the sounds of our family’s final vacation together the summer before my father died. That tape, among other things, reminded me that my brother and I were in the habit, in the summer of 1973, of calling each other “Bozo.” A few of the facts I learned were major—the kind that fundamentally altered my understanding of my father. From my mother, I learned that he had slept through the entire weekend of their honeymoon. From a professional colleague of my father’s, perhaps the only one still living, I learned that my father was a compulsive gambler.

But after I had collected all of this information, what would I do with it? How would I shape it into sentences, paragraphs, and chapters? Like anyone attempting to write a memoir worth reading, I did not want to write simply a litany of facts, a stitched-together narrative of mere information. I wanted to dramatize not just a life but a mind contemplating that life, and for that the tools of poetry were useful. A prose memoir and a lyric poem are close cousins, not separate species. In both, the image is central, sometimes as a means of placing the reader physically in the world, sometimes as a way of communicating through metaphor and symbol. As I drafted the memoir, I began to notice how seemingly arbitrary details pulled from my memory or from old headlines—a sinking ship, an impostor priest—felt suggestive of my father’s condition. He was a kind of phantom, and still is, so it felt like a happy—or unsettling—accident when I recalled that, at eleven, I invented a fictitious basketball team of which I was the sole member and called it the Forhan Phantoms.

I yearned for the whole truth of my father—of who he was, where he came from, and why he made the choices he did—but I knew that was an impossible wish. I could not pretend to know what the characters in my story, including, often, the younger me, really felt and thought. I did not want to fill in blanks that could not be filled in; I did not want to presume. Keats claimed that a central quality of a true poet is Negative Capability: the condition of “being in uncertainties, mysteries, doubts, without any irritable reaching after fact & reason . . .” Why should that not serve also as the definition of a primary characteristic of a good memoirist? Anyone who attempts to capture the essence of a life in prose is confronted with uncertainty, mystery, and doubt. I hoped to infuse in my prose a recognition that, in plumbing the depths of something, one encounters as much darkness as light.

Lyric poetry, with its leaps and compression and music and slantwise strategies, gives the reader plenty of access to such mystery. In turning to prose, which seemed a vast flat pasture to wander around in, I wondered whether I could find substitutes for, or different forms of, those tools. Initially, I felt most powerfully the loss of the poetic line, the central means by which a poem moves: the signal of how to hear its rhythm, and thus its heart. Without the line, my toolbox felt discouragingly light. But I had the sentence and paragraph, and I knew I had to use them in a way that did justice to the meaningful mystery of my subject: the gap between what I was writing about and my ability fully to comprehend it. This is one reason rhythm remained essential. I was writing, necessarily, from a narrow and subjective perspective: mine. The language therefore needed a noticeable pulse, a beat, a voice: a signal that the story I was telling was most of all the story of how the facts and riddles of my subject were impressing themselves upon my consciousness and nervous system. I was always alert to the way my language was moving. Paul Valéry distinguishes prose from poetry by saying that the former is like walking, the latter like dancing. In my sentences, I hoped to blur that distinction and get a little of the dance into the language.

No matter whether it is poetry or prose I am writing, it is I who is putting the words on the page; the subjective nature of the project is unavoidable—it is the project. There are nonetheless sharp differences between the genres—differences of intensity and attention. When writing a poem, I am working always on all cylinders; I am asking the imagination to do all of the work, discovering the poem’s subject in the act of discovering its words or, as I listen to syllables and fiddle with them, staying high in the air, attuned to the signal I am trying to remain open to and translate. When writing prose, I can often afford to work at a lower idle; I have facts to arrange on the page; I am experimenting with varied ways of phrasing. But I am not continually inventing. Instead, I am the arranger, the sculptor, of material that for the most part preceded the writing, material I gained through being a detective, a reporter.

Still, as Patricia Hampl says, memoir is not so much a “chronicle of experience” as “the story of consciousness contending with experience.” My mind’s encounter with the story of my family is conveyed perhaps most noticeably in the places where poetry slips into the prose. Or maybe those are the places where defining genre doesn’t matter, if it ever does. What matters is that language, whatever shape it takes, is dramatizing the actions of a mind that yearns, despairs, delights, half-grasps, and wonders—a mind excited and alive.

Chris Forhan’s memoir MY FATHER BEFORE ME is out now from Scribner.

The Story of the Philosopher-Artist of L.A. 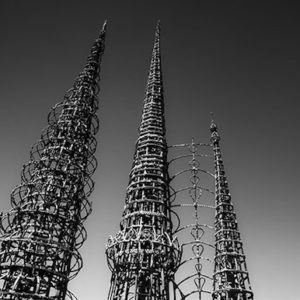 The Story of the Philosopher-Artist of L.A.

In essence Art and Creativity are eons apart. Creativity is the act of doing void of the idea of productivity. Art is what...
© LitHub
Back to top