Polly Samson: Can Any
Utopia Last?

In this episode, listen in as Polly Samson and family read to us from her latest novel, A Theatre For Dreamers. Set in 1960, the world is flirting with revolution and disaster and the Greek island of Hydra is a heady microcosm, home to a now-legendary circle of artists living messy tangled lives and all ruled over by writers Charmian Clift and George Johnston, troubled king and queen of bohemia. Everyone is drawn into the drama between magnetic writer Axel Jensen, his dazzling wife Marianne Ihlen, and a young Canadian poet called Leonard Cohen. What, or who, is the price of paradise? Can utopia last?

Polly Samson is the author of two story collections and two novels, and has contributed lyrics to two Pink Floyd albums, including the chart-topping The Division Bell, and two solo records from David Gilmour. She has been shortlisted for the Authors’ Club Best First Novel Award, the V.S. Pritchett Memorial Prize, and the Edge Hill Short Story Prize. Samson lives in Brighton. 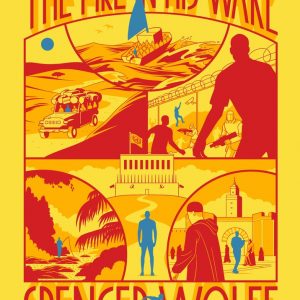 A charcoal ring of swallows swung above superannuated walls and landed beside sugared ruins half buried in yellow sands. A...
© LitHub
Back to top