Plays vs. Novels (You’ll Never Guess What Happens Next)

In Which a Playwright Turned Novelist Tries to Decide

When was the last time you went to a play?

I went to a few last weekend. They were in New York. I live in Austin. I had to get on a plane to see them. They were like relatives I hadn’t met yet. A couple of them were hard to understand and one was a long-lost sister. That seems like pretty lucky odds to me.

When was the last time you went to a novel?

I took a couple of novels with me to New York, I had a novel with me while I watched each play.

A play won’t wait patiently in my pocket while I read my novel, but the novel has no choice. Frequently, one novel waits on another.

I also took friends with me to the theater. Plays can involve a lot of interaction. Where should we meet? Get a drink after? Did you like it? Tell me.

This is not necessarily an endorsement of one form or another.

You can get thrown out of a play. But a novel? A novel has to take all comers.

How many degenerates have put their paws all over Lolita? How many high school bigots have used Huckleberry Finn as an excuse to say the unspeakable? How many sly fools at cocktail parties have opened copies of Emily Dickinson and sung a random wonder to the tune of The Yellow Rose of Texas.

That last one is a book of poems, sure, but the point’s the same: books have no security. There is no dress code, and no one to tell you that you’re reading the wrong way. I can almost guarantee, though, that if you try to sing over my friends on stage, you’ll get the hook.

Let me disagree with myself. We do go to novels. We go to them in the bookstore after a certain number of reviews compel us. Or when that one person who always knows what I like—who knows what’s good for me—passes along a good tip.

Or we just go browsing. We pick up something with a good cover and some nice passages that we find at random when we flip through it. We take it home.

Then, often, we go back to a novel after it’s sat on the shelf for a few months, waiting its turn.

And then we go back again the next night if the first twenty pages are good, and again if the next forty are good.

Pretty soon we have to go back to the beginning if we’re ever going to spend any more quality time with that book.

There’s no way to browse through performances. You have to gamble and commit, all at the same time.

With most plays, the best you can hope for is heartbreak. You fall in love on the last night of summer camp and never see each other again. Plays, by and large, don’t come home with you.

The novel itself can be a home. People will see me reading a novel on the plane or on the subway and they’ll know where I’m from, intellectually speaking. The novel can cloak me in a little of its ambient belonging.

I’m part of a tribe that wants to know what others in the tribe are reading. I’ll crane my neck or cross the street to find out.

I remember reading William S. Burroughs’s The Wild Boys on the crowded subway, twenty years ago, and getting a thrill when someone would glance over my shoulder and catch sight of those punks in their rainbow underwear doing all kinds of friendly foulness.

The vibe of a novel can engulf you, remove you from wherever it is you are and don’t want to be. It can protect you from work, from your marriage, from boredom at the beach with its repetitive waves waves waves.

A play is so perfectly inconvenient. Always over there. Always at the same time. Almost never waiting for the right moment. But then again, thank god all the actors don’t follow me to the beach, or crowd me out in bed every single night.

There are plenty of novels in my house that want to know why I haven’t gotten back to them. Novels that accuse me of laziness or bad taste.

And if a good friend writes a novel, eventually you have to read it, or break up. She gave you a copy, signed, with your name in it. You can’t even sell it.

The novels I consider really great always contain a wonderful tension. As I near the end I want to slow down so that I can prolong the experience, and I want to speed up so I can stop waiting to find out how the resolution fulfills itself.

Plays have no patience. They say everything on the first date. You have to admire their passion, their willingness to embarrass themselves.

Plays are made by actual people: actors, directors, designers, crew. Plays come with their own witnesses, their own believers. Even if the critics and the audiences reject a play, the people who made it have had moments of epiphany that made them hopeful I would find something valuable too.

It’s almost certain there are perfectly good novels no one beyond their authors will ever know about.

Plays work by a series of limitations. You can only fit so many people on stage. You can only build the balcony so high. You can only ask people to pay attention for so long before you legally have to let them pee or go home.

Novels work by a series of excesses. They can take place anywhere in the world, or beyond. They can have as many characters as you want them to have. (By which I mean “characters” in both senses of the word.)

A play can ring like a bell as it ends. People applaud and it’s over. But on a good night the applause turns into conversation, argument, beers, reenactments.

My favorite thing about plays is they frequently spawn these little reenactments. They remake themselves. I love hearing friends describe plays they have seen, especially when they start doing voices and making gestures and laughing and making me laugh.

I’m talking mostly about performances. Is there any such thing as a script? I know it exists, but I don’t believe in it. If you want to know the relationship between a script and a play, try eating a recipe.

People sometimes try to paraphrase the beginnings of the plots of novels, but it’s not the same thing. It’s just not.

My life is full of unfinished novels. Maybe by the time I die I will finish all the novels that I started reading or writing. Probably not. But you never know.

There are fewer unfinished plays in my life. You can eat the entire work of art in a single evening and someone else is doing the cooking.

Plenty of great novels lie unfinished around the house, unread or unwritten, because I lack one or more of the key ingredients: time, patience, understanding, gumption, a friend on the inside.

There is no Shakespeare of novels. Imagine a bookstore that was a full 15 percent Tolstoy. Would it even be Tolstoy? He might actually be too classy. Shakespeare, after all, loved dick jokes and silliness, and no one gives him enough credit for that.

Can you imagine a bookstore that only sold one author? There are theaters like that. It’s embarrassing.

But then again, novels become static. While it’s a real pleasure to re-read them, they do not change as much in our minds as any two productions of a play.

When a play is good you get a chance to see it performed by a tall, skinny woman, and then by an older, fiercer woman, and then, years later by a good friend who is neither tall nor skinny nor old nor fierce. Plays are more dynamic in their distribution.

The best-written play in the world can be destroyed by a poor interpretation. If my five-year-old daughter directed my plays, they might be better—they’d certainly have more extra-textual faeries, and more dancing—but they might not suit the taste of a wider audience.

But with a novel we can each read our own interpretation. The dancing and dark faeries my daughter will bring to Dante’s Inferno won’t appear in my own version—at least, unless I want them to.

Oh, I used poetry again by mistake, but I’m leaving it in on purpose.

And what is it like to write a play or a novel?

Writing a novel is daily work. And the typing is the least of it. The writer must spend enough time in the world of the book to keep it alive. You have to constantly keep the sun shining and the world turning in your heart so you don’t come back to find it all cold and dark.

The play is an affair. It comes on very suddenly. Who knew there was any potential there?! Wow. What if I try this? Or this? Yeah. Thank you. Thank you. Great. A kiss goodbye.

I don’t want to live in the desert or at the bottom of the ocean. I like the seasons. I want to go out to the theater and laugh and cry and embarrass myself with lots of people I love.

And then I want to come home to a quiet place where I can spend a long time being quiet with just my family before I go back out again.

I want to go to plays and read novels.

I want to write plays and write novels.

Kirk Lynn is one of six coproducing artistic directors of Rude Mechanicals theater collective. He is the head of the Playwriting and Directing Area in the Department of Theatre and Dance at the University of Texas at Austin, and received his MFA from the Michener Center for Writers. Lynn lives in Austin, Texas, with his wife, the poet Carrie Fountain, and their children. 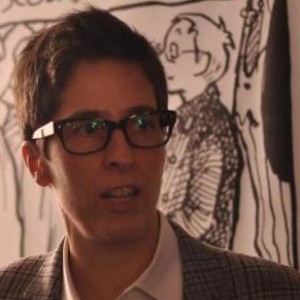 Alison Bechdel is appearing this Thursday, October 22, at  Town Hall Seattle, as part of Seattle Arts & Lectures. This...
© LitHub
Back to top