Phoebe S.K. Young on the Political Implications of Camping

In this episode, Andrew is joined by Phoebe S.K. Young, the author of Camping Grounds, to discuss the connection between camping as a familiar recreational pastime and sleeping outside for functional needs and political purposes.

Andrew Keen: You argue that there are two ways of thinking about the value of public nature when it comes to outdoor spaces. The first you suggest is rooted in the way in which Americans are able to—and I’m quoting you here—escape the central struggles of the nation’s history. It’s a way of establishing neutral ground. Talk a little bit more about that meaning of public space.

Phoebe S.K. Young: I think that’s how we often think of getting back to nature, right? As getting away from it all. As a chance to kind of exit many of the political quandaries and issues that we might have. And actually, what I’m trying to argue in the book is that even though we think that’s partly what we’re doing, that in fact the structure of doing these kinds of camping activities is inherently built into those political struggles and issues. And so, we’re not really escaping. Nature allows us to feel like we can take a step back from our daily lives, and I think that that is absolutely true in many cases. But when you look more broadly at the history and structure of these kinds of things, it’s absolutely intertwined—from Lockean notions through Occupy—is that acting on and in public space is not getting out or escaping those central struggles, but in fact participating in them in a variety of ways.

Phoebe S.K. Young is an associate professor of history at the University of Colorado Boulder. She is the author of California Vieja: Culture and Memory in a Modern American Place.

Nilanjana Bhowmick on the Women Leading the Farmers’ Protests in India 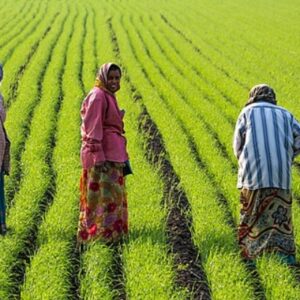 Nilanjana Bhowmick on the Women Leading the Farmers’ Protests in India