Alexander Chee Looks Back at ‘The Tax Inspector’

This year, Barnes & Noble’s Discover Great New Writers program marks its 25th anniversary.  In celebration, they’ve asked some of their favorite writers to take a fresh look at a few of the works that were selected for the program in its first five years, many of which—like Peter Carey’s tragicomic novel of a family-run car dealership—have become hallmarks of a moment in literary history.

The Tax Inspector is a good reminder of just how punk rock Peter Carey is: a novel structured across four days in the life of a down and out auto dealership, this story of the tax audit of Catchprice Motors, and the Catchprice family in Sydney for whom it is named, becomes, in his hands, a complexly rendered portrait of some of humanity’s worst impulses, handled with a bare minimum of sentimentality.

I’m not being sarcastic. And taxes are not the villain here; nor, for that matter, is the inspector, Maria Takis, the novel’s unlikely heroine. She becomes, very quickly, a compelling moral presence throughout the novel in ways we might not even know to hope our tax inspectors could ever be—an idealist who sees herself as catching criminals who cheat the public, she is pregnant after an affair with a married superior in her office, her hero, Alistair. Maria admired Alistair for the passion with which he pursued the corrupt upper class, a passion that kindled her own, and which became an on-the job-hubris that led to his downfall and firing. The office management, she is sure, was aware of the affair, now ended, and is punishing her by sending her here: “To be sent to this decaying door in Franklin was not only humiliating but upsetting on another level after 12 years at the Taxation Office, she was being turned into something as hateful as a parking cop.”

Behind that decaying door is the Catchprice family. Benny Catchprice, soon to be Maria’s nemesis, has also been humiliated at work, which in his case also means being humiliated by his family. He is the basement baby, the youngest of the three Catchprice sons, and he literally lives down in the basement of the Catchprice house, complete with a scar from where his mother shot him at age three before abandoning the family. He has just been fired from the family business by his Aunt Cathy, and after an initial retreat in anger and sadness, is ready to fight. He is 16 years old, pumped up on self-esteem-building tapes he listens to obsessively, and he has been watching and waiting for his moment, visualizing his ultimate revenge: taking over the business and, beginning in sales, making it a bigger success than ever.

None of the rest of them, he believes, has the heart to do the job. Benny’s two older brothers, Jack and Vish, have left the family business entirely by leaving home: Jack to become a successful lawyer on the good side of town, and Vish to join the Hare Krishnas (Vishnu being his whole name now). His aunt Cathy is struggling to manage both the dealership and her burgeoning country music career. Benny knows her band wants her to go on tour and if she doesn’t go, they may leave without her and kick her out of the band. Meanwhile Benny’s father, Mort, technically the patriarch, seems unable to sell the cars at the level needed to make the company successful. And the matriarch, Benny’s grandmother, Granny Catchprice, is prone to wandering the streets of the city alone at night, a pair of ancient dynamite sticks in her purse, as if just waiting for the moment to set them off. There is a vacuum of power, and Benny is sure it is his spot to claim.

By now you may be wondering just why we are here, and where the hell this novel could go. And the answer is this: Benny dyes his hair platinum, puts on a suit, and, thus transformed from ragamuffin into new wave angel, exits the basement, determined to be a salesman, and takes his place on the sales floor precisely when Maria Takis enters the building. Their fates converge as Benny falls for her—deeply—and she doesn’t notice.

How do we write about the most difficult things? Perhaps one answer is by easing into them, as Carey does here. Maria’s role as tax inspector gives her a reason to get to the bottom of the story—it’s what she does. Maria is there because of a call to the tax office accusing Catchprice motors of tax fraud,—a call that turns out to have been made by Granny Catchprice, a steely old woman sheathed in the smoke from her always-burning Salem cigarettes, and whose memory seems to be evaporating around her more quickly than the cloud of nicotine. Granny is, as you might suspect, a fascinating character. Her night walks have long been a kind of vigil for her but they’ve taken on a kind of urgency, even as she loses her sense of what that urgency is. “It was as if all her past had been paved over and she could not reach it, she was a snake whose nest had been blocked while she was out and could only go backwards and forwards in front of the place where the hole had been, finding only cold concrete where she had expected life.”

Carey’s facility with his characters would be a pleasure to watch even if there was no plot—and there seems to be none for at least a third of the novel. As he pushes Maria well past what she considers her ability to face what she discovers, and her attempt to get at the secrets inside their tax records leads her right into another secret, the puzzle that is the Catchprice family, there’s a puzzle he’s putting together also, around them all. He takes us from Granny’s night walks to the out-of-work Armenian man she finds there, Sarkis, to Sarkis’ home and his life with his mother, and then back to the ancient explosives Granny keeps in her purse, her talismans of protection, part of the sacrifices Granny made for Catchprice Motors to even exist—the flower farm she had wanted, and she still imagines, underneath the asphalt of the car dealership. On and on Carey goes, even into stories of Maria’s mother and her past in Greece, before rounding in on Cathy’s career as a singer. Eventually, we spot the connections between the flower farm that never was with the day Benny’s mother shot him, just as Benny himself has a connection both to Sarkis, our tax inspector, Maria, and his father’s inability to sell a car. You almost can’t believe how many things Carey has set in motion, but the novel is best understood as being structured as if he is hidden and standing still, spinning an impossible number of plates, and they’re singing this novel to us in a choir.

As you may imagine, the consequences of the audit eventually give Granny a reason to set those explosives off, and as we head into the ending it’s worth revisiting what we mean when we say something isn’t sentimental: we mean that it evokes great emotion, it doesn’t cheapen it. The Tax Inspector, then: Fierce, angry, funny, smart—a novel unafraid to travel deeply into lives very different from one other as a way of showing how they connect; a novel that is, all the same, not particularly mystical. It’s a hymn of the ordinary evil in us all, and, while it is tempting to think of it as a supernatural feat, I think it’s the opposite: full of those insights we can really only reach by being human.

At the GOP Debate: Manufacturing a Contender 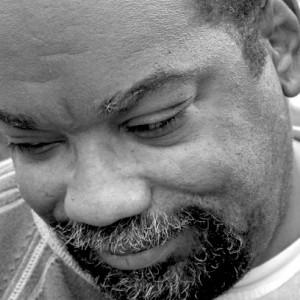 Part I of this interview appears here.   FITZGERALD: Conceptually, I feel in agreement with you and especially...
© LitHub
Back to top