Personal Space: Sue William Silverman on Being Fascinated with the Thing You Fear Most

On the debut episode of Personal Space: The Memoir Show, Sari Botton talks to Sue William Silverman about her seventh book, How to Survive Death and Other Inconveniences, a memoir in essays published by the University of Nebraska Press on March 1st. In the book, Silverman explores her simultaneous fear of death and fascination with it; her penchant for risky behaviors despite her fear; a series of smaller “deaths” she’s experienced by way of divorce, addiction, illness and other catalysts for loss; various obsessions; and being a sick hypochondriac, among other topics.

Sari Botton: Tell us a little bit about this book.

Sue William Silverman: It really explores my lifelong fear of death, but also tries to get at what the origins of that fear are. Where did it come from? Of course, you can tell from the title that it’s somewhat ironic, because even though I want to survive death, probably I won’t. It also goes deeper than that in that, in this sort of exploration, I realized that I’m also collecting memories. The book is structurally set up a little bit like a road trip, kind of driving through my life from my youngest years to pretty much current, collecting memories. Because if, in fact, I can’t physically survive death, as a writer, getting all my memories down on paper, that is a way to kind of be eternal. That you life can be eternalized, even if the physical self can’t be.

Sari Botton: I relate very much to that. I recently posted on Longreads about the importance of capturing our stories at this time, and how I’m giving myself permission for that. It’s really important to get these stories down, especially as women who’ve been told so many times that our stories don’t matter.

Sue William Silverman: I think that’s really true. This is my seventh book. It’s my fourth memoir. And in some ways, you could say, how can one small life generate four memoirs? But yet it can. Because we all do have so many stories. And as you say, for women, who have been silenced for so long, all of these stories sort of come gushing out, and it really is important. And if we don’t tell our own stories, nobody will.

Sheltering: Clare Beams on Being Surprised by Your Own Book 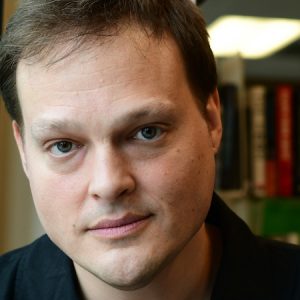 Because we can’t be together for Creek Week celebrating music, literature, and community, we are sharing six virtual performances...
© LitHub
Back to top