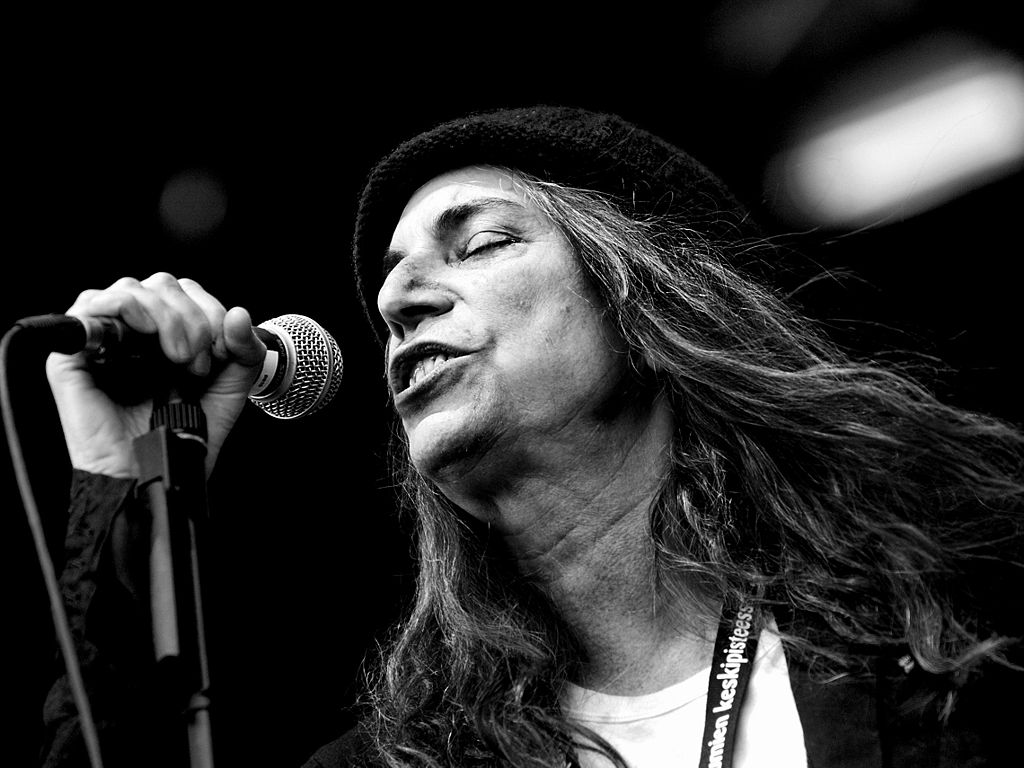 Patti Smith on How She Writes a Song

Allen Ginsberg told me, “If you have trouble writing, just write what you mean.”

Patti Smith: Talking about songwriting is complicated because there’s so many kinds of songs. When I wrote “Frederick,” I tried to write a song that everybody loved and everybody danced to. It was consciously written to be a dance song. When I wrote “Radio Baghdad,” that was the last thing on my mine. For me, that has always been such a conflict because I love natural songs. I love that song “Get In The Groove.” [Sings] “Hey, get in the groove.” I mean, what’s that about? It’s such a great little song to dance to. It doesn’t mean to say much of anything.

Paul Zollo: Which is a great thing about songs, that they hit us on different levels at once—our hearts and minds and bodies.

PS: Yeah. And I think that is the thing why songwriting, to me, has been such a mystery, and still something that I haven’t completely cracked. How a poet—going back to Jim Morrison—could write such complex lyrics and complex poems and then say, “Hello, I love you, let me jump in your game.”

PZ: Yes. Which you have done as well. A song like “Because the Night,” which you wrote with Springsteen—has beautiful poetry and then a very catchy, simple chorus. How did that come together—did you write the words first?

PS: “Because the Night” was written by Bruce Springsteen. I was given a tape of the song. The chorus was his. And the music, it was completely produced. It was just that the verses were mumbled. Like [sings] “Na na na na na na…” So I listened to it. It already had the chorus. And I sat up with it all night writing a song for my boyfriend, Fred. Who was supposed to call me from Detroit. He was supposed to call me at 7, and I was waiting. 8… 9… And I’m the kind of girl who waits for the call. You know, I don’t say, “Well, the heck with it, I’m gonna leave.” I would sit there for hours waiting for my phone call. And I was so agitated and so antsy that I just took the tape out that I was given to explore the song—Jimmy Iovine gave it to me, and Bruce had given it to him—and I listened to it over and over to try to distract me from waiting for Fred. And that’s why the lyric says, “Have I doubt when I’m alone/love is a ring, a telephone.”

PZ: How is writing poems different from writing songs?

We always write a certain amount of poetry for the masses. When Allen Ginsberg wrote “Howl,” he didn’t write it for himself. He wrote it to speak out. To make a move, to wake people up. I think rock & roll, as our cultural voice, took that energy and made it even more accessible.

When I’m sitting down to write a poem, I’m not thinking of anyone. I’m not thinking about how it will be received. I’m not thinking it will make people happy or it will inspire them. I’m in a whole other world. A world of complete solitude. But when I’m writing a song, I imagine performing it. I imagine giving it. It’s a different aspect of communication. It’s for the people.

I write songs when I’m by myself, like walking along the beach, and a song comes in my head. Or I wake up from a dream, like “Blakean Year.” I often write songs out of dreams, and take them to my musicians to help me. Sometimes I write melodies that are too complex and I can’t find them on the guitar, because I only know about eight chords. So I take them to Lenny [Kaye] or Tony [Shanahan, her bassist] and they transcribe them into a song.

“Free Money” came to me walking down St. Mark’s at three in the morning. It was pre-dawn, but it was so light in New York City, and it came to me and I sang it to Lenny. He structured it and found the proper chords, and we made a song. It was one of our earliest songs.

Other songs, they just come in my head and I sing them out loud, and the band finds the place, and they adjust it. For myself, the simpler format the better. “Gandhi” is nine minutes on one chord. It’s an improvisation. “Radio Baghdad” was completely improvised. I didn’t know the lyrics, but I knew I wanted to speak out against the invasion of Iraq. Being a mother, I freely entered into the mother consciousness of the mothers of Baghdad who were trying to comfort their children as they were being bombed. So these lyrics that come to me are self-perpetuated.

PZ: It’s miraculous that you can spontaneously come up with such amazing work–

PS: It’s easier for me than to sit and write verse-chorus. Writing lyrics, sometimes, is torturous. Because I make them too complicated, and sometimes burden a song with complicated language. But it’s just how I work. So, for me, it’s freedom just to go and focus myself and see where my horse takes me.

PZ: Are there times you didn’t get there?

PS: I have never been unsuccessful.

PZ: How do you explain that?

PS: It’s a channeling. Burroughs always called it a shamanistic gift. Sometimes I feel I am channeling someone else. Part of it is experience from performing, and understanding that as a performer one has a mission, like Coltrane, to take your solo out to talk to God, or whoever you talk to, but you must return. So it has structure.

That’s one way that I write. Others take quite a bit of labor. Often the simplest song is the hardest to write. “Frederick” was very hard to write. Because in its simplicity, I also wanted it to be perfect.

PZ: Yes. And when people hear them, they think they came out perfectly. But to get to that place is a lot of work?

PS: Yes, a lot of work. But I find, in the past decade, I don’t struggle with lyrics as much as I did in the 1970s. I think that’s partially because, you know, I came out of nowhere. I wasn’t a songwriter. A lot of Horses was based on poems that I had written. For instance, “Jesus died for somebody’s sins but not mine” came from a poem I wrote when I was 20. I had written it like perhaps in ’69 and we recorded it in ’75. “Redondo Beach” I wrote in 1971 as a poem. But I struggled.

I always thought when we did Horses I would do a record—and I was really honored to do the record—but then I’d go back to work, working in a book store, writing poems or doing my drawings. It didn’t occur to me that I’d be doing more records. Because I felt like I had said what I had to say. Horses was such an organic process. So I was learning as I went along.

But now I understand the songwriting process and it’s not so difficult. I mean, it is difficult but it’s not as difficult as it was. I remember writing the lyrics to the songs on Radio Ethiopia. At that time I had performed so much I felt a loss of language and just got very involved with playing electric guitar and making sonicscapes. I was much more happier playing feedback than I was in spewing language. But the language came back.

PZ: I had always assumed—wrongly, I see—that your poetry and songwriting was intertwined. That you’d write a poem that would spark a song, and maybe vice versa–

PS: Well, that can happen. Anything can happen. I have started poems that seemed best-served as a song. But that’s just one of those things that happened totally organically. It would be false to say everything is black and white, it’s either one or the other. It’s just that my process is different. My mindset is different. And I’ve destroyed many poems [laughs]. Just lost the thread on a poem and then went back to them and found that it could be the germ of something else. But the initial process is a different process.

PZ: Why is songwriting sometimes torturous?

PS: Because I had so much responsibility to others. If I was writing lyrics to someone’s music, I had responsibility to that musician. I had to project beyond myself and beyond my world out into the greater world. Allen Ginsberg told me, “If you have trouble writing, just write what you mean.” [Laughs] And that’s a good lesson when you’re trying to write a song.

Paul Zollo is a singer-songwriter, former editor of SongTalk, and has written for magazines such as Sing Out!, Acoustic Guitar, and Musician. He is currently an editor for BlueRailroad.com and a senior editor of American Songwriter. He lives in Hollywood, California. 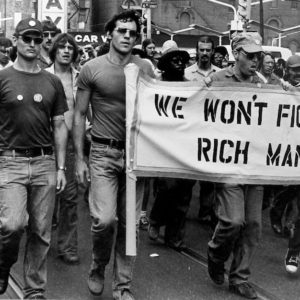 Correspondence with the New York Times Magazine, November 1, 1967, unpublished. An act of civil disobedience is justified—in...
© LitHub
Back to top
Loading Comments...