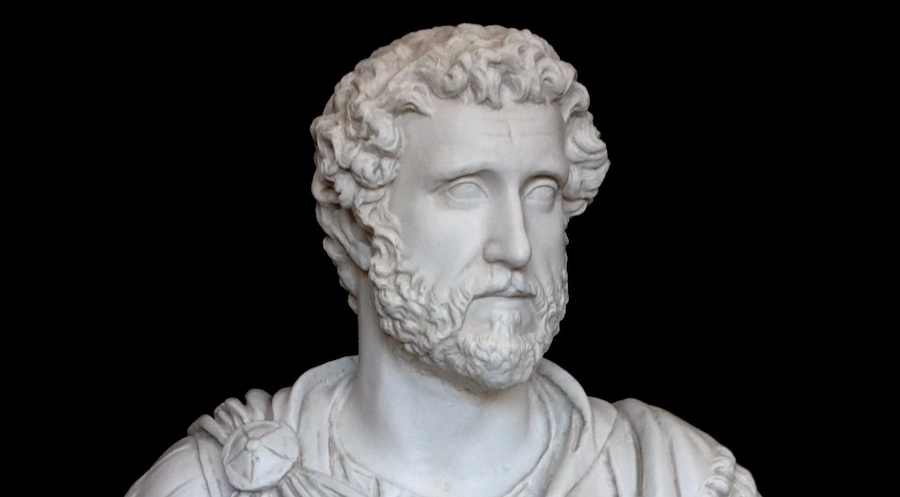 Passion and Patience: On the Timeless Virtues of Marguerite Yourcenar’s Hadrian

Memoirs of Hadrian begins in illness and distance, and with a letter. “My dear Mark,” the dying emperor writes from his villa at Tibur to his eventual heir, the adolescent he blesses as Aurelius. “I have formed a project for telling you about my life [. . .] to know myself better before I die.”

In the novel—Marguerite Yourcenar’s masterpiece—Hadrian’s rise from provincial Spain to the throne of Caesar is almost an afterthought. Instead, these Memoirs linger over Hadrian’s meditations on the nature of power and its proper use in affairs of state or friendship or love. Such rigorous examination of facts—especially the troublesome fact of the self—serves the real 21st century as well as the imagined 2nd. The emperor still speaks to us, however that “us” may change.

Hadrian’s project illustrates the coalescence in one person of the life of a man and the life of the state. As the body natural declines, the body politic falls similarly into question. Hadrian describes a recent physical examination:

I spare you details which would be as disagreeable to you as to me, the description of the body of an old man who is about to die of a dropsical heart. [. . .] It is difficult to remain emperor in presence of a physician, and difficult even to keep one’s essential quality as a man. The professional eye saw in me only a mass of humors, a sorry mixture of blood and lymph.

I reread these lines in the midst of a quarantine that has so disagreeably drawn our attention to the details of bodies in extremis—cases, vectors, clusters. In our century, in our own belated empire, the Covid-19 pandemic Covid-19 collapses the fate of individuals and the state into a single, urgent concern, despite our old American pretense that the state thrives only at the expense of the individual.

As I reread the novel, the new genre of the “letter from isolation” began to circulate. Literary-minded websites published writers’ dispatches from their respective quarantines.

Reading the classics in a crisis presents impediments as well as consolations. Among these is the temptation to reduce the work of the past to an allegory for the present. I did not seek out “What Memoirs of Hadrian can tell us about Covid-19.” But I did reach for this book in this moment, and not another in another. Not because the classics translate into the moment, but because a moment can ready us to return to them.

So I returned to Hadrian’s vision of a Rome made global through its citizens’ exchange of goods and ideas rather than its legions’ conquests. A peace between Rome and Parthia reopens trade routes all the way to India: “The circulation of gold and the passage of ideas (as subtle as that of vital air in the arteries) were beginning again within the world’s great body: earth’s pulse began to beat once more.”

Despising sectarian bigotry, he dreams of a Jerusalem—and a world—where “several races and several beliefs could live in peace [. . .].” In other words, he wishes, as anyone does, for the impossible. Still he applies all his power to the realization of such an ideal. In adopting Marcus, he reflects: “I may be giving mankind the only chance it will ever have [. . .] to see a philosopher pure of heart ruling over his fellow men.” I winced at all these lines; they stung far more today than when I first read them.

Plot is as incidental to Memoirs of Hadrian as to real life: I did not turn the pages to learn what happens next, but to discover what Hadrian thinks of it. Most of what happens, after all, happens at his behest. The novel’s most compelling events are those in which the emperor’s powers falter—in illness or age, or in love. When Antinous, the love of Hadrian’s saeculum aurum dies suddenly, at twenty, the emperor and all his lavished titles become “only a man with greying hair sobbing on the deck of a boat.”

Even in the midst of love, Hadrian is alone; his constant solitude is the price of his imperium. His companions of mind console him, his remembered and imagined travels. “There are places where one has chosen to live,” Yourcenar writes in her notes, “invisible abodes [. . .] quite outside the current of time. I have lived in Tibur, and shall die there, perhaps, as Hadrian did on Achilles’ Isle.” Lately I have lived most in Tibur too, at a villa I imagine only as Yourcenar imagined it.

Life is atrocious, we know. What meaning and wisdom and joy we can muster from it is all the more precious for its evanescence, or for our own.

As I reread the novel, the new genre of the “letter from isolation” began to circulate. Literary-minded websites published writers’ dispatches from their respective quarantines. I read some of these with great pleasure and admiration and even gratitude. These days our various interests narrow to the same preoccupation: as in any crisis, the pandemic becomes the only lens through which to view the world.

A month ago seems a different epoch with different gods. We remember ourselves at New Years with a sort of bemused contempt. What fools, we think; what good fortune we squandered simply by living as we always had. Indeed, living as we always had becomes what we beg of the future. We who often long to improve, enrich, or escape our lives now want nothing more than to return to them.

I kept returning to the final pages of Hadrian, breaking my own promise not to seek some instrumental wisdom there. Of course I found what I was looking for, as others will in crises to come, those we can anticipate and those we cannot imagine:

Life is atrocious, we know. But precisely because I expect so little of the human condition, man’s periods of felicity [. . .] nearly compensate for the monstrous mass of ills and defeats, of indifference and error. Catastrophe and ruin will come; disorder will triumph, but order will too, from time to time. [. . .] and I venture to count upon this kind of intermittent immortality.

The book ends as with the end of illness, the ultimate distance of death. Soon what Hadrian writes of his beloved Antinous will be true of him as well: “Centuries yet unborn within the dark womb of time would pass by [. . .] that tomb without restoring life to him, but likewise without adding to his death, and without changing the fact that he had been” (210-11). The fact of having been is little consolation, but precious little.

Life is atrocious, we know. What meaning and wisdom and joy we can muster from it is all the more precious for its evanescence, or for our own. This is not news. In his own golden age, Hadrian has the words humanitas, libertas, felicitas struck onto coin, as if to etch them in metal meant to keep them. Yourcenar herself inscribed these words for autograph-seekers bearing copies of her book.

Before his death, Hadrian chooses the word patientia for the motto embossed on new minted currency, a reminder that despite his agony and grief, “there is still much to be done.” Patientia, that ancestor from which descend our English words passion and patience. We need much of each just now, and to remember that their Latin root is suffering, as Marguerite Yourcenar and her Hadrian so well understood.

Dave Lucas is the author of Weather (VQR/Georgia, 2011), which received the 2012 Ohioana Book Award for Poetry. In 2018, he was appointed the second Poet Laureate of the State of Ohio. A co-founder of Cleveland Book Week and of Brews + Prose at Market Garden Brewery, he lives in Cleveland, where he was born and raised. 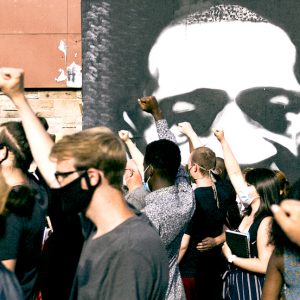 Like so many of us, after two months of quarantine, I often wake up not knowing what day it is. * Memorial Day weekend...
© LitHub
Back to top