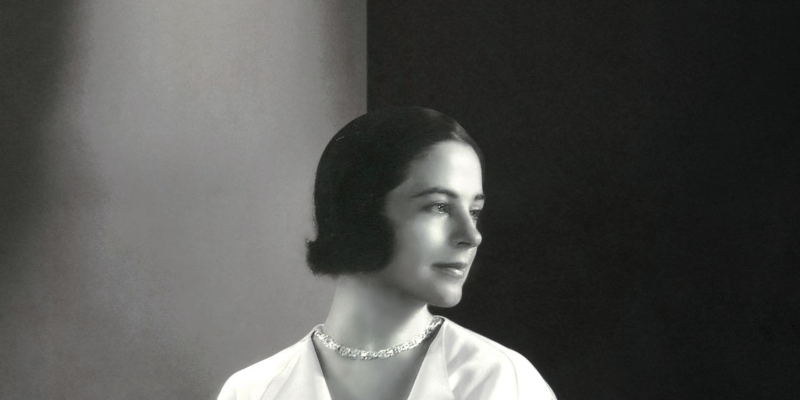 Pamela Hamilton on Excavating the Life of Dorothy Hale

The name of Dorothy Hale is not well known these days. In the 1920s, she enjoyed a career on Broadway as a dancer, including in a leading role with Fred Astaire. When an accidental injury ended that career, she auditioned for the filmmaker Samuel Goldwyn and landed a part opposite Ronald Coleman, who would later star in Lost Horizon. But Dorothy’s film career did not take off, and she moved into art, writing, and museum work in support of her second husband, Gardner Hale, a well-known fresco painter and portraitist, until his tragic death in 1931.

Dorothy survived the stock-market crash of 1929 with her wealth intact and remained a light of New York society into the 1930s. Her closest friend—Clare Boothe, who married Henry Luce in 1935—branched out from an active career in magazine publishing, including a stint as managing editor of Vanity Fair, to write and produce a Broadway play titled The Women. The play lampooned members of their social circle, evoking both amusement and outrage. Dorothy Hale then starred in Boothe Luce’s next play, Abide with Me. When Hale fell to her death from the window of her apartment building in October 1938, Boothe Luce commissioned a commemorative painting from their mutual friend Frida Kahlo.

This painting, The Suicide of Dorothy Hale (1939), was the spark that lit the imagination of Pamela Hamilton, a long-time producer for NBC News. She began to research Hale’s life and death and uncovered the kind of anomalies that delight both fiction and nonfiction writers. For reasons explained in this interview, Hamilton decided to turn her findings and her speculations about their meaning into a novel, and Lady Be Good: The Life and Times of Dorothy Hale (Köehler Books, 2021) is the result. Against the backdrop of New York high society, the Algonquin Set, the art world, and politics under Franklin Delano Roosevelt, this novel paints a picture of a vivacious, determined woman and offers an alternative vision of her final hours.

CPL: What drew you to the story of Dorothy Hale?

PH: I first heard of Dorothy Hale when I stayed at the Hampshire House, which is featured in the Frida Kahlo portrait of her. It’s the building where Dorothy lived—and died. I read an article about her and thought it had all the elements of a great story, but what drew me in were the inconsistencies in the story: “Glamour Girl Dies of a Broken Heart and Fading Career.” That could only be said of a woman. I was also surprised by the tone of the article and the simple explanation for why she took her own life, if indeed she did. I started to research. I didn’t intend on writing a book; I just wanted to find out what happened. It turned out to be an adventure, learning about Dorothy and her friends. Their experiences seemed to define the era. It’s Dorothy Hale’s story, but it’s our story too. It can happen to any of us in this era of tabloid-style journalism and social media takedowns.

CPL: As I mentioned in the introduction, you begin with the ending, in effect—Dorothy’s death. Why start there?

PH: It seemed like the natural place to begin, because that’s what she’s famous for. It brings the Frida Kahlo portrait to life. It also breeds tension. It gives the reader a different perspective from which to view the characters and events.

CPL: Next we meet a modern-day woman of 25, signing papers on a Central Park apartment. Who is she, and what role does she play in your book? Why include her?

PH: Yes, Miss Harrison! She’s the narrator. She’s a young journalist who moves into the Hampshire House and feels incredibly fortunate. It’s luxurious, it has an old-world charm, but she senses something happened there a long time ago. She learns about Dorothy Hale, who lived and died there, and she is struck by the inconsistencies in the account. Does this sound familiar? She sees that one sentence contradicted the next, quotes were clearly contrived, and she thinks the reasons for Dorothy’s demise would only be said of a woman. So she’s determined to find out the truth.

CPL: What would you like people to take away from Lady Be Good?

PH: That truth is not defined by bold print—there may be more to the story. And that Dorothy Hale was a talented, vivacious woman who conquered the tests that life delivered. She had an extraordinary life, a grand time, and I’d like people to have a grand time reading it.

Pamela Hamilton’s career has encompassed the fields of broadcast journalism, filmmaking, publishing, and communications. For more than a decade, she was a producer for NBC News, and she was a producer on the award-winning documentary Grateful Dawg. Her debut novel, Lady Be Good, draws from original research. Find out more about her at https://www.pamelalhamilton.com. 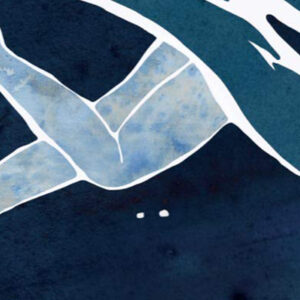 On today's episode of The Literary Life, Mitchell Kaplan talks to Books & Books' Gaël LeLamer, Cristina Russell, and Cristina...
© LitHub
Back to top