Radhika Sainath Tries to Find a Book for Her Toddler

As a new parent, I’m now alert to a substratum of media that passed below the radar of my younger, less narcissistic, self. In the space of mild leftist parenting, this means acquiring board-book samizdat such as Click Clack Moo (cows striking for workplace benefits), and A Rule is to Break (inculcating anarchist principles in pre-literate children.)

Of course, the post-colonial space of this genre (Babar notwithstanding) is pretty unpopulated, so I was excited to spot P is for Palestine by Golbarg Bashi at my local Book Culture.

The book is fantastic on so many different levels: it features a little girl with curly black hair, big eyes and brown skin; the illustrations are gorgeous; and it teaches the alphabet through egalitarian and multi-cultural words from both Arabic and English like “C is for Christmas,” “E is for Eid,” and “M is for Miftah, Key of Return.”

But nothing Palestine-related, no matter how anodyne, can be consumed safely in America, let alone on the Upper West Side.

When I started chatting with the cashier when I bought the book a couple of weeks ago, I learned that the store was in the middle of a targeted boycott campaign.

“They haven’t even read it!” he said.

Googling the story, I learned that Bashi, the author, received death threats and needed police security at her storytime reading at Book Culture’s Upper West Side location. Book Culture received threats comparable to when it refused to ban Salman Rushdie’s Satanic Verses after Iran’s Ayatollah Khomeini issued a fatwa. A local synagogue threatened to ban Book Culture from an upcoming book fair if the owners did not denounce the book, and anti-Palestinian activists called for a boycott of the store. The “Upper East Mamas” Facebook group was shut down after parents “went ballistic” over the book, as reported in Page Six, The Forward and The New York Post.

Parenting makes you acutely attuned to evidence of future dystopia, and as a new mother and writer, this scared me, viscerally. But as an attorney with Palestine Legal this didn’t surprise me.

P is for Palestine’s detractors, predictably, complained even about the use of the word “Palestine,” claiming that there is no such place. Others disagreed with text empathizing with refugees longing to return to the homeland they were expelled from. All of their claims perfectly illustrate the “Palestine exception,” where speech that even engages with Palestinian culture, let alone criticizes Israel’s occupation, is targeted for censorship.

But the primary impetus for the censorship calls is a page in the book depicting a Palestinian girl flashing peace signs behind barbed wire along with the following text: “I is for Intifada is Arabic for rising up for what’s right, if you are a kid or a grown up!”

Contrary to the detractors’ claims, intifada is not synonymous with violence. Intifada is used to describe the Palestinian uprisings against the Israeli occupation and means “to shake off” in Arabic.

For Palestinians, intifada is about throwing off the shackles of Israel’s half-century-old occupation, about rising up against 70 years of dispossession and oppression, about taking a stand against apartheid. Civil disobedience, such as prisoner hunger strikes and sit-down blockades of bulldozers, have featured prominently in Palestinian tactics covered by intifada, even if neglected by international media.

But when it comes to Palestine, truth and facts matter less, and Israel’s staunchest supporters will attempt to censor artists, musicians, and even playwrights they believe reflect poorly on Israel.

The owners of Book Culture, facing a loss of sales during the busy holiday season, felt forced to issue a statement declaring that they do not endorse boycott, divestment and sanctions (BDS) campaigns for Palestinian rights (the author supports BDS, though the book doesn’t mention it) and that they support Israel’s right to exist.

Apologizing for the hurt caused to Israel advocates by the picture book, Book Culture’s owner, Chris Doeblin, stated that: “As a bookseller we try not to be offensive. But there is no way we can be ahead of every single thought and idea in every book that comes into our store. . .Yet we want to be respectful.”

Wandering around Book Culture, you can spot books that are actually banned in some parts of the country, like Harper Lee’s To Kill a Mockingbird, The Hate U Give by Angie Thomas and The Absolutely True Diary of a Part-Time Indian by Sherman Alexie. You can find Fanon’s Wretched of the Earth, celebrating the killing of colonizers and Mao’s discursion on peasant insurgency. You can buy The Brief Wondrous Life of Oscar Wao, by Junot Diaz and The Refugees by Viet Thanh Nguyen, both by authors who support BDS as tactic to pressure Israel to respect Palestinian rights. Or you can buy A is for Activist, an illustrated alphabet book for pre-readers—similar to P is for Palestine—which states “X is for Malcom X” and “Z is for Zapatista.”

Respectful? The store is filled with political authors whose words many people at one time or another—or right now—have both embraced and found offensive.

In a world increasingly gutted of well-funded public libraries, browsing bookstores might be the last outpost of random encounters with ideas. Bookstore owners shouldn’t have to take stances on the viewpoints of any of the books on their shelves.

Book Culture refused to censor or ban Bashi’s book, but store clerks were reportedly forced to hide copies behind the cash register. Like something out of a Soviet-era spy novel, you could only get a copy if you knew to ask for it.

The store’s Yelp reviews have taken a hit, as has the Facebook page for the author’s business. Bashi has the full hatred of an Internet troll battalion: she has received messages threatening to report her to the Department of Homeland Security, deport her to Guantanamo, along with streams of pornographic emails and calls for her book to be banned or burned.

The good news is that P is for Palestine has sold out and is in its second printing. The bad news is writers still can’t humanize Palestinians without facing death threats for doing so. While conservatives and liberals alike bemoan mobs enforcing political correctness on public speech, the Palestine exception remains.

Will booksellers and publishers take a stand against McCarthyism and for freedom of expression?

Radhika Sainath is an attorney at Palestine Legal. Her writing has appeared in Jacobin, The Nation and Huffington Post. She's working on her first novel, set in Palestine during the Second Intifada. 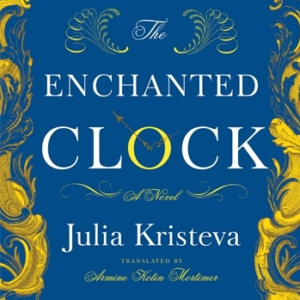 My son X-rays me, entrails and bones. He knows what pain constricts my throat if someone happens to raise their voice. He holds...
© LitHub
Back to top