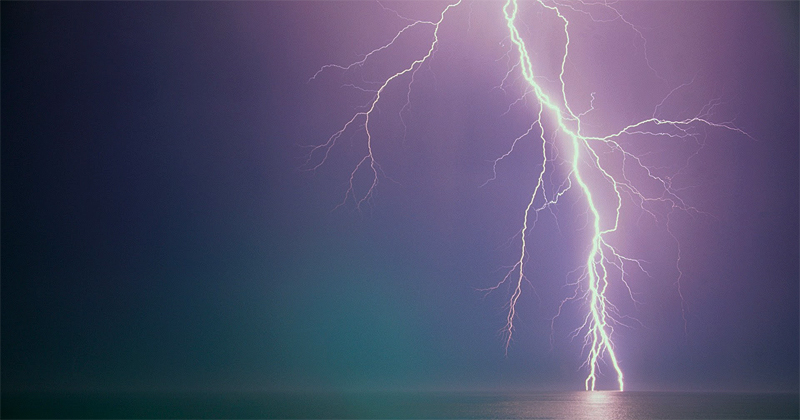 The children were too young to know the trick of counting seconds between lightning and thunder, but the parents did this in their heads, without speaking of it to each other.

There had been families on shore when they’d set out in the boat, children playing in the grass, but now when the mother looked back, the last families were running toward their cars. The rain was getting harder, filling the boat’s hollow places. Lightning flashed again, then again, and the mother and father each noted, without speaking of it, that the time between flash and boom had shortened. They pumped their legs faster, but the paddleboat wasn’t built for speed. The mother’s feet slipped off the wet pedals, and though the father held tight to the rudder, the boat kept turning to the left. In the back, the boy and girl, wanting to bail, splashed at the water with their hands and laughed. Their father yelled, “Stop that! Hold on to the boat.”

A thunderclap boomed and the children put their hands to their ears and screamed. They were getting close to the dock now, but the lightning was coming fast, one flash then another, too fast for the mother and father to count. The children held tight and stared through the rain out the back of the boat. That’s when they saw it: lightning strike a tree on the far side of the lake.

But the boat thudded against the dock, and the parents lifted the children and unsnapped their life jackets. There was no sign of the teenage boy who had rented them the boat, so the father tied the rope to a cleat, and they ran back to the car.

They waited for the storm to die down. They were soaked and shivering, and the father turned the heat as high as it would go. On the foggy windows, the children drew pictures: a sun wearing sunglasses, a dog with long, spindly legs.

It was not until the next day that the father remembered he’d left his driver’s license as a deposit, and he drove back to retrieve it. The road curving through the park was littered with leaves and branches that had fallen in the storm. At the boathouse, the teenager was gone, replaced by an older man, the manager. The way the father had tied up the paddleboat, the man said, it was a wonder it didn’t come loose and drift away. Because the family had neglected to sign out at the boathouse, there was no proof that they had returned the boat when they said they had. He should charge them for the full day, not just the hour they had already paid for. When the father asked him to consider the circumstances—the storm, the lightning, small children—the manager gave him a hard look and said they shouldn’t have been out on the lake in that weather. But he opened a desk drawer and handed the father his license.

Because they had survived, it all became something to laugh about: the father pedaling so hard his face was red, the mother unable to keep up, and the boat turning in circles. The mother yelling to slow down, the father yelling to speed up, the kids splashing water in the back, the father yelling that they should stop splashing and hold on, because the last thing they needed was the kids to fall in the lake. Then, at the boathouse the next day, the angry manager—a bald man, their father said, with a patchy moustache—complaining they had left the life jackets in the boat where anyone could have stolen them, as if anyone would want a set of waterlogged life jackets scrawled with the name of the park in permanent ink.

Their father even laughed at the very idea the boat rental required a deposit. “What do they think we’re going to do?” he said. “Paddle to Canada?”

For weeks, he had only to say, “Canada,” and the children would dissolve into giggles, but they didn’t understand. Their father saying, “Paddle to Canada” made it possible. They imagined one lake connecting to another, like a paper chain, all the way to a vague northern border.

They were a family of risk and adventure—those were the type of stories they told of themselves. The time Jessie sprained her ankle on a hike and the father carried her three miles back to the trailhead. The day on the road trip when their car ran out of gas in the middle of the desert. The time Michael wandered off on the beach and no one noticed, and when they finally found him, two hours later, he wasn’t afraid. He and another boy had been walking around the boardwalk, collecting change off the ground and in pay-phones, and had found enough to buy themselves an ice cream cone, which they traded turns licking.

The paddleboat was the family’s favorite story: the time they almost died on the lake. They had pulled through and made it to shore—they were a family of survivors.

They pushed everything to the brink. The parents tickled the children, held them upside down, and teased them until their eyes filled with tears. The mother and father’s fights were loud, with screaming and broken dishes, and the brother and sister, too, wailed at each other and inflicted bloody noses and bruised skin. The family told stories of packed suitcases and trips to the emergency room. They laughed, and this they believed was their strength—that they could make light of it all. And so they kept pushing, until they found an edge and toppled over.

After the divorce, the stories took on a different tone. “Your father took too many risks,” their mother said, “and he wouldn’t listen.” Taking the kids on strenuous hikes, refusing to fill up the gas tank. That day in the desert, they had passed a gas station in a small town, but he had claimed there would be another town, another gas station, and they had driven on. On the beach, the mother had gotten back from the restroom and asked where Michael was. The father had shrugged—shrugged! “And if he hadn’t been so cheap,” she said, “he would have bought the kids ice cream cones, and Michael wouldn’t have run off in the first place.”

He was always cheap. Complaining about the paddleboat deposit. Why shouldn’t the boathouse take his license, when people like their father tried to get more than they paid for? If the storm hadn’t come, he would have kept them out past the hour reserved, and then he would have argued and argued against the extra fee.

Their father had insisted on taking the family out on the lake, even though the sky was dark and cloudy, and he wouldn’t turn back when it started to drizzle. “We could have been killed,” their mother said, “but your father was determined.”

The children didn’t hear their father’s side of things as often as they did their mother’s. When he married his second wife, he moved to another state. He made offhand comments—“Your mother would say something like that”—but when the children grew into teenagers and sometimes believed they hated their mother, they wanted more. What would he say about the men their mother had dated, about her new husband, the stepfather they despised? What stories would he tell about the years when he and their mother were still married? Sometimes—when their stepfather yelled, when their mother said, “I’ve had it up to here”—they wanted their father to tell them that the fighting, the divorce, had really all been their mother’s fault. They imagined how he would tell the paddleboat story: their mother hysterical, shrieking, and no help on the pedals. And then, when their father didn’t call or he canceled a visit the day before, they believed he had been careless, that day in the boat, and had risked all their lives.

The lake was not far from the mother’s house. The paddleboat rental had closed years before, but the dock was still there, and on hot days the girl walked to the end and dangled her feet in the water. The boy sat on a bare patch of shore and threw rocks out as far as he could. It seemed impossible now: the family together in a little boat. In itself, the story of the thunderstorm was small, but the family had told and retold it so many times that it loomed large, and it seemed important to know its essential truth. How had it really happened? Their memories had become muddled with what they had been told, and what they wanted to believe.

Jessie remembered, or thought she remembered, her father’s hands under her arms, lifting her out of the boat, and the steamy car in the rain, and her and Michael’s fingers tracing pictures on the glass. Michael remembered getting back to the house, and his mother in the living room holding him close and breathing in his wet hair. They turned these memories over and examined them, shuffled and rearranged them, as if thinking of them hard enough or in the right combination would lead somewhere, would form a pathway to a world that had been lost in the confusion of their lives. They remembered their small hands splashing water, and their father’s voice, stern, and his eyes betraying fear. Their mother, in the front seat of the car, wrapping her arm around their father’s, and leaning over to rest her head on his shoulder. And lightning, tonguing down to the upper branches of a tall tree, and the tree, for one brilliant flash, illuminated from within, and then dark, and breaking off into the lake.

This story originally appeared in ZYZZYVA. See the rest of the 2017 O. Henry Prize stories here.

Heather Monley's fiction has appeared in The Kenyon Review (as the winner of their 2013 Short Fiction Contest), Crazyhorse, Day One, and on McSweeney's Internet Tendency. She has an MFA from Columbia University and a BA from Dartmouth College, and lives in the San Francisco Bay Area.
Share: 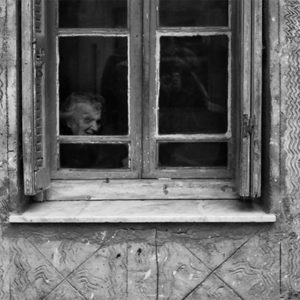 Protection Last year, Antonio Greco committed suicide after attempting to kill his wife with a hammer. The doctors refused to speculate...
© LitHub
Back to top
Loading Comments...