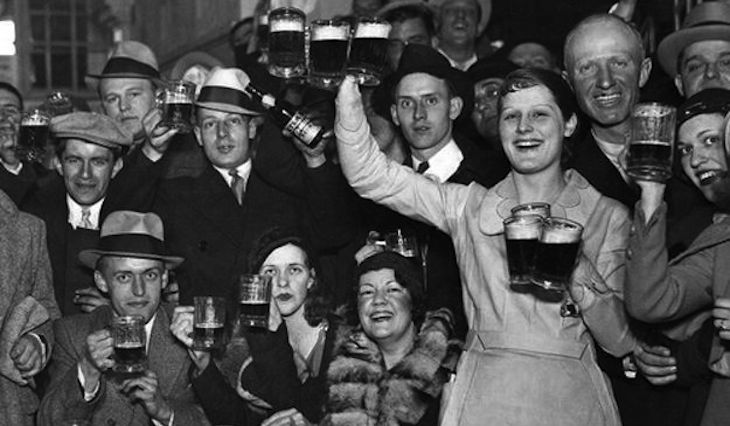 On the Perpetual Relevance of Miss Lonelyhearts

The blackly comic energy of Nathanael West’s Miss Lonelyhearts—its caustic ebullience, the strange buoyancy of its suffering—is a remarkably American achievement, a kind of death-dance capered on the corpse of a vividly rendered early 1930s Manhattan. In the darkening curl of the Depression, misery is the fulcrum of national experience, a dismal engine that purrs especially for West’s titular protagonist. As a newspaper advice columnist, he is privy to the secret despair of an American chorus: the lost, the young, the deformed, the forgotten. He sums up his existential crisis thusly:

A man is hired to give advice to the readers of a newspaper. The job is a circulation stunt and the whole staff considers it a joke… but after several months at it, the joke begins to escape him. He sees that the majority of the letters are profoundly humble pleas for moral and spiritual advice, that they are the inarticulate expressions of genuine suffering. He also discovers that his correspondents take him seriously. For the first time in his life, he is forced to examine the values by which he lives. This examination shows him that he is the victim of the joke and not its perpetrator.

Perched between the towering anguish of his readers and the antic sophistry of his editor Shrike—a hatchet-faced Satan, the source of the novel’s negative radiance, and one of the finest creations in all of literature—Miss Lonelyhearts is inexorably crushed beneath the dynamic, native varieties of American despair.

But to what end does West construct these ragged, faintly demonic tableaux? For all of its genuine empathy, it is, after all, a book that undermines its potential redemptions with ruthless efficiency. Jonathan Lethem has called it “a mercilessly unsympathetic novel on the theme of sympathy,” and this potent ambiguity is, I think, no small part of Miss Lonelyhearts’ lasting resonance. It is a novel that scours rather than solves. “Savage parody, when it achieves high art,” says Harold Bloom, “is an acid bath cleansing rancidity away from the human spirit.” Then, as now—perhaps, in a land of populist xenophobia, failed stewardship, and criminally unacknowledged violence, especially now—West’s masterwork stands ready: to cleanse, yes, but also to cauterize.

America, in West’s book, has not only failed its populace morally and financially, but also imaginatively, manifesting as a kind of fallowness of spirit. His hard-boiled characters—Shrike, the hapless Betty, the Doyles, the old man in the comfort station, Miss Lonelyhearts above all—lurch most strongly towards an inky black Expressionism when they are confronted with the impossibility of belief, of sustaining myth. Their conveyances for meaning—religion, language, money, sex, love, friendship—are all examined and indicted as variations on an inadequacy. “Christ was the answer,” West writes, “but, if [Miss Lonelyhearts] did not want to get sick, he had to stay away from the Christ business.” Communication—with others, with a largely absent God, with oneself—is reduced to a series of feints, behind each of which lies an animal flinch.

The comprehensiveness of this ashen vision is best articulated in the chapter titled “Miss Lonelyhearts and the Dismal Swamp,” a tour-de-force of bleak prodigality and Shrike’s crowning achievement in preemptive nihilism. He visits a despairing Miss Lonelyhearts in his apartment, catching the tail end of Betty’s plea for the farmland, that “all of his troubles are city troubles.” In an incredible rhetorical set piece, Shrike thoroughly, joyfully dismantles this and any other means of existential restitution: the soil, the South Seas, hedonism, drugs, suicide. But he reserves what is perhaps his most damning critique for art and the pursuit of Paterian beauty:

Tell them to keep their society whores and pressed duck with oranges. For you, l’art vivant, the living art, as you call it. Tell them that you know that your shoes are broken and that there are pimples on your face, yes, and that you have buck teeth and a club foot, but that you don’t care, for to-morrow they are playing Beethoven’s last quartets in Carnegie Hall and at home you have Shakespeare’s plays in one volume.

That West’s language, via Shrike, is rhythmic and gorgeous does not blunt the fury of his withering vision; rather, the lyrical onslaught (“Her breasts are golden speckled pears, her belly a melon, and her odor is like nothing so much as a jungle fern”) seems, to me, to have the effect of a curious intensification, a kind of stropping, a darkness made glossy. This is perhaps how we’re able to stomach the ferocious pain of Miss Lonelyhearts: the delicate etchings that gleam from the handle as the knife plunges home.

Reading the book again over the recent holiday, something I try to do once every couple of years, it was this relentless critical engagement that stood out most to me, a bone-white searchlight set squarely on an American betrayal. As a rhetorician of no small genius, a purveyor of charred apercus like drops of midnight, Shrike does not stoop to the crassness of specific solutions; rather, West’s nihilist proxy seems to conduct his cultural carpetbombing with an intent to rattle, confront, detonate, and, finally, wipe clean. I hesitate to offer this as evidence of some sort of falsely consoling dimension of Shrike; after all, much of his literary permanence lies in his refusal to buy into the easy moralizing of the Manichean. He is a character forever burning away the categories we place him into. But I do think it is relevant, even urgent, to consider how West employs engaged criticism—perhaps especially Shrike’s acidic shock-and-awe—as an unexpectedly durable form of American hope.

If the novel’s quandaries are legion, they are most succinctly (and pitifully) expressed by the cuckolded Doyle in his letter to Miss Lonelyhearts, a letter he delivers in person to avoid the scald of public shame: “What I want to no is what is the whole stinking business for?” That West offers no answers, but rather sets kindling to the metaphysical conflagration, marks Miss Lonelyhearts not only as a work of uncommon mettle, but also a source of a kind of inverted moral power. In accentuating the grimness of American reality, in barely outpacing it, the book’s bleak doctrines become generative, forms of curious purity, catalysts for recognition and, one hopes, meaningful change. Beyond the scalpel precision of its prose, this, I think, is its lasting value. As America forgets herself, cyclically it would seem, the critical light of West’s masterpiece serves to expose the murk of our own hearts and histories, a reminder that hangs like a signal or a sick moon. It is a lovely irony that what is, to my mind, the darkest book in American literature is also capable of creating its own peculiar glare: persuasive, admonitory, permanent.

“The Miss Lonelyhearts,” Shrike repeatedly says, “are the priests of twentieth-century America.” But I think our Shrikes have just as often played that role, crooked proclaimers for whom a weaponized cynicism enables a telling of difficult truths. Some might see this as capitulating to despair; however, I’ve always seen Shrike as possessing a fierce kind of courage—unpleasant to witness, certainly, but suggesting immense negative capability. He, among all of West’s characters, remains willing to contemplate the dearth of meaning beneath the brittle brass of American life, and this honesty, if not always valorous, hints at something like grittiness: a daring to acknowledge.

While we may not yet have reached the abraded moral landscape of West’s Manhattan, we certainly can’t be far behind. We are all Miss Lonelyhearts now, mainlining suffering, fear, and injustice from dozens of sources, digital and analog alike. In my reading of the book, this leads to the protagonist’s willed insanity, a painless dip into the tepid waters of martyrdom. Shrike, and indeed West, I think, would likely advise a different approach. The burden of criticism, of searing, scouring thought, is one often worth taking on, particularly when a culture’s norms become indistinguishable from its nadirs. “I am a great saint,” Shrike cries, seducing Miss Farkis. “I can walk on my own waters.” Shrike, a saint? Not exactly; rather, a redeemer of savage intensity and unyielding ambiguity—in other words, as essential as ever. 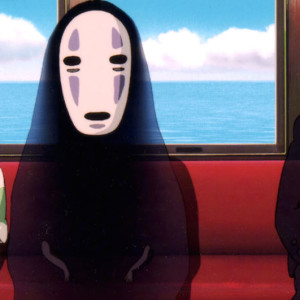 It’s Thursday and it’s Christmas Eve and I am reading three books to my six-year-old before he goes to sleep. There’s...
© LitHub
Back to top