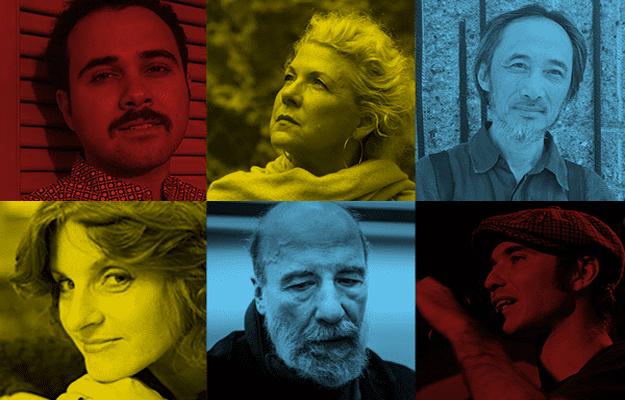 It’s the first day of the 2019 PEN World Voices Festival and I’m 30 minutes late to see Tara Westover talk with Min Jin Lee about her bestselling memoir Educated. Something came up at work, and as I watched the start time tick past, I considered skipping it altogether. But as an educator myself, Westover’s story appeals to me. I really wanted to hear what she had to say. Plus, I read Lee’s excellent Pachinko last year, and the idea of seeing these two literary stars together on stage was an opportunity I didn’t want to miss.

I slip into the crowded auditorium and squeeze into a back row seat, just in time to hear Westover discuss her ignorance of the Holocaust. Raised by religious survivalist parents in rural Idaho, Westover didn’t set foot inside a classroom until she was 17. She wasn’t homeschooled; she was sheltered by parents who opposed many of the institutions (government, school, hospitals) that we take for granted.

“[In] one of my first classes [at college], I raised my hand and asked what the Holocaust was,” she tells Lee. “Because I just hadn’t heard of it . . . And obviously the rest of the class, it doesn’t occur to them that I could be sincerely asking, so they heard it, I think, as a denial: ‘What is this?’ But I meant it sincerely.” She recalls having to search for it herself on the internet later. She was shocked not just by the fact that it happened, but that something as horrific as the Holocaust had happened and she never knew about it.

Over the next hour, Lee and Westover hold a raw and revealing conversation about Westover’s family and her upbringing. They discuss her abusive older brother, her father’s possible mental illness, her estrangement from her parents, and how she manages to avoid feeling resentment and anger towards them for what happened to her.

The entire evening is a perfect example of what Chip Rolley, director of the PEN World Voices Festival, calls the “wonderfully unpredictable events” the festival is known for. “One of the things I really love about [writers] festivals . . . is that we’re not presenting things that have a script,” Rolley tells me over the phone days before this year’s World Voices kicks off.

That combination of unpredictability, combined with the range of literary talent the festival draws, is the unlikely alchemy that keeps people coming back year after year. Last year’s festival drew around 15,000 attendees to 70 events. Many of them sold out. Last year’s theme, “Resist and Reimagine,” seemed to hit home with a lot of people. “With the theme, we try to give [the festival] some sort of connectivity and some sort of through-line,” Rolley says. “I think we really hit it with last year.”

This year’s festival, which runs until May 12, is themed “Open Secrets.” It’s an idea that Rolley admits has been percolating for a while before coming to a head over the past two years.

I ask Rolley why this idea of an open secret—making your most private moments personal—is so important to literature. “It kind of goes back to the basics of literature,” he says. “It’s about empathy. What do we get out of novels? They’re made up stories about people doing things. What we get is an understanding of other people, of other people living through situations. We get a deeper understanding of ourselves when we hear someone else’s story. I think that’s what literature is all about, really.”

Recently, movements like those for women’s and LGBTQ rights, as well as recent ones like Black Lives Matter and #MeToo, have pushed this tension between the public and the private to the forefront of society. “We’ve seen first-hand how somebody’s very personal, sometimes traumatic story, when they share that with the world, can have a positive, transformative effect on society,” Rolley says.

“So it seemed to me this line . . . between the private and the public was something that could tell stories on a number of levels—on a literary level, on a social justice level, on a broader political and even geopolitical level. And I thought it could take in a lot of ideas and a lot of different kinds of events for different people, which is what a festival should do.”

Lee and Westover are just two of the writers headlining this year’s festival. For the next six days, multiple stages across the city will feature authors and activists like Dani Shapiro, Tommy Orange, Dave Eggers, Keeonna Harris, Colm Tóibín, Morgan Parker, Marlon James, and many, many more. As is the case every year, the “jewel in the crown” of the festival is the Arthur Miller Freedom to Write lecture on Sunday May 12. This year’s keynote speaker is Booker Prize Winner Arundhati Roy.

“[Roy] is an extraordinary global figure, someone who is both a novelist and an essayist, and somebody who I think is the consummate public intellectual,” Rolley says. “She’s somebody who not just writes beautiful books but engages in public debate in a very fierce and very righteous way . . . And we put her at the Apollo theater, which is sort of like taking an icon and putting it in another icon.”

As the evening with Westover and Lee goes on, I notice as murmurs of assent and approval to the things being said grow around me. Several times, a particularly incisive thought is punctuated by an “Mmm” somewhere in the audience. It reminds me of something else Rolley says about the importance of festivals like this.

“That’s the other thing that’s a mark of writer’s festivals as opposed to other kind of festivals—you’re activating people’s thinking. You’re batting around ideas, sometimes contested ideas. You’re being exposed to new ideas or differences of opinion from your own. And that can spark reaction.”

If anyone knows about the power and responsibility of new ideas, it’s Westover. Lee reads the last three sentences from Westover’s book, which she calls her thesis statement: “You could call this selfhood many things. Transformation, metamorphosis, falsity, betrayal. I call it an education.”

“I think it’s a really strong thesis statement,” says Lee, “because education does require mortification of a prior self, and that’s a very dangerous idea. It’s not something that we usually tell children: ‘By the way, if you learn something, you’re going to know something that maybe you didn’t know before, and that could separate us.”

Westover thinks about this for a moment before answering. “Yeah, and I guess I would say education is change. And change, real change, always has some kind of cost.”

You can buy tickets to the Pen World Voices Festival on their website. If you can’t make it to an event or don’t live in NYC, many events are also live-streamed and posted on PEN America’s YouTube channel.

NO TAGGING, and more advice from your friendly social media literary type. 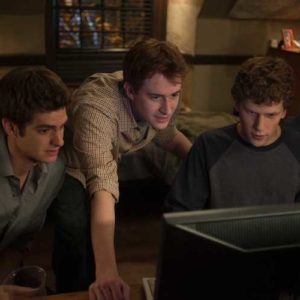 NO TAGGING, and more advice from your friendly social media literary type.

If you pay any attention to literary Twitter you’ve likely seen writers gently pleading with anyone who will listen to please...
© LitHub
Back to top