One Wedding and a Funeral: How the Show Must Go On

In the spring of 1983, I was a 25-year-old graduate student in the department of English literature at Columbia University. I wrote my masters thesis on a story by Katharine Mansfield titled “The Garden Party,” in which the Sheridan family in rural England prepares for their annual garden party, a grand affair, when down the street a young man driving a livery cart is killed when his horse shies and he is thrown, breaking his neck. The central tension is the simultaneity of life and death, of celebration and mourning, as seen through the eyes of one of the Sheridan daughters, Laura. In “The Garden Party” there is an exchange between Laura and her mother, in which she asks how they can possibly go ahead with their party, with a man lying dead down the street. “You’re being absurd,” her mother tells her, brushing aside any suggestion that the party would be delayed or cancelled. I understood that, because my own mother had much the same attitude, we got through everything “with style and grace, even if it killed us.”

When I received my degree, I marched in a blue cap and gown. My mother was there, and my sisters, but not my father. My father had been barred from coming by my mother, who was sparing us, she thought, the spectacle that would very probably occur if my father came. Chances were good he’d be drunk, and possibly he’d pass out during the ceremony, even collapse theatrically on the green. At 74, he had a track record of this kind of behavior. So, he stayed home, and later that night he came to a little family gathering at my apartment down the street from Columbia, where I lived with my fiancé Dean. I still remember the sight of him that evening, unfocused and sad, indisputably in a stupor. His tie was loose, his jaw was slack, his jacket fell oafish off his shoulders, as he both watched and didn’t watch the party take place both with and without him. We pretended it was all okay, but of course it was not. In the cycle of my father in those days, he was more reliably drunk than he was sober, and so this occasion, which would have meant so much to him had he been present to participate, was lost to him, and to me, as I’d always thought it would make him so proud and happy, he a scholar in his own right, with numerous advanced degrees and a fluency in 14 languages, to see his daughter get a graduate degree.

This all came to a crescendo two months later, when Dean and I were to be married in mid-August at my family’s house near the tip of Long Island. The ultimatum my mother gave my father was that he had to sober up, cold turkey, for the two weeks before the wedding if he was going to attend and walk me down the aisle. All her efforts were thus pitched toward that goal, but nowhere in her research on vitamin shots and health shakes did anyone teach her that without a medical detox, there could be drastic consequences. And there were. He had a massive stroke two days before the wedding. The two of them careened in an ambulance to the hospital as the tent was going up on the lawn, and as Dean and I were heading east on the Long Island Expressway with my wedding dress in the back seat. Later that day, my mother, Dean and I sat in the ER conference area listening to a young doctor in green scrubs tell us there was no telling what was going to happen, other than, the stroke was massive, and the weather that weekend was supposed to be absolutely gorgeous for an outdoor wedding. My mother, like Mrs. Sheridan, insisted the show must go on. I think in her defense, she was impatient with my father hijacking family events with his drunkenness and she did not want this important one derailed. Dean and I got married, and two days later my father died. Our wedding presents were stashed in the attic as the scene changed to a funeral, the home of the bride now the home of the bereaved.

“I still remember the sight of him that evening, unfocused and sad, indisputably in a stupor. His tie was loose, his jaw was slack, his jacket fell oafish off his shoulders, as he both watched and didn’t watch the party take place both with and without him.”

All this was 35 years ago. I sat down to write the story of that wedding weekend a few years ago, when I was in my late fifties. In preparation, I opened a box I’d been avoiding. It was a cardboard packing box, the kind movers use to pack books. “Summer 1983” was written in black magic marker across the top. It was sealed tight with yellowed tape. It had followed me through three apartments, a second marriage, two children, and was finally placed in storage, never opened. In fact, the movers originally brought it to my office by mistake when I’d asked for a different box of books, and so there it was in a corner between two bookshelves, staring me down. Inside, there was the program from my Columbia commencement, and my two Masters theses in clear plastic folders with the professors’ grades and commendations. And there was a manila envelope stuffed with cards that came in soon after my wedding, cards that said, time and again, “Congratulations on your nuptials, it was a beautiful day,” followed by, “We are so very sorry for your loss.” At the top of the box was my paperback copy of the short stories of Katharine Mansfield from graduate school, dog-eared and marked with my scrawled notes in the margins.

Maybe the subtle differences in “The Garden Party” and my own story made it less readily apprehensible. Mansfield, in examining death as a way to appreciate life, subtly pokes fun at the Sheridans and their silly party. Laura is told not to be absurd, not to be extravagant, by suggesting the family should halt their party just because a man lay dead down the lane. Notably, Laura then changes her tune when she sees a reflection of herself in the fetching new hat her mother has loaned her to wear. Charmed by her own image, she forgets about the dead man for the moment and suddenly she’s back in the swing of the party.

I too was told not to be extravagant, not to be absurd, though I was not charmed, the way Laura was, by seeing myself in the mirror. Instead I stood robotically brushing my hair, over and over, staring at my reflection in my mother’s bathroom mirror, in the family veil she had loaned me, as I listened to her call the hospital minutes before the ceremony began, to instruct them not to call the house if anything happened to her husband that night because, she went on to say, we were having a party.

So why did it take me 35 years to realize that my own life reflected the general plot points of “The Garden Party,” a text I had studied in great detail, as graduate students do, only months before? Maybe for the same reason it took me until I was almost 60 to dig through enough of my old trauma to see the story for what it was, and to tell it as a memoir. Before that, I had spent my entire career as an editor at Vogue, The Paris Review, and later at Tin House, and nurtured the work of countless writers. Which was a privilege, but it had the added benefit of keeping me from that storage box. We all have that storage box somewhere in our psyche, the one where we keep secrets and traumas and pain, sealed up tight with tape that yellows over time. I had pushed it as far away as I could, so I could go about my life, a life spent coaxing stories out of others. I was unwilling, as Wallace Stevens has it, to feel “the dark encroachment of that old catastrophe.”

Sometimes when you look in a mirror you don’t see your own true reflection. If you’re wearing a headdress your mother has loaned you for a special occasion, a headdress meant to distract you from death just down the street, maybe you don’t see yourself at all. You see a picture of what you are supposed to be in the grand scheme of maternal party orchestration. The pretty daughter, all dressed up, a testament to life in spite of death. The ending of “The Garden Party” is Laura’s epiphany, in which she visits the dead man and learns that to appreciate life, death is an integral part of it. Maybe my mother and Mrs. Sheridan knew that too. Life goes on because, well, for those of us still living, it does. And when it doesn’t anymore, it just as reliably ends. It’s all an inexplicable miracle. On that, Laura and I can agree. Which gets to the nub of this question: is life stranger than fiction, or, just as strange? She, being a made-up character, gets to have her tidy epiphany when the story ends. The rest of us have to just muddle through, sometimes for decades, until a storage box arrives unbidden, demanding to be opened, and a story emerges, demanding to be told.

Jeanne McCulloch is a former managing editor of the Paris Review, a former senior editor of Tin House magazine, and the founding editorial director of Tin House Books. She is a founding director of the Todos Santos Writers Workshop. Her writing has appeared in the Paris Review; Tin House; the New York Times; O, The Oprah Magazine; Vogue; Allure; and the North American Review, among other publications. She lives with her family in New York. Her memoir, All Happy Families, is forthcoming from Harper Wave. 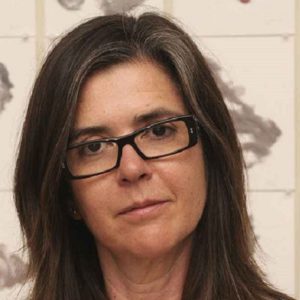