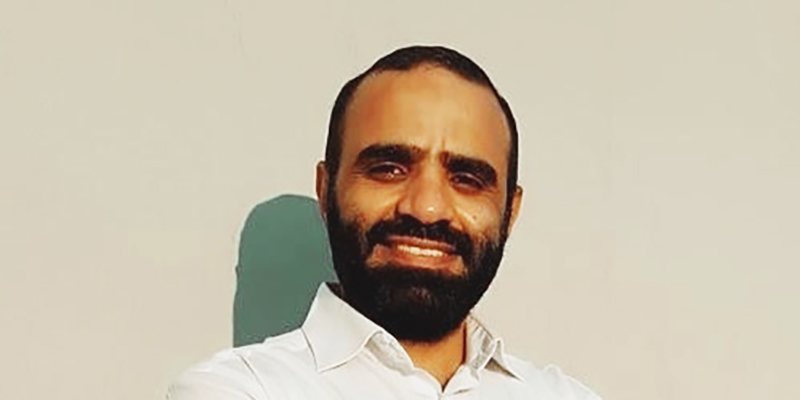 “One of the Worst Places on Earth”: Mansoor Adayfi on the 20th Anniversary of Guantánamo Bay Prison

Author and former Guantánamo detainee Mansoor Adayfi joins co-hosts V.V. Ganeshananthan and Whitney Terrell to discuss his 14 years of systematic torture in the military prison. Adayfi reads from his memoir, Don’t Forget Us Here: Lost and Found at Guantánamo; recalls being ambushed, kidnapped, and sold to the U.S. by warlords; and explains the hunger strikes and protests he and other detainees participated in in defense of their lives and rights. Adayfi, who was ultimately found innocent and released, urges President Biden to work toward closing Guantánamo, which he describes as a place of lawlessness, oppression and injustice.

Don’t Forget Us Here: Lost and Found at Guantánamo • “An Open Letter to President Biden About Guantánamo” by Mansoor Adayfi, et al., The New York Review of Books, Jan. 29, 2021

Whitney Terrell: [following a reading] Not long after this passage in the book, and in multiple places in the book, you refer to certain detainees as having been sold to the CIA and ending up in Guantánamo. What was this process? How did it work, and is that what happened to you not long after this?

Mansoor Adyafi: You know, Guantánamo is a different place, it’s not just different because it’s different—because [of] the way it was created, the way it was established. And most people who end up in Guantánamo were either sold for bounty money, or were [there because of] mistaken identity. That is also in the ACLU and Seton Hall University report about Guantánamo. After 9/11 when Americans arrived in Afghanistan, the airplanes were throwing pamphlets…

MA: Yeah, yes. So, anyone who sold or brought Arabs or foreigners to Afghanistan would be rewarded for thousands or tens of thousands of dollars. In my first case, we were ambushed by one of the warlords while on our trip to Kunduz city to deliver some kind of logistics stuff for one of the hospitals. Then I was sold to the second lord, then sold to the CIA. When I arrived in Afghanistan, there were right around eight hundred men—or 780 men, exactly. And the youngest detainee was only a few months old. The oldest was 105 years old. And, according to the ACLU, 86 percent, as we said, were either sold for bounty money, or were mistaken identity, like in my case.

WT: Sugi, I mean, I don’t know how it was for you reading this, but that part is one of the most troubling things… that the CIA was accepting this, right, as a way of getting prisoners, because they just wanted people to be in prison, it seemed to me. Like, they must have known.

MA: You know, after 2010, when talking to the American officials at Guantánamo, they said that Guantánamo, it shouldn’t stay that long. It was created as a place to bring everyone there and to go through the files and to identify who is Al-Qaeda, who’s Taliban, who’s not, and to send people back. This is in their narrative. But the fact is, when we arrived there, they had no kind of information or names or photos, nothing about us. So, when we were being interrogated there, it wasn’t about to find who you are, it wasn’t just to prove that you are someone you are not. They tried—the interrogators were looking for people. We weren’t that people, basically. So, the idea is when I met, the first time, one of the CIA at Guantánamo, when he tried to recruit me, he said, “What am I going to tell the White House, the Congress? We brought innocent people to this place? Where’s Al-Qaeda? Where’s Allahu Akbar? Where’s Osama Bin Laden?” I said, “It’s not my job, and you know, I have nothing to do with that.” He said, literally he told me, “There are always victims of war. Consider yourself one of them.” This is one of the things that hurt the most at Guantánamo, knowing someone who knows that I’m innocent, but he doesn’t care. It doesn’t matter. So, at Guantánamo, we were serving as, you know, putting us in this orange jumpsuit, and I used to tell the guards, we are actually working for the U.S. government. It’s like whether we like it or not, we work as detainees because they want to tell their people and tell the world, we brought the worst of the worst here. Because when that guard lived with us for years and years, for months and months, they found out, you’re not that bad guys, actually. I said, “Ask your government.”

V.V. Ganeshananthan: It seems like in some ways what you’re describing about the process of being sold and the incentivizing of turning in innocent people, to incentivize turning people in, to put bounties on that, in some ways, that’s outside the world of the prison. That’s like a precursor to things like torture, which is, of course, so ethically compromising and then also it produces a dishonest result, and so it seems to me like those things are… it’s like a whole chain of actions like that, and so you are kidnapped, beaten, chained, you’re flown to Guantánamo Bay Prison, and then when you arrive, you don’t know that. You don’t know what’s going on, where you are. But now you are very well versed in the history of Guantánamo. So, for our listeners who have been avoiding this history, could you talk a little bit about how Guantánamo Bay Detention Camp was started, and why it was opened?

MA: You all know about 9/11. You know the invasion of Afghanistan. They established first a prison in Afghanistan, then also, the black sites. Which also was way worse than Guantánamo. I spent over two months in one of the black sites, and trust me, one day in the black site was worse than 15 years at Guantánamo, because, you know, there was no limit whatsoever to what they can do to you at the black site. Many people lost their lives, and as you know, the CIA destroyed all the evidence of the materials about the black sites. Guantánamo was created outside of the justice system, outside the law… At Guantánamo, the American Constitution doesn’t apply, the Geneva Convention doesn’t apply, international law doesn’t apply. At that place, you have no rights. We are talking about 20 years of torture, 20 years of injustice. This is what Guantánamo stands for: it stands for torture, injustice, oppression, lawlessness, abuse of power. When we fight for the closure of Guantánamo, we are actually fighting for the American justice system that has been abused and misused until that day. We’re talking about justice. Have the families of 9/11 seen any justice? No! No. I mean, this was Guantánamo, as they claim that created to imprison the terrorists, the worst of the worst, and I’m talking to some of the families of 9/11. They haven’t seen any justice. Some of the families of the 9/11 victims—they have died. They haven’t seen any justice. Because simply, Guantánamo is a mistake. Guantanamo is, I think, one of the worst places on Earth, created by the United States. And it still encourages other tyrants around the world to create such places. It gives some kind of legitimacy to torture, injustice, oppression, and lawlessness, and it has been used against United States, whether from Canada or other groups, or even by the Russians now, when they criticize United States, you know, they say, “Look, look what you do in Guantánamo.”

WATCH: Ricky Tucker on the Vivid History of Ball Culture 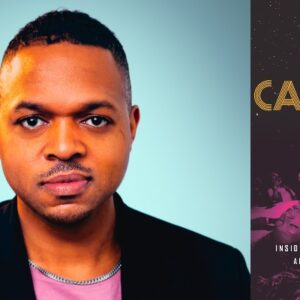 WATCH: Ricky Tucker on the Vivid History of Ball Culture

"Tens across the board" for writer, educator, and activist Ricky Tucker’s debut book of nonfiction, a deep dive into the world...
© LitHub
Back to top