One in Me I Never Loved 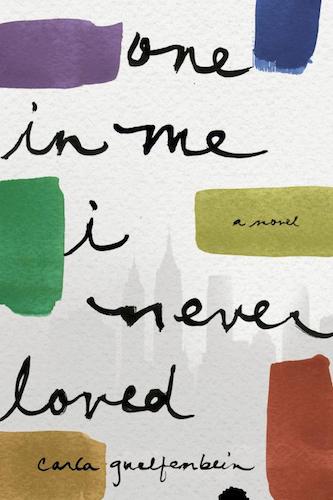 The following is excerpted from Carla Guelfenbein's novel, The One in Me I Never Loved. Guelfenbein is the author of five other novels, including Contigo en la distancia, which won the Alfaguara prize, and a number of short stories. Her work has been translated into 14 languages. Neil Davidson is a columnist, essayist, and translator. He has published collections of his columns, and El ceño radiante, a biographical study of Gerard Manley Hopkins. Originally from the UK, he now lives in Chile.

Nymphs keep going in and out of the gates of Barnard College. All gleaming like newly waxed floors. I try not to think, so that my senses are alert for anything that might happen in front of me. But my mind leaps from one thing to another, unable to settle. I think and think. I think about the rings left by coffee cups on the table of our apartment in Condell Street, when Jorge and I were newlyweds thirty years ago. I think about the vertigo of the empty days. I think that any night Jorge could disappear again. I think about the squirrel that turned up at the window of our apartment on 119th the first time Jorge didn’t sleep at home. Its tail was at least twice as long as its body, and it sprouted from its back like a giant pom-pom. It looked at me with its shining eyes and never stopped until I looked away myself. Then I began to cry. I spent the night at the window, waiting for Jorge. I could see the lights of the neighboring buildings suspended in the dark. Happy souls, appearing before me like the life I had lost. I thought that loneliness became real at exactly that point where everyone else walks on, drives away, takes a train, a plane, an ocean liner, and you are left parked there like an old truck with no tires. The squirrel came and went. Like my rage and my urge to throw myself out of that same window so that when Jorge got back from wherever he was I would be a lump of flesh and blood waiting for him on the sidewalk. At some point I called my daughters in Chile, but neither answered. It was just as well. A desperate mother is out of place in her daughters’ flawlessly happy lives.

I googled my squirrel next morning. It was a tufted ground squirrel, a native of the tropical forests of Borneo, where it mingled with orangutans, pygmy elephants, and rhinoceroses. Which explained the look in its eyes. That squirrel knew the world better than I ever would. I called it Popup. It came back the next day, and the next.

“Popup, Popup, over here,” until one day it stopped coming.

Expiring for love is beautiful but stupid

From that same window, I see heads and bodies moving along 119th each day. All in a rush, all on their way somewhere. Bodies I imagine meeting other bodies at night in the dark: office workers, students, professors, fugitives, salesmen, emigrants from the former Yugoslavia, provincials newly arrived from some village in North Dakota, broken men, women who can’t sleep at night and go through the morning with drooping eyelids, people who are infatuated, defeated, or simply not there. Sometimes I am at my station early, after a sleepless night. Jorge finds me in the morning in my pajamas, elbows resting on the windowsill, head on hands, watching the street begin to stir. Then he kisses my forehead, sighs, and picks up his briefcase. When he leaves, the treetops six floors down shake in the wind and whisper secret messages. Then my treacherous soul goes back to the well known places: the memory of an afternoon at the beach, the girls racing around, the sun high and Jorge snoring beside me, his swollen red face covered with sand; anything, really, so as not to lose myself in a bottomless loneliness.

One morning, looking out of that window, I realized that if I didn’t find a way of becoming embodied again, I would end up disappearing. Like Anne.

Anne, the security guard of the building the university assigned us, on 119th, was the first person I met when we arrived at Columbia two years ago. We didn’t exactly become friends, because Anne spoke little, but whenever she did speak it was to say something startling: “If I had to choose one person in this building to survive a terrorist attack, it’d be you.” She spent her days sitting behind the desk looking at her cell phone and eating fried food out of a grease-stained paper cone. She was obese and wore a uniform. She carried a gun. When you entered the building after opening both doors with your swipe card, you had to go up to her desk and place it on a device that lit up green. Anne would raise her black eyes, look at you, and take another fried ball out of her cone. Her chiseled features were striking in that bulky face. Her lips were fine and intensely pink. She wore her hair very short, as if she had cropped it in a fit of rage. One day she had a small blue bird pinned to her uniform. When I went up to place my card on the strip, I realized it was an embalmed hummingbird. I turned away in horror. I could feel her mocking smile behind me. I turned back and asked nervously: “Why the bird?”

“So they’ll know who I am,” she replied.

“All the people who’d be cut down if there were a terrorist attack.”

It was the first time I had seen something approaching a smile on her face. Then she buried it in her phone, making it plain that the longest conversation we had had so far was over.

The hummingbird was always pinned to her chest from then on, defiant in misfortune, stiff, a black pupil pointing straight out at you like a camera from Anne’s heart. She also started reading a little blue book with the title Vanishing Point: How to Disappear in America without a Trace. She never lifted her eyes from that book from then on. She stopped eating fried food from cones and looking at her phone.

One afternoon three weeks ago, I bumped into her at Broadway and 108th. It was the first time I had seen her away from the reception console. She was leaning on a wall, her eyes boring into the sidewalk and her arms hanging down like two rags. “Hi, Anne,” I said, but she didn’t hear. She was engrossed in something I couldn’t see. She wore a yellow-flowered dress and the blue hummingbird pinned to her chest. She looked like a giant doll. I had the urge to take her by the hand and draw her back to this side, to her paper cones, her uniform, and her pistol, but I didn’t have the nerve.

The next day there was another girl on reception. I asked if she knew anything about Anne. She replied, without looking at me, that Anne didn’t work in the building anymore. I asked her again the next day, and the next, and then I asked the cleaning women, the guards, the other residents. Evasive replies, blank eyes, silences. As though I were asking about the fate of the world, the future paths of hurricanes, something unknowable.

A couple of days ago, a woman intercepted me at the door of the residence. Her sudden appearance startled me.

“I heard you were asking about Anne.”

She had the same lilting accent. And she had the same nose straight out of a painting. She could have been her older sister, but everything that in Anne conveyed contempt, in this woman was shrewdness. She wore a close-fitting dress, and her face was made up a shade more than was appropriate on 119th Street at midday on a Wednesday.

“Were you a friend of Anne’s?” she asked. Searching eyes, like Anne’s in their expression, but intensely blue, bored into me.

“No one was friends with Anne.”

“Just that. She disappeared. There’s no trace of her.”

“I’m so sorry,” I said. I thought of the gleam from the gun that Anne carried at her waist.

“Is there anything you can tell me about her?” she asked. “I’m her mother.”

It’s amazing how a piece of information can suddenly reveal what you’ve overlooked. I realized that she must be well over forty, that she was on the verge of tears, that she had a festering pimple on her right cheek, and that crumpled skin showed through her makeup. She was obviously exhausted,

exhausted from coping with a daughter who wore an embalmed hummingbird pinned over her heart. Over hers, she had an embroidered label that read Paradiso. On the sidewalk opposite I perceived the mysterious power of the trees, the way their branches spread to meet their neighbors’. Was that what Anne was looking for when she disappeared? That fantastic embrace?

It’s crucial to have an active fantasy life

“This is my cell,” said the woman, taking a subway ticket receipt from her purse and jotting down her number. “In case you hear anything, anything at all.”

“Of course,” I answered, putting it in my billfold. “Is this the first time she’s disappeared?”

“Did you notify the police?”

“She left a note. She asks me not to look for her. She says she’ll be fine.”

We were both silent, looking at the ground.

We said goodbye. She took a few steps and then turned.

“You weren’t a friend of my daughter’s, were you?”

“No,” I confessed shamefacedly.

Excerpted from One in Me I Never Loved by Carla Guelfenbein, translated by Neil Davidson. Forthcoming from Other Press. 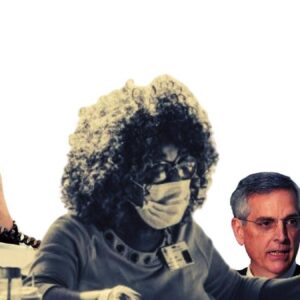 Stealing Georgia: Trump Gets Desperate, Kanye’s Publicist Shows Up on Ruby Freeman’s Doorstep, and... 28,000 Missing Votes? The following is an excerpt from The Steal: The Attempt to Overturn the 2020 Election and the People Who Stopped It  by...
© LitHub
Back to top