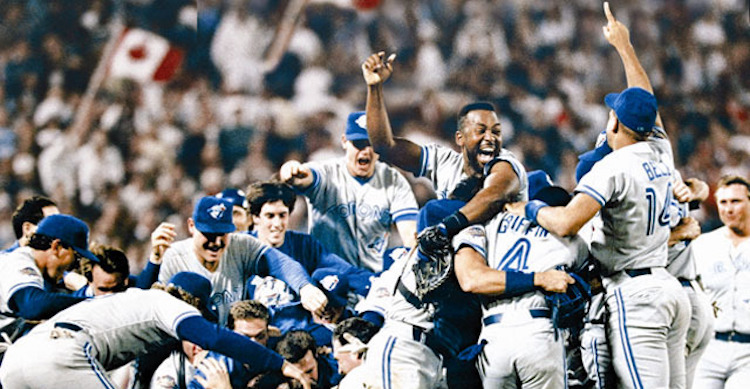 On Time, Baseball, and the Cruel Hope of Opening Day

“Time,” Thomas Boswell claimed in his classic baseball book, “begins on Opening Day.” But how so, exactly? Not only is baseball the only major sport without a clock, measuring time instead in outs and innings, but the eccentric movement of its players seeking success is literally counter-clockwise. If time begins on that magic spring day, it is an odd sort of time.

Boswell meant, of course, that baseball—the national pastime—ushers in a new season, not a new order of temporality. But as a philosopher who writes about baseball, I can’t help being fascinated by the questions concerning time that this beautiful, strange game brings to our attention. The season of baseball has been much discussed, even eulogized—A. Bartlett Giamatti noted how the game is “designed to break your heart” in its arc from springtime renewal to the wet, chilly days of autumn. But what does it mean to live inside the clock-refusing clearing that a baseball game opens in our lives?

The ancient Greeks used two words for time, each with a distinct register of meaning. Chronos time is the time we mostly know: measured, rigid in its units, inexorable in its forward march. This is what will become ‘clock time,’ when the measuring becomes standard, profitable, and these days often overbearing. This is the time of schedules and appointments, timetables and workdays. Chronological time is democratic and authoritarian at once: we are all equally subject to its mute power.

But there is also kairos time, which is understood to be unmeasured, separate, and eternal. Kairotic time is a kind of eruption within the order of chronos, a glimpse of the transcendent order that creates a kind of vertical rift in the otherwise unbroken horizontal march of everyday temporality. It is no coincidence that this Greek word is also the name of a Catholic retreat program, where students are withdrawn from the relentless pressure of classes and extra-curriculars in order to consider life and its meaning. This is time out of time, a Sabbath of rest and reflection set off from the rest of life. What you find needn’t be the Christian god; the transcendent has many forms.

Later philosophers, especially the fine-grained Scholastic thinkers of the medieval period, would try to carve up the categories even more. What is the difference, say, between the eternal (literally, the timeless) and the sempiternal (the everlasting and unchanging)? How do the time-bound minds of humans pretend to comprehend these notions? By the 18th century, the philosopher Kant would impatiently conclude that time, like space, was not real but simply a projection of the human mind—a “form of sensibility”—onto the otherwise baffling noumenal reality of things. Still later thinkers, philosophers and physicists alike, would wrestle with “tensed” and “untensed” time, the phenomenal experience of duration, and the mysterious nature of time’s passing at different rates when we are bored or excited.

This is all fascinating, if you’re inclined that way, but baseball teaches a simpler and more profound lesson. The game is its own kind of Sabbath, a bracketing of time’s pressure. We enter the stadium, a park within a city or town, and so suspend the tyranny of chronos. All games are such suspensions, or have the capacity to be so, but only baseball refuses to allow the clock inside the logic of its performance. The contest begins at a fixed point, true, but from that moment on all measuring is done with actions, not seconds or minutes.

We all need time out of time, especially as the tyranny of the clock grows more insistent. Rare is the person today who does not literally carry time around all day every day, in the form of a wristwatch or a smartphone. Clocks wake us and order our days in waking moments. We stand in danger of losing that sense of genuine leisure which, as Aristotle argued two and a half millennia ago, allows us to contemplate the divine.

The masters of the game are putting this possibility in danger, however. Television broadcasts are as time-bound as the billing hours of a busy lawyer, the pauses measured in dollars. And so pitchers are warned not to take too much time between pitches, even as the traditional four-pitch intentional walk is now poised for retirement in favor of an automatic, and faster, option of an automatic pass. Do you know how long an average intentional walk takes? Seventeen seconds. If this is where you want to find 17 more seconds of time, you are in the wrong business. Major League Baseball—the dopes of time.

Plus, of course, anything can happen in those four lobs to the catcher to execute the intentional walk. The fans boo. The ball sails. It’s baseball, people, not bureaucracy. We must be careful that these incursions do not destroy the timeless beauty of this remarkable game, where there is no territory to be won and no routine body-on-body contact (there is some, just enough to remind us that these are professional athletes).

When Opening Day arrives, we enter the gorgeous, sustaining period of the 162-game season, and begin our annual communion with the gamboling and hard-striving boys of summer. We all know it will end, and that this renewal is poignant. I don’t know if T.S. Eliot was a baseball fan, but his claim that April is the cruelest month, “mixing memory and desire,” is something any baseball fan can appreciate.

I recall, as I do every year, cold Opening Day games in Toronto, some with snow still on the ground, or listening to a faraway contest on the front stoop, with grilled hot dogs and beer to create our own little park in the city. Time collapses at such moments, all games become one game, and the eternally renewed hope of sports is mixed, inevitably, with feelings of sadness and longing and nostalgia, all the things that make baseball what it is, the most poetic game we know.

“The game doesn’t change the way you sleep or wash your face or chew your food,” the narrator notes in Don DeLillo’s novella Pafko at the Wall. “It changes nothing but your life.” Yes. And it all begins with time…

Mark Kingwell is a Professor of Philosophy at the University of Toronto and a contributing editor of Harper’s Magazine. His new book, Fail Better: Why Baseball Matters (Biblioasis), is published April 11, 2017.

On the Philosophical Implications of Shelving Books 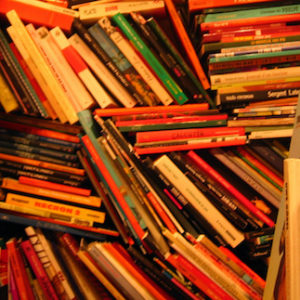 On the Philosophical Implications of Shelving Books

Two years ago, I was working at BookCourt in the wake of a particularly crazed holiday shopping season. The store was empty...
© LitHub
Back to top