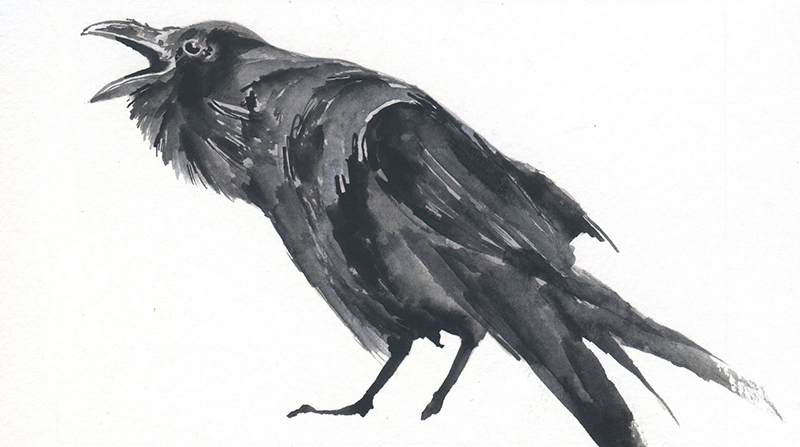 On the Voices of Birds and the Language of Belonging

Listen to David G. Haskell on the Emergence Magazine Podcast

In this episode, David Haskell enters the intricate and generative soundscape of the world of birds, inviting us to join in a practice of cross-species listening as a bridge to kinship.

For millennia, the language of birds has called us to cross divides. In the Qur’an, Solomon received a bounty and blessing when he was given the language of birds. Job exhorts us to hear the wisdom of the fowls of the air. News of the human world was carried into the divine ear by the speech of Norse Odin’s ravens and the bluebirds of the Taoist Queen of the West. In the voices of birds, we hear augury, portent, prophesy. We are drawn across boundaries into other places, other times.

Listen: an invitation. But it is hard to discern what is meant in this speech of our winged cousins. Birds inhabit flesh profoundly different from our own. Our inattention further muffles their language. We wall them out with bricks that keep us indoors, inside self-made worlds, and with presuppositions, closely guarded vaults of the mind. We’ve made ourselves a lonely place, so quiet.

Let in the sound.

Song spills from open beaks, flowing from the birds’ chests. There, at the confluence of windpipes, sitting directly over the heart, sits a sound-making organ of unique and marvelous design. This syrinx is only the size of a lentil or bean. Into this tiny space are interwoven a dozen rings of bone and two dozen muscles, all connected to membranes and lips of soft flesh. The muscles are among the fastest known, capable of contracting up to 200 times per second. As the exhale flows through, the syrinx’s lips squeeze and membranes tremble, imparting song to air. This sound is sculpted by precise tugs and tweaks from muscle and bone, on a timescale of milliseconds. Birds are quick-fingered jewelers of air, crafting dozens of ornamented gems every second. In their modulations of pitch, amplitude, and timbre we hear the vitality of their blood, muscle, and nerve.

But we do not hear as they do. For at least 300 million years, mammals and birds have been on separate evolutionary paths. Our common ancestors, amphibian-like creatures of swampy Paleozoic forests, had ears adapted to water. Their descendants, birds and mammals, each independently evolved ears adapted to air. Bird and mammal hearing, then, is grounded in two different architectures, more linear and direct in birds, segmented and coiled in mammals.

Bird and mammal brains also took divergent evolutionary tracks. Neurons are crammed into bird crania, giving their small brains as many nerve cells as much larger primates. The folds and layers of the forebrain have different geometries, hierarchically layered in mammals and clustered into nodes in birds. Avian brains and bodies also run several degrees warmer than mammals, stoking chemical reactions and thus speeding nerves.

All this manifests in different perceptions of sound. Birds are sensitive to rapid sonic changes and are tightly focused on the mid-registers. They attend not so much to relative pitches, but to the overall shape of the sound, the nuances among layers of sound frequencies. Or so it seems from the small number of studies that have sought to understand hearing from the birds’ perspective.

Bird sounds reveal the polyrhythms of a living Earth.

Here are parallel worlds of experience. The same sound vibration is received and understood in profoundly different ways by birds and mammals.

As we listen and seek to connect, we should remember and honor this difference. At the same time, let us not allow otherness to bar the door to kinship, curiosity, and imagination. There is a bridge. That bridge is made from the gift of our attention. Sometimes attention is focused into science, but mostly it is an opening to the languages of birds in the everyday.

What do we hear in the bird voices of our homes? Every species has a sonic signature, and individuals within species have their own unique voices. In this diversity of acoustic expression are embedded many meanings.

First, the particularities of species, each with its own cadence and tempo. House wren. Bald eagle. Song sparrow. Raven. By noticing and naming, we take the first step into friendship and understanding, crossing the gulf between species. Sound is a particularly powerful connector because it travels through and around barriers, finding us and calling us out of inattention. We walk across town and notice our avian cousins. Kinship and community are no longer just ideas, but are lived, sensual relationships. 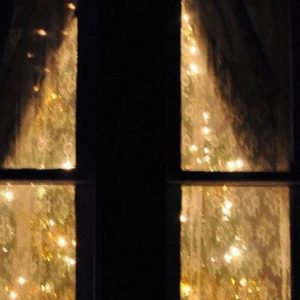