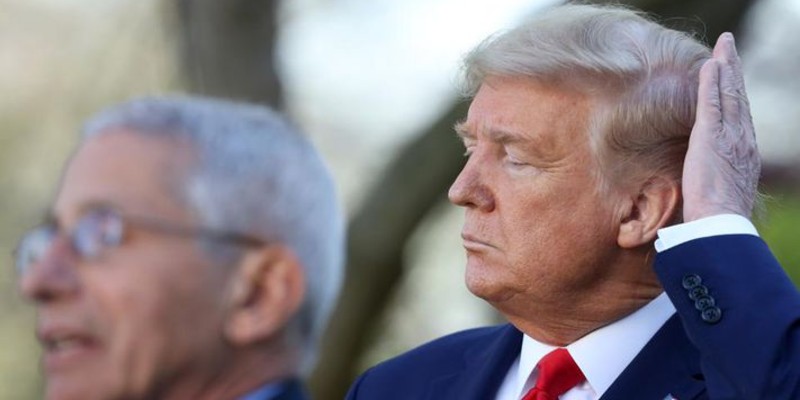 On the Unreality of Life in Contemporary America

On today’s episode, Donald Hoffman, professor of cognitive science and author of The Case Against Reality: Why Evolution Hid the Truth from Our Eyes, discusses how evolution has shaped our rationality, logic, and reason.

Andrew Keen: I’m beginning to question my perception of reality. Last week, I saw the American president on television. I believe it was the American president, but he was behaving in such a strange way with strange pieces of paper that I had to blink and rub my eyes and think to myself, is this really happening? Am I imagining it? So to question or perhaps reaffirm or comfort my sense of reality, I called up one of America’s—perhaps the world’s—leading cognitive psychologists, Donald Hoffman, who teaches at UC Irvine and is the author of The Case Against Reality and who is a cognitive psychologist who has over the last 20 years been challenging all our senses of reality. So, Don, am I going crazy?

Donald Hoffman: Well, no, there’s a lot going on here. It’s not only that our senses have been shaped by natural selection not to show us the truth, but just to keep us alive. But evolution has shaped our rationality, our logic, and reason. They’re also not in service of the truth. They’re in service of certain social functions, like persuading others about what we already believe, affirming in-groups and outgroups. So, in other words, it’s not a surprise when we find even our leaders using what appears to be logic and reason for irrational purposes. The best theories we have right now in evolutionary psychology suggest that we evolved logic and reason not in service of the truth, but in service of social persuasion.

Andrew Keen: That’s why I’m so intrigued with your theories when it comes to our current state of “social or political reality.” Again, I don’t want to turn this into a political discussion, but at least in my view, the current American president is a child at best and at worst is something which I won’t go into on this show. In terms of your theory of cognitive psychology, if I accept that reality am I somehow undermining my own survival instincts, my own Darwinian mechanisms? Is it somehow in my interest to deny that reality?

Andrew Keen: The reality of the politics, which doesn’t seem to be politics, which seems to be, again, to use a word that’s quite technical, virtual reality. Or it seems like hyperreality or absurdism or surrealism.

Donald Hoffman: Well, I think that our political system was devised with this kind of thing in mind, right? The Constitution sort of understands that we’re not necessarily using reason in pursuit of the truth. We’re going to have different factions. And if one faction has complete control, then they will dominate and we will have an authoritarian regime and so forth. So our system of checks and balances is set up so that when someone really deviates strongly, there will be a check and a balance.

This is one of the biggest stresses I think our system has faced. It’s definitely a big, big stress. Our democracy is a big, big experiment and democracy takes a lot of work. People would think it’d be much, much easier just to have someone tell us what to do. But I think it’s worth the effort to argue and argue. Frankly, given that our logic and reason, according to evolution by natural selection, evolved not in pursuit of the truth, it really does help to have countering perspectives from a bunch of different quarters because we ourselves can be self-deceived. There’s something called a confirmation bias that’s sort of built into us. We look for evidence that supports what we already believe. So even if people across the aisle seem so strange to you, it’s very good to listen. And of course, not to accept everything that you hear, but to always challenge your own ideas and your own thoughts. And then, if you decide on balance that you still want to stick with what you believe in, then of course you absolutely should. So this kind of conversation is not easy. But given our evolutionary psychology, the origins of our logic and reason, it’s essential.

Donald Hoffman is professor of cognitive science at the University of California, Irvine. His writing has appeared in Scientific American and Edge, and his work has been featured in the Atlantic, Wired, and Quanta. He resides in Irvine, California.

How Mathematics Can Take Us to the Edge of the Unknown

Nathalie Sarraute: Between Genders and Genres 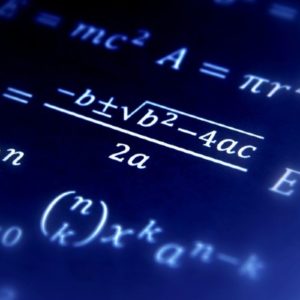 How Mathematics Can Take Us to the Edge of the Unknown

There are very few math books that merit the adjective "charming" but Mage Merlin's Unsolved Mathematical Mysteries (MIT...
© LitHub
Back to top