Catherine Fieschi Talks to Andrew on Keen On

In this episode of Keen On, Andrew talks to Catherine Fieschi, the founder and executive director of Counterpoint, a London-based consultancy on social and cultural dynamics, and the author of the new book Populocracy: The Tyranny of Authenticity and the Rise of Populism, about why populism and populist parties have become a feature of our politics and how new dynamics unleashed by social media have been harnessed by populism.

Andrew Keen: Who came up with populism first? Was it Putin, or … [did] they all simultaneously came up with a similar strategy or political emotion?

Catherine Fieschi: I think populism has been around for a long time. I would argue that if you go back to Italian fascism there is a populist element.

AK: But these are fascists, right? You aren’t in that school that suggests that Boris and Trump or even Putin is a fascist?

CF: No, I don’t think these people are fascists. I think Putin is an authoritarian. … I think what’s interesting is that we see very strong populist elements if we look at Fascism. Look at somebody like Mussolini. This isn’t strictly speaking new. When you say whether they’ve been drinking the same Kool-aid in a sense, I think that there is a prototype for me in terms of temporary European populism and that is Jean-Marie Le Pen, right? He is the first one as early as the 1970s who starts to think how can I capitalize on the more reactionary forces and make anyone upset by criticizing democracy too directly. How can I flip democracy to my own advantage without giving into liberal democracy and pluralist democracy? He is the first one that argues that typical populist thing, which is to say I am simply saying out loud what everyone else thinks. That’s very key.

CF: It’s universal across all the populists. That’s a very seductive idea—that there is somebody up there—where you don’t have to say it but they will say it for you. It’s very reassuring in a confusing world.

What Contraception Meant to a Century of Women Writers 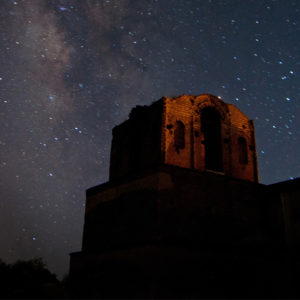 The young man came in and asked to shut the door. Okay, I said, and sat a little straighter in my chair. The star of my nonfiction...
© LitHub
Back to top