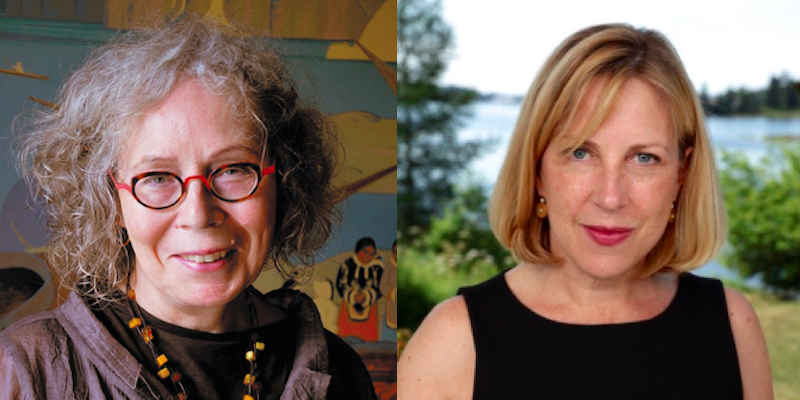 Via William Morrow and Company

A Conversation Between Eva Stachniak and Christina Baker Kline

I came to know, and admire, Eva Stachniak in a private online novelists’ group. Eva and I both write fiction set in the past, novels that amplify the voices of those who have been ignored or forgotten, particularly women and children. Eva’s new novel, The School of Mirrors, restores the voices of impoverished girls sent to Versailles in the 18th century to train as courtesans for Louis XV. My recent novel, The Exiles, tells the little-known story of convict women sent to Australia in the 19th century and the Aboriginal people whose lives were displaced. Recently Eva and I had the following conversation about history, facts, truth, interpretation, and how our writing about the past informs and comments upon the present.

CBK: Both of us write fiction set in the past that reflects, or illuminates, or comments upon, life in the present day. How did you come to write about the past, and what does your writing say about the world we live in today?

ES: I was born in Poland and the women who raised me never stopped talking about the big historical upheavals they lived through. As a child, I quickly calculated: to be a grandmother I have to live through two World Wars, to be a mother, through one World War and one Nazi occupation.

I never forgot that I was raised in what historian Timothy Snyder aptly called “the Bloodlands of Europe”: Hitler’s and Stalin’s killing fields. How could I? War ruins were around me. Everyone I knew talked about loss and displacement. Borders had shifted. Part of Poland became Soviet Russia, part of Germany became Poland. All this irrevocably shaped my parents’ lives and mine.

History, for me, is not the past that can be easily forgotten or dismissed. History affects the present.

History, for me, is not the past that can be easily forgotten or dismissed. History affects the present. I’ve seen how national narratives feed on history, how they are used to wage wars, or demand sacrifices. In the most recent example Vladimir Putin justified his invasion of Ukraine with a 9th  century story of Kievan Rus, a medieval empire founded by the Vikings, claiming it proved Russian and Ukrainian unity.

CBK: I would imagine that the current situation in Ukraine is dredging up many memories for you.

ES: Yes. In the summer of 1981, at the height of the Solidarity movement, I left for my post-graduate studies in Canada chased by fears of what seemed like an imminent Soviet invasion. There was no invasion, just martial law and brutal political crackdown, but when I look at the images of Ukrainian refugees lining up at the Polish border, I recall my first months in Canada. I know what it means to be cut off from your family, unsure of the future. I also know how important it is to be offered a helping hand and made to feel welcome.

Other thoughts come, too. After every war someone has to clean up / Things won’t straighten themselves up, after all, wrote Polish poet Wisława Szymborska. I know from my own childhood how much of this cleaning up will rest on the shoulders of women.

“Cry when you must. Then pick yourself up and get going,” my mother would’ve said to these thoughts. She knew that strength is contagious and that the Ukrainian children who now cling to their mothers in fear and tears will learn what she had taught me. “Your first steps will be small…but necessary. Food, shelter, basic comfort. The rest will come, and you will manage, for you have no other choice.”

CBK: Women are at the center of both of our recent books. The women in my novel The Exiles are essentially powerless; they have no legal rights. But they find ways to connect with each other and even, now and then, to overcome injustice. This felt to me like an important story to tell. Talk about why you are drawn to women’s stories.

ES: Women have always been at the heart of every war, every revolution, uprising, siege. They may not have been allowed to vote or fight, their voices may not have been recorded, but their strength and their sacrifices have been crucial.

Women have always been at the heart of every war, every revolution, uprising, siege.

Like you, I tell their stories. The Chosen Maiden was inspired by the life of Bronislava Nijinska, a brilliant dancer and choreographer who—in spite of the political upheavals she lived through, created some of the best ballets of the 20th century. In The School of Mirrors, I evoked the lives of the young women groomed for Louis XV at Versailles and of Parisian midwives who cared for new mothers and babies amidst the French Revolution. Telling their stories is my way of restoring balance to our perception of the past.

CBK: Young women may not be groomed for kings these days—at least not overtly—but they are certainly vulnerable to predators like Jeffrey Epstein and Harvey Weinstein. Did this knowledge change, deepen, or complicate the writing of the book for you?

When I first came across the 18th-century story of Deer Park—a secret Versailles house where royal servants kept Louis XV’s teenage lovers—I took it for a striking example of absolute and unchecked royal power that led to the French Revolution.

The 18th century told the story of Deer Park in pretty mercantile terms. Yes, the girls were lured into the king’s bed with elaborate lies and sustained deceptions, but were they not well rewarded for their trouble? Think dowries, think dresses, think jewels! Their future was secured while so many fared so much worse. No one considered the psychological cost of these young women being deceived, discarded, deprived of their children. They were lower-class, complicit in their own undoing, their pain, their very humanity easily dismissed.

When the details of Jeffrey Epstein’s or Harvey Weinstein’s sexual abuse began seeping in, among strikingly similar arguments used to discredit the victims, I heard something else. One by one the women who testified against these once-powerful men spoke of what had made abuse possible. There had been many enablers. The victims had been carefully chosen and groomed. There had been a wall of silence and deception.

I went back to my 18th-century story well-armed.

CBK: Yes—it’s all too easy to deny the humanity of others, whether they’re living in boxes on the street today or tucked away in the pages of a history book. We write novels, in part, to breathe life into hidden stories; to illuminate the experiences, hopes, and dreams of the long-forgotten.

ES: And in the process to re-examine and rewrite our perceptions of the past and the present.

CBK: I love what you have to say about midwives in The School of Mirrors. One of the central characters in The Exiles is a young midwife whose skills save her own life and the lives of people she loves (among others). Midwives have been scorned—called witches and worse—throughout history, but the truth is, they knew more about medicine than many doctors. For example, midwives discovered that handwashing can prevent puerperal (or “childbed”) fever, a deadly infection, but for many years the medical profession refused to believe it.

ES: Midwives were my great discovery. Here they were, in the 18th century France, these self-confident professional women with a great sense of their social role and their mission. I began by reading everything I could find on Madame du Coudray, who took it upon herself to reform the teaching of obstetrics in French provinces. She invented a revolutionary teaching tool, a mannequin on which student midwives could practice their responses to complicated births. What a contrast to Deer Park girls, cast as royal playthings. What a different perspective.

The midwives took over the novel, in the end, and I was glad they did.

CBK: You’ve clearly done your research. I’m curious about what you think about the distinction between history and fiction. Hilary Mantel says, “Facts are not truth” but “the record of what’s left on the record.” How obligated do you feel to stick to the documented record?

As writers, we can question these records, explore their context, supplement them with our knowledge of human nature and the workings of memory.

ES: I agree with Hilary Mantel here. Every historical document that has been preserved was preceded by many drafts, long conversations “in the room where it happens,” of which nothing or very little has been said. As writers, we can build on this: question these records, explore their context, supplement them with our knowledge of human nature and the workings of memory.

But then of course there are historical events. The Bastille was stormed on July 14, 1789. Louis XVI was guillotined on January 21, 1793. These major events I do not change, but I make moments of history come alive for the reader. At the king’s execution, some people cry, some tell jokes, some eat meat pies. Others curse the snow, their leaking boots. Someone shoves through the crowd, someone else is eavesdropping, eager to report on everything that is being said.

Mantel is brilliant at doing it, isn’t she?

CBK: I’m a huge admirer of how Mantel breathes life into history. She, too, usually sticks to the historical record. But she also occasionally bends facts in service to the story. Do you?

ES: Can we even escape the bending? History, like our memories, gets rewritten with each retelling, gets reshaped by the consciousness of each generation. We bend and frame historical facts to justify wars, exploitation, revenge. Or to evoke patriotic resistance, heroism, and the will to survive.

Writers and poets, too, have done it for centuries.

I pick and choose the stories I tell, which in itself is an act of bending. I choose stories that reveal something fundamental to me, a 21st-century woman of my experience and sensitivity. I have no illusion that mine is the ultimate truth. Others will come up with a different story.

CBK: How did living in this current moment—as a 21st-century woman of your experience and sensitivity, as you say—inform the writing of this novel?

ES: I did my final editing of The School of Mirrors in the first year of the pandemic when I felt locked, isolated, and scared. It struck me how much more I share with my characters than I’d anticipated when life seemed orderly and calm.

I thought of Veronique locked at Deer Park in an illusory world of opulence, unaware of the great price she would have to pay for her splendid isolation. I thought of her daughter, Marie-Louise, who lived through the angry, charged, deeply divided, and politicized days of the French Revolution, the time of accusations and frenzied rhetoric oblivious to nuance.

I reflected on the unpredictability and precariousness of our fragile lives. On how everything we take for granted can be upended and threatened in an instant.

Christina Baker Kline’s The Exiles and Eva Stachniak’s The School of Mirrors  are now available from William Morrow and Company. 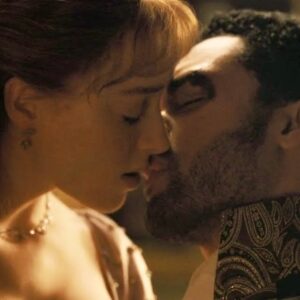 With the new season of Bridgerton airing, the topic of the romance genre’s purpose, perils, and pleasures has become a topic...
© LitHub
Back to top