On the Perilous Plight of the Part-Time Librarian

Shh. Quietly now, join me as I observe the Modern Part-Time Librarian, once known simply as The Librarian (Scientific Name: Full Timias Benefitus Pension) and seen commonly around public libraries at all hours. Now only observed evenings, weekends, and most holidays. Keep your eyes out for a classic harried facial expression, pilled cardigan (hurriedly mis-buttoned), and a name tag that reads STAFF.

In the first semester of my third year of college, with most of a creative writing degree under my belt, I began to wonder if my liberal arts degree would pay my bills after graduation. An advisor suggested I might find taking on the additional schooling required to become a librarian (a master’s degree) worthwhile. Public librarianship seemed like a practical and dependable career, and the more thought I gave to it, the more exciting this profession started to look to me. It was everything I felt was important: being of service, engaging my community, and, let’s not forget the consummate perk for a book-lover and writer: being surrounded on all sides by reading material.

Ten years after receiving my degree in Library and Information Science, I’m still excited about being a public librarian. It remains everything I’m good at and everything I want for the world wrapped up in one job. I love helping people. I love the resourcefulness and problem-solving skills I have to use daily, and the broad scope of knowledge I acquire as a result of finding the answers to everyone else’s questions. I still get giddy when I walk through the stacks or when a patron thanks me for making their day easier. My only problem is—this steady gig I trained for? It isn’t so steady. And after years of seeking full-time employment, my pipe dream creative writing degree is subsidizing my work as a librarian, instead of the other way around.

A hardy group, this species of librarian survives mainly on cold coffee and stale break room cake. Modern Part-Time Librarians, or PTLs, are known, in general, for making do with less: money, guidance, opportunity, and the aforementioned fresh office snacks. Aside from books, they typically hunt promotions and someone to pick up one of their Saturdays, though in the latter they are usually unsuccessful.

I have worked at nine public libraries in as many years, often at two or three at a time, because I have either part-time or substitute positions. Between my own life transitions—moving, starting a family, moving again—and the challenges of public libraries in my area—budget cuts, layoffs, library boards that believe libraries are unnecessary because “home computers”—my foot has managed to slip out of every door it has wedged itself in.

My personal situation may be a result of bad timing (I graduated during the 2008 economic crash) and the choice to remain in my home state of Michigan. Even so, more and more I find that I am not alone in my predicament. The growth rate for our field volleys between average and lower than average. The mass retirement of librarians promised throughout library school hasn’t been so massive. And when librarians do retire, their full-time positions may be replaced with part-time ones. This has been the case with three of the libraries I have worked at. In my experience, the reason behind this seems to be either shrinking city budgets or tight-fisted library boards. The understaffing of public libraries may look efficient on paper. But what it looks like to staff, and to patrons who observe a reduction of programs and community-building efforts, not to mention a revolving door of temporary workers, is anything but tidy efficiency. What it looks like and feels like on this side is enforced impotence. Can we continue to improve our libraries on a skeleton staff? Can we even maintain our current levels of service?

Now, I work mostly evenings and weekends at one public library, picking up substitute shifts at another. Most part-time librarians spend the majority of their shifts “on desk,” which means helping patrons who walk in or call with reference and computer issues, while juggling other duties like building the collection, creating, marketing, and implementing library programs, and devising new ways to make our libraries more user-friendly. Because part-time librarians usually work during off-hours, during evenings and weekends, “other duties as assigned” can also include situations that administration can’t deal with from 9am to 5pm, making us quick decision-makers and pretty much unfazed with whatever shenanigans arise.

Some days, the difference between a day and evening shift in the public library can feel like the difference between an episode of Law & Order and Night Court. Being tasked with this responsibility is problematic, not because part-time librarians are any less capable than our full-time peers, but because of the vulnerable place it puts us (and our patrons) in. Do rules that make sense during the day, like a rule that states librarians must have permission from administration before kicking a patron out, work in the evening when no one else is around? If the toilet overflows or a fight breaks out between patrons on the weekend, will we be left to improvise because we’ve been left out of discussions about how to handle such matters?

Watch the Modern Part-Time Librarian in her natural habitat: chaos. She is an expert multi-tasker. She builds collections, plans programs, and plays catch-up on library goings-on, all while fielding questions about slow computers, representing yourself in court, and whether or not she can procure “a more cheerful copy” of Wuthering Heights. During the course of the next four hours, the Part-Time Librarian will keep pace with it all, despite interruptions, and, at times, despite forgetting which library she’s working at.

Chris Burns discussed the trend of hiring many part-time staff to avoid the cost of fewer full-time employees in the 2016 Public Libraries Online article, “Remember When This Was Full-Time? Your Newest Coworkers Don’t.” Of his own workplace, Burns states:

Supervisors will increase the responsibility of qualified part-time librarians, talk about the amazing jobs they’re doing, and tell them how great it is to have them around, but hiring them full-time won’t be an option.

Burns’s observation is worrying, because when your job is learning about and connecting to a community, your commitment to that community needs to be whole, even when the job isn’t. In my own career, I worry that I need to go above and beyond to prove I’m a full-time-worthy employee. But I also worry that if I prove it too well, my bosses or boards will see the bargain they are getting, not the asset they are underutilizing.

If this trend continues in libraries, and I hope it doesn’t, we need to have a frank discussion about how to proceed and what the consequences might be for the profession. A lot of questions need to be answered. What turnover rate can libraries expect with more part-time employees, and how much of each full-time employee’s time will be spent training new staff? Can we build community with patrons when a larger portion of the staff is constantly changing? Can we build great relationships among staff when part-timers are always keeping a hand on the door handle in case something more permanent comes along somewhere else? Should there be a standard workload set for part-time employees so that they are not saddled with a full-time position’s responsibilities? Can part-time librarians qualify for paid time off and sick time? Can we get health benefits? Full-time public librarians qualify for the Public Service Loan Forgiveness program, which should allow the remainder of a librarian’s federal student loans to disappear after 10 years of on-time payments. Can we offer our part-time staff 30 hours a week so that they, too, may qualify, or will they owe more on their loans because of a larger shift in job availability?

Interactions between the Modern Part-Time Librarian and other species vary in degrees of affection. Patrons often fondly ask if the PTL is “new around here,” even in cases where they have been inhabiting the Reference Desk for two to four years. The elusive Full Timias Benefitus Pension often references the PTL warmly, if not personally: “The young one” or “So-and-So who’s good with the copier” will suffice.

This career has not been as practical or as promising as I hoped it would be. But, God, I’ve loved it. Somewhere between 20 and 40 hours a week for 9 years, even if I’ve only improved the life of one patron per shift, been the only friendly voice someone heard in a day, or left someone $200 richer because I alerted them to an email scam… those small victories (and my husband’s health insurance) are enough, today, for me to stay. I sought this career so that I could be surrounded by reading material. Now the stories I find I’m most interested in are those of the next people walking through the library’s door, for as long as I can cobble together enough hours to work with them. Part-time librarians like me are giving their whole selves to their libraries. But for how long?

Annie Spence can read while doing almost anything else: walking, cooking breakfast, pretending to be interested in a conversation. She has spent the last decade as a librarian at public libraries in the Midwest. Her first book, Dear Fahrenheit 451: Love and Heartbreak in the Stacks is available now. Follow her on Twitter at @annieaupence or find out more at www.anniespence.com.

The Bloody Catharsis of Femme Revenge 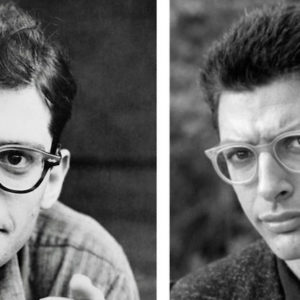 Doppelgängers are everywhere. You even probably have one. (Don't worry—if she hasn't shown herself to you, it's not time...
© LitHub
Back to top