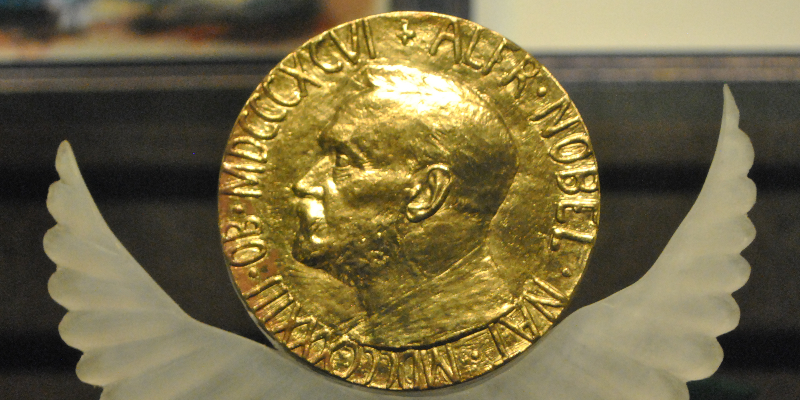 On the Misguided Norwegian Exceptionalism Underlying the Nobel Peace Prize

Secrets, Arrogance, and Weapons of War in the World-Peace Capital

Alfred Nobel didn’t give instructions whether the selection process should be secret or transparent, but his values of peace and love of humanity suggest an intention of transparency. Yet the peace prize selection process takes place in secrecy. This secrecy reflects the attitude of the committee and, beyond that, the concept of Norway as better and morally superior to other countries. A poem by Henrik Wergeland in the early 19th century reflects the pseudo-patriotic spirit of Norway today. “We are one nation, an inch small, a fatherland we rejoice over and we are many. Our heart knows, our eye sees how good and beautiful Norway is.”

While many nations have national pride, in Norway’s case this feeling of superiority may come, in part, from having been suppressed and made to feel inferior for centuries, first by Denmark, and then by Sweden. When Nobel picked Norway, he saw it as a humble country, far removed from politics. The Norwegian Parliament was showing an unusual interest in the peace movement worldwide and had given a great deal of financial support to it. By Nobel’s very selection of Norway, however, he may have enabled the Norwegian Nobel Committee to develop an arrogance with regards to the execution of Nobel’s last will, meaning that the committee does as it pleases because it knows best.

As the Norwegian government was fighting for independence toward the end of the 1800s, the Nobel Peace Prize boosted its confidence as well as that of the population. Norway went from a marginalized state with zero power, to all of a sudden: We matter. Somebody saw us and believed in us. Not just anybody, Norway suddenly mattered to the greatest inventor and businessman at the time. The peace prize was the beginning of a new era for Norway, one of confidence and pride to be Norwegian. As confidence grew, so did innovation and wealth, largely helped by the later discoveries of hydroelectricity and oil. Both contributed to Norway’s becoming one of the wealthiest countries in the world, which elevated the country’s self-esteem further.

The Nobel Peace Prize put Norway on the map because of the many famous peace prize laureates, and suddenly, numerous nations were praising this peaceful and civilized country. Winston Churchill described it as “the prominent place the Scandinavian peoples hold in the struggle of civilized humanity for the betterment of the world.”

Ernesto Teodoro Moneta, the 1907 co-laureate, romanticized the war-mongering Vikings in his Nobel lecture: “your civic life today is as worthy of admiration in our time as was that of the bold Vikings in the days of war and armed conquest.”

We want to protect our environment and our people, yet we are also caught up in profit and greed.

Norman Angell, the 1933 laureate, parroted the image that Norway tries to project. “It is the little states, like this one of Norway, which have today evolved the highest civilization and the greatest social stability, have developed, more than others, the art of free and peaceful life together. They, more than others, may show the way by which the world may be led to security and peace.”

The praise continues, even today. Year after year, the United Nations ranks Norway the most desirable place in the world to live. In a 2014 article, the Huffington Post listed twenty-five reasons why Norway is “the greatest place on Earth.” Norway as a society is put up on the same pedestal as the Nobel Peace Prize winner. It is viewed as a world peace champion.

Churchill did not know then that Norway would later produce missiles and arms in as much secrecy as it selects its peace prize winners. Omitted from Norway’s self-marketing materials, most people still today are unaware of this profitable weapons enterprise, even within Norway. This small nation with just five million citizens ranks in the top twenty of the world’s top arms exporters, according to the UN’s Comtrade database and Nordic Page. According to Norwegian researcher Tove Lie, a lot of these weapons end up in war zones despite Norway’s legislation against dealings with countries at war, and despite the fact that the Norwegian government is very much involved in resolving conflicts around the world. The reason for this double standard when it comes to peace-related work and the state arms industry is purely financial. It is also human. We, as a society, want to do good. We want to protect our environment and our people, yet we are also caught up in profit and greed.

The state statistics bureau, SSB (Statistics Norway), released figures in 2018 showing that sale proceeds from Norway’s weapon exports reached $436 million in 2017, marking an increase of nearly 80 percent from the previous year. Both sale and manufacturing of arms is important to the Norwegian economy, in terms of the job market, export revenue, and state taxes. Because the weapons industry is partly state-owned, revenue from exports has a positive impact on the national economy and the Norwegian people. Aftenposten reported that around half the value of the weapons exported went to fellow NATO member countries. Sales to non-NATO nations, however, were nearly triple those in 2016, mostly because Oman bought “weapons and weapon parts” for more than 1 billion Norwegian kroner (or approximately $111 million). That makes Oman, ruled by a totalitarian sultanate that Rasmus Hansson, spokesman for the Green Party, calls a “dictatorship,” Norway’s single-biggest weapons customer after it ordered and took delivery of a Norwegian Advanced Surface-to-Air Missile System (NASAMS) from the state-owned Kongsberg Gruppen.

One is not unreasonable to question the Nobel Committee’s neutrality.

Nevertheless, that Norwegian weapons end up in countries at war, “is a violation of the fundamental intentions in the foreign ministry’s guidelines for export of defense material,” Hansson told Aftenposten in January 2018. Hansson, who served the past four years as a Member of Parliament, has criticized Norway’s weapons sales earlier and remains alarmed over the Norwegian defense industry’s growth and activity.

Norway’s weapons industry is in violation of Alfred Nobel’s values. Yes, Nobel was also a businessman. But his dynamite was never created with the purpose of taking lives. Missiles, grenades, torpedoes, and ammunition are made with only the purpose of taking lives. Norway’s status as a peace champion is incompatible with this state-owned industry. What’s more, because of the blurred line between the Norwegian government and the Nobel Peace Prize Committee, the business of the state erodes trust in Nobel’s prize further.

Parliament was mandated to select an independent committee free from ties to politics and commercial influences. Nobel made sure there would be enough financial support for the committee to operate independently, yet along the way, something changed. Because of the grand enterprise the peace prize has become, the institution also receives funding from the state and private corporations. In addition, the committee is filled with politicians who are loyal to the ruling parties in government. One is not unreasonable to question the Nobel Committee’s neutrality. If the Nobel Committee is loyal to the Norwegian government, and perhaps to other sponsors—and otherwise feels it can do whatever it wants—how can it also work toward disarmament, which was Alfred Nobel’s intention? 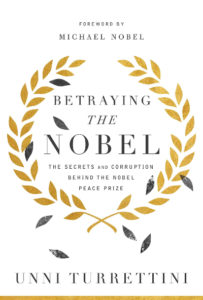 Excerpted from Betraying the Nobel: The Secrets and Corruption Behind the Nobel Peace Prize. Copyright © 2020 by Unni Turrettini. Excerpted by permission of Pegasus Books. No part of this excerpt may be reproduced or reprinted without permission in writing from the publisher.

Norwegian-born Unni Turrettini grew up a multicultural citizen, living in Norway, the United States, France, and Switzerland. She has law degrees from Norway, France, and the United States, and is a member of the New York Bar. She worked numerous years in law and finance in Paris, France, and Geneva, Switzerland. Her other works include The Mystery of the Lone Wolf Killer, published by Pegasus Books (2015). After many years abroad, she now lives in Oslo with her family. 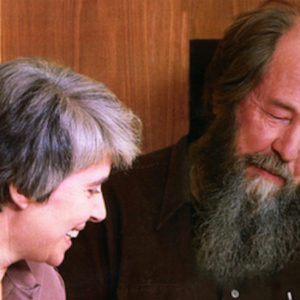