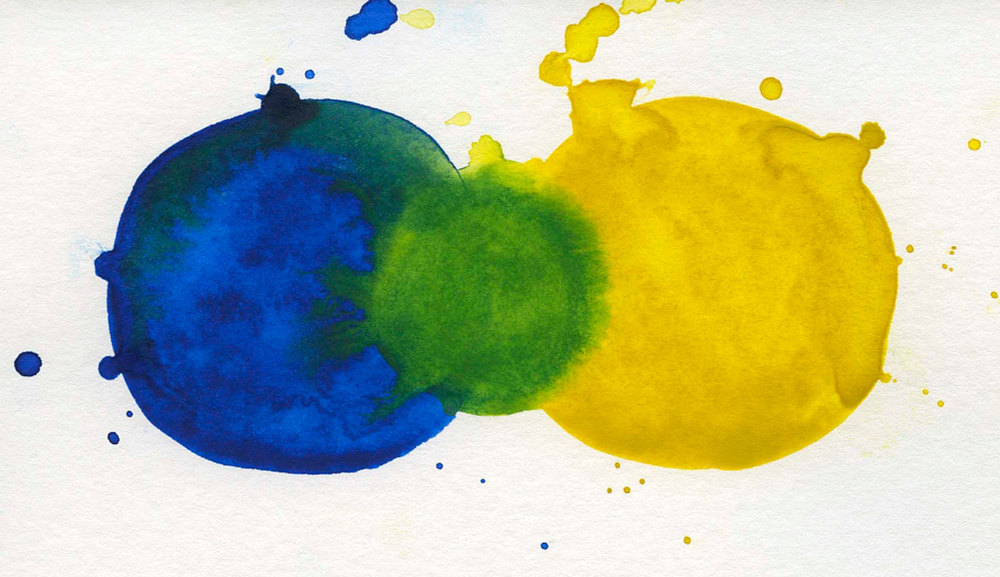 VIA THE SONG CAVE

On the Many Ways and Reasonsto Mix Poetry and Prose

Contributing to A Long-Standing and Very Various Tradition

All I often knew was that I did not only want to write poems. This was a theme through my adolescence (I was an early writer, in some ways) and then later. A bizarre depression settled over the already strange young person that I was, for I had inherited a world that stringently divided prose from verse, that swore to the usefulness of prose and the mere tolerability—bemoaning a noxious lack of good, clear purpose—of poetry, as pop songs played in the background. And on this point I have mostly remained despondent. I have never wanted only to write poems or, for that matter, to write only prose.

But as luck and the lucky fact that it is nearly impossible for a human being to have an entirely unique desire would have it, I was not alone in my wish for literary combination. Though this form, practice, or, as it may be, genre is seldom taught in school (I have been to many), there exists a long-standing and various tradition of bringing together poems and prose into synthetic items of literature. In the classical West sometimes this is called prosimetrum. Elsewhere, I have liked terms like “miscellany,” “saga,” “postmodern novel.” There are, it turns out, not just many ways, but many reasons to write a work bringing together groups of sentences with groups of words that are measured out according to principles and patterns that are not merely grammatical. If your eyes can withstand another 1,500 words, you may gather what are, in my opinion, a few of the better reasons for engaging in this sort of mixture.

REASON ONE: you recognize that much distinction is arbitrary. I do not know if prose is the opposite of verse. This is like asking what the opposite of a cat is. Some may know that verse and prose have long had the strange if plausible function of designating, in writing, the difference between song and “plain” speech. It’s on these grounds, anyway, that much of the much-touted, as well as the much-debated, specialness of poetry, particularly lyric poetry, is, as far as I have been able to ascertain, based.

Let us jump to the 17th century in France. A character in Molière’s Bourgeois gentilhomme remarks (I paraphrase), “Very cool. I had no idea I’d been speaking prose my whole life.” Such limp delight at learning that one is already playing by timeworn rules suggests a rhyme between canonicity and complacency, of course, but could also hint at the radical irrelevance of the very category of prose—or, for that matter, speech. It is surely easier to maintain interest in these matters when writing has not lain down and died in the pit suggested by the verse-prose distinction. The German Romantics’—to jump again—idea of prose was pleasantly nonstandard. If aphoristic, it was endlessly so, like a staircase in a dream. Their poems were likewise dreamy; sometimes fragmentary, disordered. Their novels included folk songs and other lyric professions, suggesting that there was something particularly worthy about the combination of lineated language with the paragraph, the breaking of prose. The poet Novalis wrote about the sentence as a temporary “containment” of linguistic dynamism, maintaining that “A time will come when it no longer exists.” And Friedrich Schlegel, in his “Letter on the Novel,” composed at the dawning of the new (19th) century, insisted on a lapidary lineage of mixed genre dating back to the late middle ages: “I can hardly imagine a novel otherwise than as a mixture of narrative, song, and other forms. Cervantes never composed otherwise, and even Boccaccio, in other respects so prosaic, decorated his collection with inset songs.”

It seems, too, that within the apparently mongrel and/or pastiche environment of novels including songs, which is to say, songs surrounded by narrative prose, poets might act not only as convenient speakers or singers but also as more or less curious characters, bringing me to my second rationale, aka, REASON TWO: it is conceivable to you that the poet is as likely to be a character or other figment, as a genuine, living person. For Anglophone readers, the inevitable point of comparison is Vladimir Nabokov’s Pale Fire, of 1962. And, as this novel points up, when the poet, here one John Shade, becomes a character, we find a literalized depiction of those aspects of personality and personal history that in America the professional critic was tasked with discovering and/or vivisecting on behalf of the lay reader. Whether or not Nabokov was aggressively satirizing New Critical leanings in American letters, Pale Fire, like Novalis’s The Novices of Sais, places a poet in a landscape, which is at once the prose of the book and a more-or-less everyday world. In this sense the novelist might be acting as a sort of historian, folklorist, or cultural critic; the song or poem does not appear free of charge but rather demands context, which is often a close cousin of interpretation. It hardly need be said that in the novel the poem can be deployed in an endless number of ways, ranging from artifact to spell.

Yet, the paradigmatic examples of books of poems combined with plot have to be a pair of works written by contemporaries in 11th-century Japan, The Pillowbook by Sei Shōnagon and The Tale of Genji by Murasaki Shikibu. In these two books, the first a diary, the second a novel, numerous characters within court society compose poetry. This is at once a pastime and a kind of networked system of communication and signification, permitting simultaneous epistolary address and reference back to the system, to its histories and commonplaces. Through the poems interspersed in The Pillowbook and The Tale of Genji we learn not merely the emotions and motivations of characters, but also how they deal with the problem of writing and how they deploy it, whether as lure, dissimulation, entreaty, or gift outright. For writing is not only unnatural, it is also and of course a means of obtaining and manipulating power. And the ambiguity of the poem permits kinds of meaning prose’s obviousness precludes. A description of a flower may be just that, yet it may also be sign or secret message; it will be read differently by different characters, just as by the reader herself, who reads over, as it were, characters’ putative shoulders.

The prismatic nature of the poem, its turning inability to remain “just text,” or “just address,” or “mere symbol,” or “absolute literal designation,” and on and on, is also exploited in exceedingly interesting ways in the American modernist context. The lack of (Romantic) mysticism or (medieval) intrigue is made up for in prosimetrical works that take the poem as an item capable of varying and destabilizing contemporary prose to ends at once aesthetic and political. Works by Jean Toomer and William Carlos Williams bring me to my third and final historical reason to combine, REASON THREE: you are bored with a certain (sad) status quo. Toomer’s Cane, of 1923, presents a combination of modernist poems, clear and vivid in their depictions of American landscapes and persons, with short prose vignettes employing vernacular language along with song-like refrains. This unique book’s intent seems to be to bring into dialogue the values of high modernism and the everyday speech and African American folk culture of the South; it seems to have ambitions at once ethnographic and loftily, exactingly stylistic. William Carlos Williams meanwhile locates an American identity through improvisation and excess, re-describing both prose style and the capacities of verse through various modes of excerption, appropriation, and apostrophe, after a fashion that belies his reputation as a rigorous reducer of words into machine-like things. Though Williams wrote many books of mixed genre, Spring and All, published in the same year as Cane and home to the famous minimal poem including a “wheel / barrow,” is the scene of a particularly powerful explosion of speed-fueled prose typewriting; it’s a book of leaps and lashings, a seeming attempt to prove that poetry can invade the syntax of the American sentence, ecstatically. If it does not exactly promote the joy of romantic love, then it demonstrates the power of an encounter of another kind, between precise syllabic poems and a tumbling, rushing onslaught of prose. Like Cane, Spring and All is a comparative text; it invents new terms and tastes by way of contrast and association.

Above I have supplied three reasons, and though I like them fairly well, they do not, in the end, as is probably to be expected, exhaust all my thinking and feeling about varying, combinatory writing styles. I may care most about a mixture of styles because it allows the paranoiac in me to comment on the conservative literary (not to mention educational) systems that I fear linger in our world, in spite of—and sometimes even paradoxically by way of—the iconoclasm of modernist heroes et al. Verse is not just, to my mind, a form with various technical appurtenances, since it has a long history and specific social functions (inputs, outputs); like prose, it seems to me at times a sort of system, with myriad institutional nodes. Though I am not so heroic myself as to believe that my contemporaries are in need of saving, I do often find that some perverse aspect of me would very much like to make things a little bit messier, throw a wrench in the engine, and otherwise, pick your frustratingly well-worn metaphor, cause to function less smoothly said system of literary production. Most of all, stubborn being that I am, I find myself drawn to various styles of silence, said silence being a possible ingredient in, or sign of, the still, at least to me, unaccountable distance between poetry and prose.

Anyway, could we remove a poem from its job as a poem? A sentence, from its job as a sentence? What would we need to contribute to writing to cause such odd dismissals to transpire in a believable manner? What is the very smallest unit that can indicate plot, as such? What occurs (to us) when we are not sure what we are reading? To the extent that these aberrant questions have answers, they indicate the direction toward which some, though certainly not all, of my writing tends, which is to say, not toward the invention of new reasons for writing between and around and among established literary modes, but toward the invention of instances of contrast, that can in turn stand in stark contrast to the abundant supply of similarities I am sure to have found, in my perverse search for fresh difference.

Lucy Ives’s latest, The Hermit, is available now from The Song Cave.

An Incomplete Atlas of Fantastic Maps 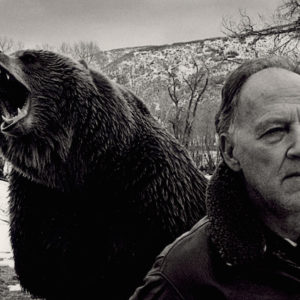 In part one of Werner Herzog's wide-ranging conversation with Paul Holdengraber, the two discuss the human side of massive...
© LitHub
Back to top