On the Genius of Daniel Woodrell, the “Battle-Hardened Bard of Meth Country”

The Latest Film Based on His Writing, Tomato Red, Opens Today

I should thank Ang Lee for turning me onto Daniel Woodrell in the first place. Like pretty much every great book I discovered in high school and my early college years, I saw the movie first. Lee’s Ride with the Devil, his follow-up to The Ice Storm, provided me with my first exposure to Woodrell. I don’t much remember the film, if I’m being totally honest. (Was Jewel in it or did I dream that?) But I do remember going to the library to track down Woodrell’s Woe to Live On (the basis for the film) the day after I saw it.

I wasn’t as thorough in those days as I am now. I relied on bag sales and thrift stores and the racks at my local used bookstore and the library. If I liked a book by a writer, it didn’t mean I was going to hunt down every book he or she wrote. James Ellroy, Richard Price, and Elmore Leonard were the exceptions. But I learned to get thorough. And in the early 2000s, at a library bag sale, I discovered the work of George Pelecanos. I devoured everything I could find by him. I read interviews and blog posts. It was through Pelecanos that I first learned of Megan Abbott, Vicki Hendricks, and Willy Vlautin. Somewhere in one of those interviews, Pelecanos mentioned Woodrell’s Tomato Red. It took me a little while to smarten up and track down a copy. When I finally did, my brain was switched on.

The occasion of this piece is the release of the film based on Woodrell’s Tomato Red. The second was, of course, 2010’s Winter’s Bone, which catapulted Jennifer Lawrence to stardom and spawned a whole series of country noir knockoffs in the realms of film, TV, and literature. The adaptation of Tomato Red, written for the screen and directed by Juanita Wilson (As If I Am Not There), opens today. I have high hopes for it. And I’m nervous the way you get nervous when you hear one of your favorite books is being turned into a movie. It’s a private fear that doesn’t much matter. The movie will be good or bad or somewhere in-between. Initial word is that it’s pretty phenomenal, though.

Tomato Red is a book I return to often. If you haven’t read Woodrell, it’s the place I usually suggest people start. It’s neck-and-neck with The Death of Sweet Mister as my favorite work of his. I work part-time in a record store, and I often press records by Jason Molina and Julien Baker and Richard Buckner into people’s hands with ferocity. If I worked in a bookstore, you can bet I’d be shoving Woodrell at you.

Tomato Red is the story of Sammy Barlach and the Merridew clan: Jamalee, James, and their mother Beverly. It’s got the downed electric line feeling of Horace McCoy’s They Shoot Horses, Don’t They? You’ve got to approach with caution or you might get lit up. Woodrell’s words can send you spinning off into the distance. As a narrator, Sammy Barlach’s no hackneyed gruff noir dolt. His telling enchants. Megan Abbott, in her wonderful foreword to the book writes: “The thing Woodrell does to words is the stuff of dark alchemy. He breaks language apart, shatters it to glittery pieces, then stitches it together new. You don’t even know what it is—are those words? Sentences? Am I bewitched?”

Woodrell does the same with plot. You think you know the path, you think you’ve been on the path before, and then the path shifts under your feet. The world is the trap. Mystery abounds. Woodrell’s tales are subtle and explosive at the same time. His characters are always in conflict, with a life or death problem at stake. His voice is natural. He is close to his page.

Talking about what makes for great fiction, Barry Hannah once said: “We want the world transformed. Pioneer perspective.” And that’s just what we get with Woodrell. Pioneer perspective. Every book, every line gives us a new way of seeing, of knowing, of remembering. When you walk into Woodrell’s world, you have to take time to marvel at everything, the way Sammy does in the broken-into mansion at the beginning of Tomato Red: “This place, even seen in short bright moments, was revealed to have double of everything worth having, just about.” As a writer, you think, Jesus Christ, this Woodrell guy’s got double of everything. Language, plot, dialogue, sense of place, energy, tension . . .

The 2010 Busted Flush reissue of Tomato Red features a cool eight pages of blurbs from the likes of Megan Abbott, Joe Lansdale, Dennis Lehane, George Pelecanos, C.J. Box, Carl Hiaasen, Reed Farrel Coleman, Ken Bruen, Allan Guthrie, Ray Banks, Tom Piccirilli, Duane Swierczynski, and many more. There are no phoned-in blurbs here. No favors for pals. The general tone of these blurbs is one of unrestrained astonishment. It’s not enough to say that Woodrell is a writer’s writer, but it’s true. Allow me a cheap baseball analogy: Woodrell is like Greg Maddux. You just want to sit at the edge of the dugout and watch him call a game. You yourself might have a killer fastball or a ball-buster of a change-up or just be a mad dog on the mound, but you know what it’s like to be in the presence of true genius. The methodical approach, the newness of everything, the intuition. Maddux’s method, according to Thomas Boswell, was to “deny the batter as much information—speed or type of last-instant deviation—until it [was] almost too late.” That’s exactly how it feels reading Woodrell. You can try to do what he does, but it’ll feel like imitation Faulkner or McCarthy; it won’t sound like Woodrell.

In 2011, Woodrell appeared on Anthony Bourdain’s No Reservations Ozarks episode, and The Bayou Trilogy (the Mulholland Books omnibus volume collecting Under the Bright Lights, Muscle for the Wing, and The Ones You Do) was on President Obama’s summer reading list. The Winter’s Bone film had ushered in, it seemed, a new wave of Woodrell appreciation. The general reading public was starting to understand what crime writers had understood for at least 15 years. Benjamin Percy’s 2013 Esquire profile of Woodrell cemented his reputation as “American literature’s best-kept secret” and “the battle-hardened bard of meth country.” Woodrell’s most recent novel, The Maid’s Version, was released in 2013. A slim stunner, it met with a fairly quiet reception. It had been seven years since Winter’s Bone, and Woodrell hadn’t given the world Winter’s Bone Two. His picture was bigger, the roots of the overall story he was telling much grander.

When I was a freshman in college, I read William Kennedy’s great novel Ironweed, and—no hyperbole here—it changed my life. Part of what struck me about Kennedy’s writing was that it was so incredibly hard to label. I could feel the place. I knew his Albany without being there (though I was only about 70 miles away). I felt inhabited by his characters as one must be inhabited by ghosts. I was them. They were me. Needless to say, I feel the same about Woodrell’s Ozarks and about his people. Dennis Lehane says in the Percy profile that Woodrell “writes high Greek tragedy about low people, and he never panders or looks down on the people he writes about.” That’s one of many things he has in common with Kennedy. Woodrell’s deep respect for his characters is apparent. Being close to his page means being close to his characters. They’re never one-note. But it’s more than just that. He’s interested in the whole of humanity through the lens of his place. He’s interested in exploring the whole of history through the whole history of his place.

I don’t have a lot of goals here beyond getting readers who haven’t yet read Woodrell to read him. Pick up the reissues of Tomato Red and The Death of Sweet Mister right now. Read the books. Read them again. Then read the forewords by Megan Abbott and Dennis Lehane. After that, you’ll have more riches to choose from: The Bayou Trilogy, Woe to Live On, Give Us a Kiss: A Country Noir, Winter’s Bone, The Outlaw Album (his story collection), and The Maid’s Version. Woodrell has spent 30 years unfurling a complex, beautifully shaped American saga. He’s been reckoning with the tortured history of his place and his kin. His has been a raucous exploration of roots and consequences, a heartbreaking meditation on desperation and survival. I wish I could do more here. I wish I could tell you exactly how his books sing. But I’m at a loss. I’m standing at the edge of the dugout. If I can get close, I’m going to ask him to sign a ball after the game.

William Boyle is the author of the novel Gravesend, which was recently translated into French and published by François Guérif as #1,000 in the Rivages/Noir collection. Gravesend has been shortlisted for the Prix Polar SNCF 2017, and it was nominated for the Grand Prix de Littérature Policière. His second novel, Everything is Broken, will be released in France by Gallmeister in late 2017. 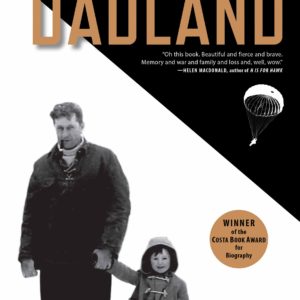 We are having a picnic by the Avon, Dad, me, Jonathan, and both pairs of dogs, his and ours. Jonathan and I are swimming,...
© LitHub
Back to top