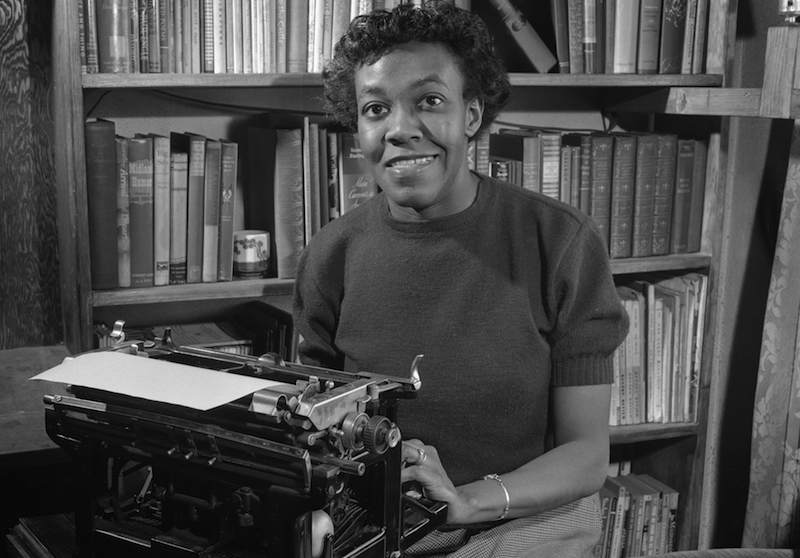 On the Generosity of Gwendolyn Brooks, 100 Years Later

Remembering the poet and literary philanthropist

Filmmaker Shahari Moore grew up in Chicago’s South Side, the home and literary inspiration of Pulitzer Prize winning poet Gwendolyn Brooks. While she is currently filming a documentary about the poet, she first connected with Brooks’ work a long time ago: in elementary school. The students would fight to perform her seminal poem “We Real Cool” in front of their 4th grade class. Its internal rhyme scheme and musical rhythm was pleasing to their ears.

“It was catchy and easy to remember because of the rhythm and the rhyme,” remembered Moore, a professor of African American Studies.

I’m sure some poets would rather have their work analyzed in a university than read in an elementary school. But I doubt Gwendolyn Brooks felt that way. In a 1986 interview, Brooks described one reading she had with a group of kids in the library of Congress.” They talked about not just poetry,” said Brooks. “But about their grandmothers, about beer, about pizza, and about hair,” she said with laughter.

Today, the acclaimed poet Gwendolyn Brooks would have been 100 years old. And as journalists and literary critics look back at her life, she will be remembered by many as the first African American to win the Pulitzer Prize. Brooks won the esteemed award when she was only thirty-three, for her second book Annie Allen, a collection of poems that follows a young black girl through her life in Chicago. The Pulitzer Prize committee praised the collection’s technical virtuosity, and cohesive narrative, especially in the book’s centerpiece “The Anniad”:

“The Anniad, whose title deftly parodies The Aeneid and whose intellectual sweep over common experience is not only brilliant but profound in its tragic and tragicomic implications,” stated a letter from the literary committee in 1950.

Annie Allen was of course a historic achievement. But on her 100th birthday, we should also remember that Gwendolyn Brooks’ career comprised more than literary acclaim.

“Brooks would joke that her name for awhile turned into Gwendolyn ‘Pulitzer’ Brooks,” said Marsha Bryant, a distinguished teaching scholar at University of Florida.

She was also a writer with a huge conscience, and something of a literary philanthropist, who contributed a lot of money and time to young writers in Illinois.

When she became Poet Laureate of Illinois in 1968, she took the unpaid and mostly honorary position and used it to help young writers across the state. She started the Poet Laureate Awards, a writing competition for children in schools of Illinois. She read all of the children’s submissions herself, and paid for the winner’s prizes out of her own pocket, which ranged anywhere from $50 to $500. Her daughter, Nora Blakely, told me that she would even make photocopies of the winning pieces at Kinko’s. She thought it was important for the young writers to read each other’s work.

“I’ve met people who won the Poet Laureate Award when they were like in 4th grade, and sophomores in high school, and some of them never cashed the check,” said Blakely, who now manages her mother’s estate. “They still hold onto their checks. (That) she signed her name on that check meant more to them than the $50 or the $100.”

“I think it’s a rare thing for a writer who’s that talented and important to also be that humanly generous,” said Lesley Wheeler, professor of English and Gwendolyn Brooks expert at Washington and Lee University.

An interviewer once asked Brooks what she got out of helping young writers. She replied: “Well I wish there had been such a competition when I was a little girl, because I started writing when I was seven and there was nothing of the sort,” said Brooks in 1997.

But what she didn’t receive at school, she got elsewhere. Her mother was very supportive, and told her she would become the next Paul Laurence Dunbar. The Chicago literary establishment also embraced her early on in her career; Langston Hughes loved her work and praised it in a column he wrote for the Chicago Defender. And when the massive publisher Harper and Brothers asked Richard Wright about Brooks’ work, he replied, “Miss Brooks is real and so are her poems.”

But this supportive community couldn’t shield her from the racism of mid 20th century America. When reporters flocked to her home to interview her about winning the Pulitzer Prize, she didn’t even have enough money to pay the electricity bill. Then, at an awards banquet in her honor, a white writer in attendance tried to hand her his coat.

“He thought that she was the coat check girl, you know, couldn’t possibly be one of the awardees,” said Blakely.

“For her to be published at that time with (Harper), it was a really big deal,” said Moore. “For a black woman to be published by a major publisher is a big deal, because people weren’t just publishing black people unless they were extraordinary.”

Through her charity, Gwendolyn Brooks was able to give young writers the support that she sometimes lacked in her own life. And it didn’t just stop at kids. Blakely said her mother would help any struggling writer that she believed in, writing words of affirmation on their manuscripts, and occasionally helping them out financially. She still meets people Brooks helped today.

“I think that some of those experiences made her want to smooth the path, in whatever small ways that she could,” said Blakely, on the phone from her Chicago home. “If you are in one of those moments where you just want to quit, and somebody cares enough about what you’ve written that they want to help you financially…If it’s 25 cents for a loaf of bread, it makes a difference.”

Matt St. John is a writer and artist living in Madrid. He has wanted to be a journalist since he was as a paper boy, riding a rusty Schwin through the quiet, AM culs-de-sac of northern California. His passion is capturing the complexity of global interconnectedness, and finding people with stories to tell. His art has appeared at Matador Network, and he is a frequent contributor to Vice. You can find him on Twitter @mattystjohn.

Jessie Chaffee on Saints, Sinners, and Surviving Your Twenties 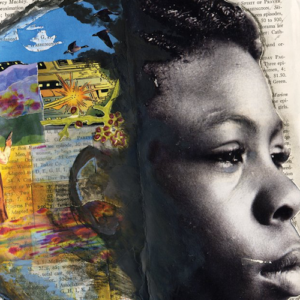 Along with Ravi Shankar and Patricia Smith, I am co-editor of The Golden Shovel Anthology: New Poems Honoring Gwendolyn Brooks...
© LitHub
Back to top