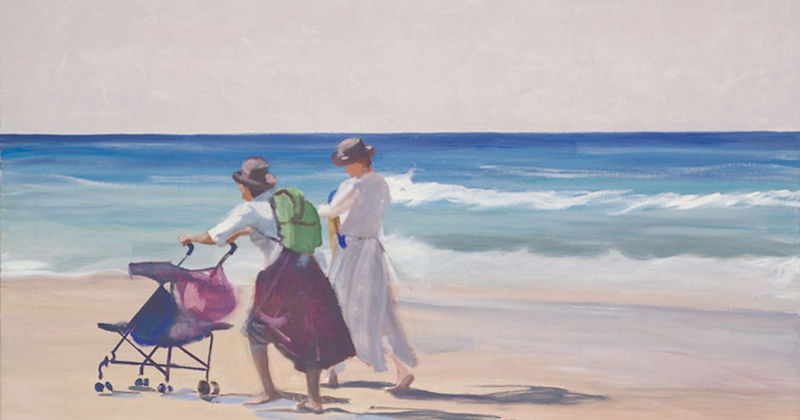 Mira Ptacin Reflects on the Vulnerabilities of New Parenthood

The summer between my junior and senior year of high school, I saw a newborn baby while I was tripping acid. I hadn’t planned on seeing a baby while tripping acid. I hadn’t sought the newborn out, tucked the encounter into the LSD itinerary that I’d put together the day before. We used to do that back then: make agendas then take psychedelic drugs; back then, the consequences, long and short-term, were less relevant than the actual experiences we sought.

The original plan: set lysergic acid diethylamide-soaked blotter paper on tongue, salivate, absorb, and go. Go see Jurassic Park at the Lakeview Square Mall movie theater, where I held a summer job. There would be a giant Hefty garbage bag full of popcorn waiting for us, and the sodas would be free. Cherry Coke. After the movie, we’d go to a freshwater beach. We had a designated driver. We had gas money. We packed sunscreen and beach balls and peanut butter sandwiches and oranges, oranges for their vitamin C, vitamin C for reaching optimum hallucinogenic visionary states.

Once we made it to the beach, we set up camp. The shoreline itself looked less like a beach and more like an ashtray, littered with cigarette butts, wrappers, gum. But we kicked off our shoes, unrolled our towels, ran our fingers along the sand, took in everything around us. It was as if it were our first and last day on earth. Soon enough, the other beachgoers had migrated far away from our camp. And soon enough, the sand started to move like the waves of the water, rolling. It was intense. Beach balls had trails like comets. Seagulls had trails like comets. We were on high alert for dinosaurs; their appearance wasn’t out of the question.

All those things all happened, but other events popped up like they should in summer days when you are fully present and without any expectations. Days when you are young and aren’t thinking about your future or your past, or what you were doing to your self or your body. Back then, you weren’t proactive like you are now. Back then, you weren’t thinking about your career and your competition. You didn’t hustle. You didn’t “network”. You just existed in the moment and not only embraced the unknown, you fought for it. You were catapulted by the unexpected. Unexpected things like a tearful epiphany brought on by the song “I Would Do Anything for Love But I Won’t Do That” by Meatloaf while tripping balls in the back of your friend’s Buick Regal on the drive back from the freshwater beach because you realized what Meatloaf meant by “That”, and how “That” pretty much explained how the universe worked. Or things like, after ordering a banana split from a Dairy Queen, having your mind be blown by the breathing colors of melting ice cream.

Or things like ending up at the barbecue party at an apartment complex of a friend-of-a-friend and unexpectedly coming face-to-face with a newborn baby. Moments like this made you alive. After a day of tripping acid and smoking Parliaments and drinking warm beer from a can, when you have dried mascara under your eyes from your Meatloaf epiphany and sticky fingers from the melted banana split, sand and grime in all the crevices of you 18-year-old twerking, tweaking, hearty self, a self still aggressively trying to figure out its place in the world, when you unexpectedly see a newborn baby, your eyes lock, and everything. Just. Stops.

Sixteen years later, I still think about that baby. Now, at thirty-three, I can’t recall what the hell Meatloaf meant by “That” or what secret to the universe he’d unlocked for me, but when I think about that ivory-faced baby in the parking lot of that small-town apartment complex in Michigan so many years ago, my sober response is exactly the same as it was in that drug-infused moment: I will never in my life be as pure as this baby. Ever.

I am having a baby in six weeks and I just don’t know. I know some things from my birthing class: that my uterus will expand into the size of a Wal-Mart parking lot. That, already, my heart organ has enlarged and the volume of my blood has increased by 50 percent. That, a few months after giving birth, I’ll have permanent brain change—mom brains have been found to have more gray matter. I think about these things. They are facts. Some are ideas. They’re the future and the unknown. I dwell on them often.

Other times, I’m remembering my youth. The unapologetic girl. The unstoppable energy. The teenager who ran away too many times. The loud pulpy declarations to never simmer down, never become conventional. I think about that past me and I come up with clever explanations to give her, should we meet, for why it’s ok, good even, that I am her future. But this girl’s future is avoiding my present moment. I am having a baby in six weeks and I can’t seem to look this moment in the eye.

I used to feel about motherhood the way I feel about dying. That it’s not applicable to me; I had never died. It’s what other people did. Parents were always adults with kids. Your friends’ parents. Or your parents’ friends. My parents are both alive. They have always been mostly parents, sometimes the bad guys, but almost never something I was, too: a child of a mother of a mother of a mother. Once, though, I had a glimpse. I was ten or maybe eleven years old and my family took a trip to Poland, my mother’s motherland. We went to Maków, the town where she was born. We picked small wild strawberries off the fence surrounding the cottage where she grew up and went hunting for morels in a nearby forest.

Then we visited her parents. The cemetery was lush with overgrown shrubs and difficult to navigate, so the five of us yanked away dandelions and crabgrass until we found the right grave. It was a small silver tombstone that popped out like a Chiclet from the grassy green lawn. It read Karol Piergies + Henrika Piergies in faded letters and was speckled with moss. We scraped and raked and polished that headstone with our bare hands and the spit from our mouths, and I remember that my mom said very little. I don’t even think we prayed. Afterwards, my siblings and I got into the car and listened to a Gloria Estefan tape we’d just bought and waited for my parents to finish up, but I kept my eyes on my mother. I remember how she stared at the grave in a guarded fashion. How her face was hard. She was solemn and less joyful than I was used to. She seemed so alone, so vulnerable. It was the first time in my life that I saw her as delicate and defenseless, the first time that I realized that my mother had once been a child.

Isn’t it funny how we are always resisting? We resist growth because it doesn’t look like the end. We resist attractions that don’t fit our identity. We resist women’s realness. We set goals, we oppose the unplanned. Dancing becomes silly. Nudity is taboo. You can see where I’m going with this: The brain is so loud. The body is like water. Right now, there is a baby boy below my ribs.

I became a mother soon after I let go of that idea of what I’d thought a parent was. The moment was fleeting, but it arrived around the same time I just let go. I stopped focusing on that blank space ahead of me that was going to be put together by me. When I did, I started feeling some new urges—primal ones—complicated pangs coming from my body and not the voice in my head. Looking back, I think these feelings were my body’s way of telling me that it needed to do the most natural thing in the world—reproduce—when my brain wasn’t listening.

According to my doctor, the baby is the size of an average cantaloupe. Right now, he is swivel-kicking my stomach with his small gourd foot. When this happens, I stop thinking. When his chicken-little limbs jab me from the inside, my mind becomes quiet and I come closer and closer to releasing and just accepting what is happening now and only right now: I am a human growing a human. He pushes me, and everything just stops. I become present. I become pure.

I am having a baby in two months and I just don’t know, and that is the right way. Right now, outside, it is springtime. Below my window, there is a hammer hammering, a boat blows its horn, and the two kids who live across the street are chasing one another. “Now you have to stop,” the older child says to the younger one. “We have to trade now, because now is my turn to be the good guy.”

This essay was published in the now-defunct Slice Magazine under the title “Just a Moment.”

Mira Ptacin is the author of the feminist history The Inbetweens: The Spiritualists, Mediums, and Legends of Camp Etna (Liveright, 2019) and the award-winning memoir Poor Your Soul (Soho Press, 2015). She lives on Peaks Island, Maine, and teaches at the Maine College of Art and Design as well as the Maine Correctional Center.
http://www.miraMptacin.com 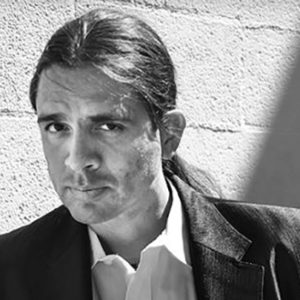 This week on The Maris Review, Stephen Graham Jones joins Maris Kreizman to discuss his new novel, The Only Good Indians,...
© LitHub
Back to top