On the Dumping Grounds of Fuerteventura, the Real Isle of Dogs

Wild Dogs, Old Gods, and the History of a Place

Via Conjunctions
By Matthew Gavin Frank

When in captivity, the mynah bird, in what naturalists believe to be an act of desperation, reproduces, in panic, the sounds it hears, including human speech. We have come to expect, even demand, that it mirrors our voices. Some species of mynah, though, have larger, more unwieldy tongues, which their owners often cut to match the shape of the human tongue in miniature, in order to allow them our version of speech. When the captive mynah sings us to sleep in our own language, that is the mutilated mynah slowly going mad.

Here, in the Hotel Atlantis, I speak to the endemic geckos of wickedness; how on the Canaries, in ancient times, before the African and European mariners introduced species like the mynah, the waxbill, the ibis, and the stilt, the Holocene-era Gran Canaria giant rat would regularly tear the viscera from the Holocene-era giant goliath lizards—progenitors of the geckos to be sure; how King Juba II of Numidia and his first wife, Cleopatra VIII (sole daughter of Greek Ptolemaic Queen Cleopatra VII of Egypt—the Cleopatra—and Roman triumvir Mark Antony) dispatched naval ships to search for far-flung island civilizations, whom they could overpower, kidnap, and enslave to the dye-production sweatshops at Mogador (now western Morocco).

Juba landed at Fuerteventura, sometime around 1 AD, and likely trapped some of the early populace, though he claimed, according to Pliny the Elder, that all of what we now call the Canaries was uninhabited, ornamented only with exotic flora, giant animals, abandoned temples of stone, and “some traces of buildings” of unknown purpose, but admirable stability.

Of course, Pliny, having been born only in 23 AD, the very year King Juba died, heard of these accounts only secondhand. Still today, Spain and Morocco argue over which country owns which portion of the seabed over which the islands float, each government differently interpreting the territorial boundaries as laid out by the Law of the Sea. So where I am can be variously interpreted.

If I spoke of this to the mynah rather than the geckos, the mynah would repeat it back to me, Juba-Juba-Juba—or to the names of Louisa and my ever-insomniac infant ghosts, inscribed on the first pages in this spiral notebook I keep on the nightstand in the Atlantis—with a ruined and scabbing tongue. So far from home and Louisa, unable to sleep on this pillow-top queen, I review our old list of potential baby names, and I’ll be damned if Mynah isn’t on it.

People take pictures of dead animals and the emaciated ones who survive on their bodies, of dirty diapers, of oxidized boat motors, of banana peels. . .

Because the mynah bird is seen as invasive here, it’s seen also as a plague. It is aggressive and omnivorous, and gorges on local insects and arachnids, reptiles and crustaceans, fruits, grains, seeds, and the edible waste we humans are fond of leaving. Local wildlife divisions trap the birds and put them down—about a thousand per year. Their carcasses are heaped into an unofficial dumping ground on a sandy beach on Fuerteventura’s southwest shore, amid plastic bleach bottles, Pepsi cans, amputee rag dolls, and rusted drums filled with mysterious liquid waste.

The dump is patrolled by the island’s large populations of wild dogs (after which the archipelago was named by King Juba, Canariae Insulae—Islands of the Dogs) and cats, along with swarms of the endangered Canarian Egyptian Vulture (itself at least as old as the Bible, where it’s known by its Hebrew name, rachamah). The mynahs that are not eaten by the scavengers will be swept up into the ocean along with the rest of the junk cocktail, becoming part of what scientists have come to call the Great Texas-Sized Trash Vortex of the Atlantic.

Canaries—the birds—are in fact named after the islands to which they are endemic. Though the birds are endemic—and dogs are not—still, if in name only, the birds are shape-shifters. The birds are dogs in the bellies of the vultures.

The vultures themselves may be transmogrified gods, having once made their cameos during the denouement of a Greek cautionary myth of incest, jealousy, and revenge, wherein two young boy gods (Neophron and Aegypius) are each interested in sleeping with the other’s mother, but each is also secretly jealous of his own mother’s attention spent on the other boy. Eventually, in a proverbial (or mythological) “dark chamber,” Neophron tricks Aegypius into fornicating with his very own mother, Bulis.

Upon this revelation, Bulis gouges out her son’s eyes before committing suicide. The newly blind Aegypius calls on Zeus to exact revenge for the deception on Neophron, but Zeus, fed up with these shenanigans, turns both boy gods into Egyptian vultures, doomed to circle the Fortunate Isles, touching down only to feed on the trash left behind by the other deities.

In addition to Neophron’s and Aegypius’s scavenger descendants, the ancient Greek mariners reported finding on the Canary Islands a population of dog-worshipping “aboriginals,” who prayed to dogs and mummified dogs, and were otherwise so devout that they evolved to be dogheaded demigods, though the remainder of their bodies was of the human variety. Some historians believe this population to have been somehow affiliated across time and ocean with the Egyptian cult of the dogheaded god, Anubis, god of cemeteries and embalming, who safely ushered souls into the afterlife.

Plutarch, affecting the first-person voice of one of the tale-spinning Greek mariners, says of one of these alleged demigods, “When I saw a dog on board ship, since the sailors were away, putting pebbles into a half empty jar of oil, I was amazed at its knowing that lighter substances are forced upward when the heavier settle to the bottom.” Whether this is a metaphorical treatise on the ushering of a soul into the afterlife, Plutarch does not say.

This beach dumping ground—patrolled by dogs more mangy than godly—has become a strange tourist site of the ironic and kitschy roadside-attraction variety. People take pictures of dead animals and the emaciated ones who survive on their bodies, of dirty diapers, of oxidized boat motors, of banana peels, paper plates, traffic cones, cyanide.

From the shores of Fuerteventura . . . the gods compelled great fires to break forth and consume Rome.

I am not immune to its allure or to the need of a hot shower after paying my filthy visit. The shampoo in the shower is BASiC brand. It’s a clear tube the size of a C battery, printed with purple ink. It’s slippery in the hand. It feels good in the hand. Its ingredients include sodium chloride, cocamide DEA, citric acid, and methylchloroisothiazolinone, the latter of which, if ingested, has the power to inhibit the growth of bacteria, including maternal symbiotic bacteria, which greatly contribute to a baby’s well-being in utero.

In his Life of Sulla, Plutarch writes of the debauched and blood-thirsty Roman general who launched a campaign of capital punishment, executing all those whom he arbitrarily (and seemingly for his own amusement) deemed enemies of the state. “Sulla,” Plutarch writes, “now began to make blood flow . . . There was therefore no counting of the slain, but their numbers are to this day determined only by the space that was covered with blood. For without mention of those who were killed in the rest of the city, the blood that was shed in the market-place covered all the Cerameicus inside the Dipylon gate; nay, many say that it flowed through the gate and deluged the suburb . . . The marshes were filled with their blood, and the lake with their dead bodies . . .”

And the gods, or, as Plutarch refers to them in Sulla, “the heavenly powers,” having had their Fortunate Isles–bound leisure disturbed by Sulla’s hematic wrath—a wrath that they perceived as within their dominion alone, this silly psychotic man trespassing on godly territory—responded with a kind of retribution that could be called mythologically biblical.

From the shores of Fuerteventura (then blissfully free of mynah corpses and golden cans of Cerveza Dorada Especial), the gods compelled great fires to break forth and consume Rome, “which they had much ado to extinguish; and three ravens brought their young forth into the street and devoured them in the sight of so many surprised people, and afterwards carried the garbage they left of them back into their nests; and after mice had gnawed consecrated gold in a temple, the keepers caught one of them, a female, in a trap, and in the very trap she brought forth five young ones and ate up three of them . . .”

Once again, in response to masculine transgression, the gods compel the mothers of the animal kingdom to do violence against their instincts to their offspring, to render the body of the baby to its “garbage,” to make of the homeland (the “nest”) another sort of dumping ground, to decorate it with the havoc we wreak, and the detritus we leave behind.

This is the charge of the gods, Plutarch tells us, and as I peruse the intricacies of what will become yet another microcolony within the Great Trash Vortex, this aerie of trash nestled into such powdery white sand, I can’t help but sense a kind of ancient holiness in it, born precisely of its grossness, its flagrance, its ability to do so much of the world so much harm. 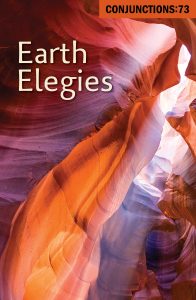 Matthew Gavin Frank is the author of the nonfiction books The Mad Feast: An Ecstatic Tour through America’s Food, Preparing the Ghost: An Essay Concerning the Giant Squid and Its First Photographer (both Liveright), Pot Farm, and Barolo (both University of Nebraska Press); the poetry books The Morrow Plots (Black Lawrence Press), Warranty in Zulu (Barrow Street Press), and Sagittarius Agitprop (Black Lawrence Press); and two chapbooks. His forthcoming nonfiction book, A Brief Atmospheric Future, is due out in 2021 from Liveright.

Teaching High Schoolers the Ingenuity and Prowess of Poetry 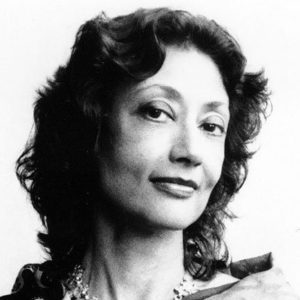 Finding Nuance and Much-Needed Relief in the Writing of Bharati Mukherjee When I was growing up, the idea that I might need to see myself in the stories I read was framed as unsophisticated at best,...
© LitHub
Back to top
Loading Comments...