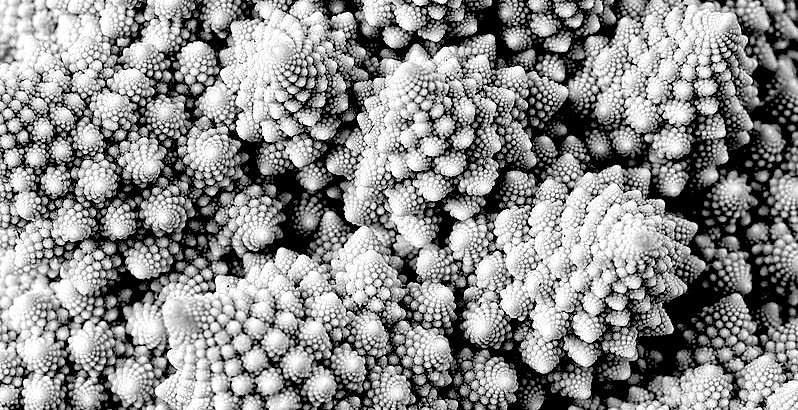 On the Beauty of Math

Most of us are able to recognize the names of great artists such as Shakespeare, Rembrandt, or Bach, and probably also the names of great scientists like Newton, Einstein, and Planck. But how many have heard of great mathematicians such as Leonhard Euler, Srinivasa Ramanujan, or Georg Cantor? This is despite the fact that their contribution to our understanding and appreciation of the world is no less profound.

I am a serious music, literature and art enthusiast, but I honestly believe that Ramanujan’s mathematical formulas are no less marvelous than Bach’s musical structures, and that Cantor’s discoveries about infinity are as wondrous to me as Shakespeare’s works. German mathematician Karl Weierstrass once said that a mathematician who is not a bit of a poet will never be a good mathematician. Yet, it seems that not a few people from the field of literature, music, or the arts seem to have an aversion to mathematics. What follows is a modest attempt to help overcome this aversion.

About music and numbers

During the time that Pythagoras and his disciples were exploring the laws of the universe, they were also studying the laws of music. Pythagoras loved to chant songs by Homer and Hesiod while strumming on his lyre. Pythagoras believed that music has enormous influence on the soul and could lead to extremely powerful emotions. (If you doubt this, read The Kreutzer Sonata by Leo Tolstoy). It is clear to us today that the Pythagoreans were greatly affected by Pythagoras’s discovery that the musical scales were numerically based. An example of this numeric basis can be observed in many ways. For example, Pythagoras discovered that the lengths of the strings of two notes separated by exactly one octave (e.g. from C to C) have the ratio of 1:2. The strings of two notes a fifth apart (e.g. C–G) have a ratio of 2:3, and the strings of two notes a fourth apart (C–F) have a ratio of 3:4.

It is very difficult—perhaps even impossible—to predict which mathematical discoveries will prove useful in practice and which will be useful “only” for nurturing the human mind.

Pythagoras’s discovery that music can be transformed into mathematical expressions was a major step on his way to his earth-shattering conclusion that the world in its entirety is based, one way or another, on numbers. In fact, Aristotle, in his book Metaphysics, points out that the Pythagoreans were the first to study mathematics and conclude that the laws of mathematics governed the laws of all things.

One of my favorite books is Hardy’s A Mathematician’s Apology. It discusses the aesthetics of mathematics and allows a rare glimpse into the thinking patterns of those involved in this discipline. Hardy loved pure (theoretical) mathematics and once even boasted that nothing he did had any practical purpose. Hardy also thought that number theory—which he loved dearly—had no useful purpose. Today, number theory is intimately connected to ciphers and codes. Hardy even thought that the theory of relativity had no practical use. It is indeed very difficult—perhaps even impossible—to predict which mathematical discoveries will prove useful in practice and which ones will be useful “only” for nurturing the glory of the human mind. In his book, Hardy explains in the most fascinating way what he considers beautiful in mathematics and what not.

Euclid’s geometry has made a profound impression on the best minds of civilization, one of whom was the philosopher of philosophers, Baruch Spinoza. Spinoza was so taken by Euclid’s methods of constructing geometry from axioms and basic concepts that he used this approach in his most important work, The Ethics. Of course, Spinoza was not discussing points and lines in his book. He was pondering the concept of God and man’s place in his world. But the way in which he presents his arguments is pure Euclidean: Spinoza presents his basic concept, lays down specific axioms and then uses them to prove theorems. In fact, the original name of Spinoza’s magnum opus is Ethica Ordine Geometrico Demonstra. (Although the English title is The Ethics, the exact translation of the Latin is Ethics, Demonstrated in Geometrical Order).

Women in the world of mathematics

“It is impossible to be a mathematician without being a poet in soul.”
–Sofia Kovalevskaya

Bertrand Russell thrice decided against suicide so he could learn just a bit more mathematics.

However, the history of female mathematicians begins much earlier. In the ancient world it is said that Pythagoras’s wife, Theano of Croton, was a mathematician and physicist, and was also involved with medicine and psychology—a Renaissance woman before the Renaissance. Damo, the daughter of this first man-of-numbers, was also intrigued by mathematics, was a member of the Pythagorean sect, and quite likely contributed to at least some of the doctrines ascribed to her father. Hypatia of Alexandria (born in the second half of the fourth century) was, without a doubt, the most famous female mathematician of the ancient world. Her father, mathematician and philosopher Theon, decided to raise her in the image of “the perfect human” and tried to bestow on her all the human knowledge accrued up to that point. He passed on to her all the learning that he had and, in addition, sent her to study in Athens and Rome. Most of her biographers point out that she surpassed her father in mathematical aptitude.

Hypatia was truly a woman of many talents. When she was in Alexandria, she studied Plato’s and Aristotle’s philosophy. She was also famous in her time as an astronomer and wrote a book with the impressive title Astronomical Canon, which is a set of tables describing the movements of the heavenly bodies. Hypatia was also renowned for her magnificent beauty, but according to biographers never married. Hypatia was a pagan, something that her Christian neighbors were not amenable to. In 415, a gang of especially fanatic and violent monks accused Hypatia of religious sedition. They attacked her in the city square and then brutally tortured and murdered her. Hypatia’s story is so dramatic that it was just a matter of time until a movie based on her life would be made. Spanish director Alejandro Amenábar took up the challenge and made the movie Agora (2009). Naturally, the movie includes a love story.

This leads us to Sophie Germain, who is connected to the world of prime numbers and its myriad open problems. Sophie Germain was born in Paris in 1776 (died 1831). Simon Singh, in his 1997 book Fermat’s Last Theorem, tells us that at the age of 13 Sophie read that Archimedes would not abandon his efforts in mathematics despite threats to his life, this being the reason he met his death at the hands of a Roman soldier. The story so impressed Sophie that she decided that mathematics must be laden with beauty and interest if someone could be so engrossed in studying its secrets. (She would certainly have been just as awed had she known that Bertrand Russell thrice decided against suicide so he could learn just a bit more mathematics.)

Even though Sophie never learned mathematics formally and never received any academic title, she contributed considerably to the study of mathematics, especially in the fields of differential geometry and number theory. One of her more important contributions in the field of number theory was to reduce the number of possible solutions to Fermat’s last theorem. Sophie Germain won a mathematics contest sponsored by the French Academy of Science, and she was the first woman allowed to participate in the Academy’s seminars. Both a neighborhood and a school in Paris are named after her, not to mention a crater on the planet Venus: the Germain Crater.

Plato controlled his disciples on a bridge and did not allow anybody to cross without his permission. One day, Socrates arrived at the bridge, and demanded that Plato let him pass. Plato did not like the tone of his teacher’s voice and said to him: “If the first statement you say is the truth, I shall let you pass; but if the first thing you say is a lie, I swear that I will throw you into the turbulent water.” Socrates thought for a bit and said: “You will throw me into the water.”

By the way, an almost identical paradox appears in chapter 51 of the second volume of Don Quixote, when Sancho Panza is appointed as governor of the Island of Barataria. You might like to take a break from mathematics for a bit and read this wonderful chapter. Enjoy. 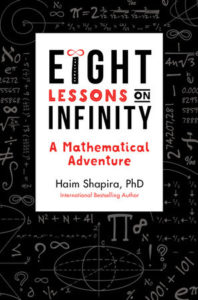 Excerpted from Eight Lessons on Infinity: A Mathematical Adventure. Used with permission of Watkins Media. Copyright © 2019 by Haim Shapira.

Haim Shapira is an Israeli mathematician, pianist, speaker, philosopher and game theorist. He writes in Hebrew, and his books have been translated into English, Spanish, German, Portuguese, Italian, Russian and Korean. He is one of the most sought-after lecturers in Israel, and was also a keynote speaker at TEDxJaffa on game theory and strategy. His first two books in English are Happiness and Other Small Things of Absolute Importance and Gladiators, Pirates and Games of Trust. He also arranged and performed music on the soundtrack for John Wick: Chapter 2. 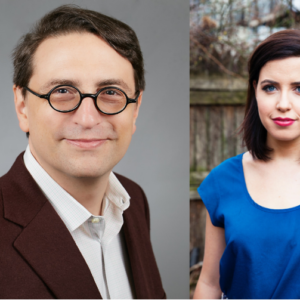 In this episode of the Fiction/Non/Fiction podcast, New York Magazine senior correspondent Irin Carmon (co-author of Notorious...
© LitHub
Back to top
Loading Comments...