On the Art and Influence of Hemingway’s Short Stories

Looking Past the Biography, at the Sentences Themselves

Victim to a family strain of depression, he felt himself a burnt out case at the age of 61, with nothing left to say and no new way to say it. Yet in the 57 years since that day, Hemingway’s popularity has never flagged. In 2017 Hemingway’s publisher, Scribner, sold well over 350,000 copies of his works in North America alone; no author in the publishing house’s hardcover Scribner Classics line has more titles in print: 24.

New biographies appear just about every year. Cambridge University Press is in the process of publishing 16 volumes (four thus far) of Hemingway’s 6,000 letters, and the Hemingway Collection is stored at the John F. Kennedy Presidential Library and Museum in Boston. In 2015 The Guardian placed The Sun Also Rises on its list of the 100 Best Novels.

The Russians named a small planet after him. Both John McCain and Barack Obama cited For Whom the Bell Tolls as their favorite Hemingway book. His name has been slapped on everything from eyeglasses to Mont Blanc pens. And what would the J. Peterman catalog read like had it used Henry James rather than Hemingway as an inspiration?

It would be impossible, I think, to find any major American author whom so many others have credited with influencing their styles, including J.D. Salinger (who named himself “national chairman of the Hemingway Fan Clubs”), Norman Mailer, Hunter S. Thompson, Raymond Carver, Elmore Leonard, Ray Bradbury, Denis Johnson, Bret Easton Ellis, even Anne Beattie. As Russell Banks put it, “Men writing in America have to contend with the shade of Hemingway, and the longstanding tradition of manliness he tried to represent. They may reject that tradition but they can’t ignore it.”

Yet in the present century Hemingway’s reputation as a writer has been subjected to some of the harshest criticism ever launched against a famous person for being a famous person with imperfections, eccentricities, bigotries and sexual confusions.

This can be a backward way of looking at any writer, for while biography throws light on the work, the two are rarely symbiotic, so that the reflection of the writer in his work does not mean both are mirror images. Clearly, any writer’s life informs his work—Melville did serve on a whaling ship and Twain on Mississippi paddlewheelers—which for Hemingway meant being able to capture the truth about how “The marvelous thing about [gangrene] is that it’s painless. . . That’s how you know it starts” in “The Snows of Kilimanjaro”; how the grasshoppers used for bait in “Big Two-Hearted River: Part II” were “cold and wet with the dew, and could not jump until the sun warmed them up.” The way “The silk-worms fed in racks of mulberry leaves and all night you could hear them eating and a dropping noise in the leaves,” in “Now I Lay Me.” How “In shooting quail you must not get between them and their habitual cover, once the dogs have found them, or when they flush they will come pouring at you, some rising steep, some skimming by your ears, whirring into a size you have never seen them in the air as they pass,” in “Fathers and Sons.”

Which is why those who read Hemingway believe they truly know Paris as it was in the 1920s, Cuba in the 40s and Madrid in the 50s—neither as fantasies nor as romantic revelries. Few writers understood war so poignantly as Hemingway, the minutiae of bullfighting, what it takes to land a big fish or cook trout in a skillet.

“Hemingway was able to pull together the thrills of boyhood yarns, the sinewy toughness of pulp fiction and the riveting immediacy of adventure tales.”

As William Hazlitt said of Lord Byron, “Instead of taking his impressions from without. . . he heats the materials of his imagination in the furnace of his passions,” so Hemingway was able to forge the essence of an experience into a human emotion, as when, in A Moveable Feast, he wrote, “As I ate the oysters with their strong taste of the sea and their faint metallic taste that the cold white wine washed away, leaving only the sea taste and the succulent texture, and as I drank their cold liquid from each shell and washed it down with the crisp taste of the wine, I lost the empty feeling and began to be happy and to make plans.”

In purely sensory terms the description is both tantalizingly true and emotionally charged. The repetition of the word “taste” both “strong”  and “faint” is carried along by the lilting consonance of “w’s” in “white wine washed away,” coalescing again in “only the sea taste.” Those fat “o’s” in “oyster,” “only” and “cold” are voluptuous while the near rhymes of “crisp” and “taste” are bracing.

A lesser writer might have added a period there and continued in a new sentence with “And then I lost. . .” But Hemingway has set up the exultant ending of the paragraph by allowing the description of the oysters and wine to rush right into it, barely contained by a comma. Hemingway doesn’t resort to easy descriptives like “sensual,” “velvety” or “flinty,” much less allude to oysters’ alleged effect on the libido. He isn’t just satisfying hunger, for that “empty feeling” is as emotional as it is physiological, a cold, metallic jolt that wipes away both hunger and sadness in the same gulp.

But it is the Hemingway style, developed slowly as he toiled away at his first book of short stories while in Paris, that distinguished his stories from reportage, a style long afterwards as codified as answers in a sophomore lit exam: Short simple declarative sentences; limited choice of words; a shortage of adjectives; Biblical phrases and cadence; stream of consciousness passages.

He had little use for italics and used run-on sentences the way people actually form them. He almost always used the word “said,” with no adverb attached. He could have but rarely used curse words in print.

Of his style Hemingway observed, in “Death in the Afternoon,” “If a writer of prose knows enough about what he is writing about, he may omit things that he knows and the reader, if the writer is writing truly enough, will have a feeling of those things as strongly as though the writer had stated them.”

I was hooked on Hemingway the first moment I read the first line of his short story “In Another Country”: “In the fall the war was always there, but we did not go to it anymore.”

The six-page story is about two wounded men in an Italian hospital in WWI, and nothing really happens. Yet for the first time in my impressionable life—I was 15—I knew I’d never read something that struck, touched and awed me so in a few simple words. The first clause of the opening line hangs there, fraught with a sense of something grim and never ending; the second clause seems full of both regret and resignation. The comma halts the sentence right in the middle like a deep sigh.  The line neither trembles nor shocks; instead it creates an immediate mood that is carried, line by sad line, to an ending that could end no other way, with neither a bang nor a whimper, about the cold randomness of life and death.

I went on, of course, to read Hemingway’s novels, but, oddly enough, none of them had the force of the short stories, which were like heart murmurs compared to the cynical throw-away lines of love and war in the novels, wherein Hemingway’s prose could be repetitious to the point of dullness, when the manly hunter is so often a bore and the ever-present booze was too easy a way to get to the next scene.

On the basis of his short stories alone, Hemingway, who enjoyed comparing himself to Stendahl, Turgenev and Tolstoy as if in a boxing match, would likely win a decision on points as to who was the finest American contender for the title. Other masters of the form might now be remembered for a single short story—Fitzgerald for “Babylon Revisited,” Faulkner for “The Bear,” Shirley Jackson’s “The Lottery,” Flannery O’Connor “A Good Man is Hard to Find” and Truman Capote for “Breakfast at Tiffany’s”—but Hemingway is equally as famous for “Indian Camp” (1924), “Big, Two-Hearted River” (1925), “In Another Country” (1927), “The Killers” (1927), “A Way You’ll Never Be” (1933), “A Clean Well-Lighted Place (1933),” “The Short Happy Life of Francis Macomber (1936)” and “The Snows of Kilimanjaro (1936)”—all written, among so many other fine stories, over a twelve year period.

Hemingway was able to pull together the thrills of boyhood yarns, the sinewy toughness of pulp fiction and the riveting immediacy of adventure tales, from Huckleberry Finn and The Call of the Wild to the dime novels and magazines like Argosy in the early 20th century.

Of course, it’s one thing to have an elderly uncle who led an exciting life tell you stories by the fire, but it is quite another to have a great stylist describe the rush of joyous emotion a boy has when, having seen his father save a girl’s life through Caesarean section, realizes, “In the early morning on the lake sitting in the stern of the boat with his father rowing, he felt quite sure that he would never die.”

Contrary to critics who lump all of Hemingway’s work into a world of hypermasculinity, his stories are far more concerned with human self-discovery at moments when innocence is shattered forever, as when, in “The Killers,” after a few pages of carefully cadenced pulp conversation between two hit men at a diner, Nick Adams tries to come to grips with the refusal of their target, Old Andreson, to flee or do anything  at all about his oncoming doom. It’s Nick who says, “I’m going to get out of this town . . . I can’t stand to think about him waiting in the room and knowing he’s going to get it. It’s too damned awful.” To which an older man who has lived longer ends the conversation with a dead-pan, “Well, you better not think about it.”

The dreadful tension below the surface of a conversation in a hot train station between a couple deciding whether or not to have an abortion grows painfully taut when the girl tries to cut off the discussion, saying, “I’ll scream”—no exclamation point—then calms down and lies to the man when he asks, “Do you feel better?”

The title of that story is “Hills Like White Elephants,” but it might have taken the title of another Hemingway story, “The End of Something.”

The un-romanticized beauty of Hemingway’s landscapes, so much like Corot’s and so antithetical to Van Gogh’s, and the haunting uncertainty of his characters’ internal struggles, as in the Protestant hymns, are the real heart of the matter in Hemingway’s short stories. The repetition and bloviating that make his novels murky and ponderous are absent in his stories, so that what Herman Melville achieved only once in three haunting words—“Call me Ishmael”—Hemingway forged into an American idiom as tight, indelible and flexible as a slow blues song played after everyone has left the bar.

For three decades John Mariani searched out the Best New Restaurants of the Year for Esquire Magazine and wrote a wine column for Bloomberg News for ten. He is a weekly contributor to Forbes style.com. 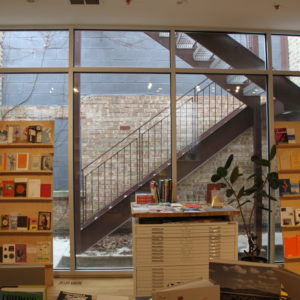