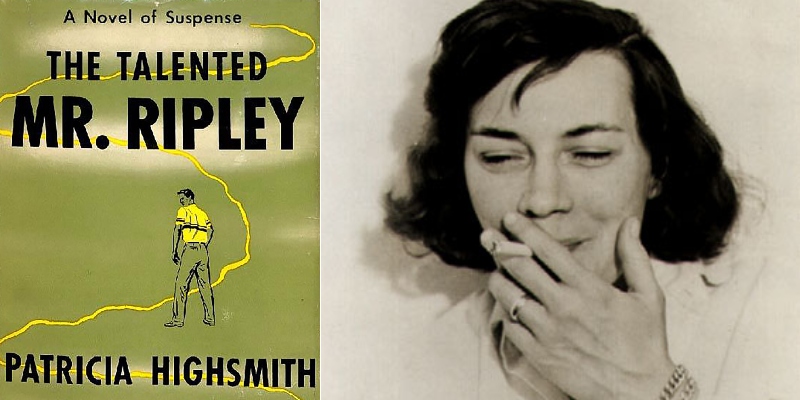 Neither Drew nor Christopher could remember who won their annual Tournament of Books bet, so they just decided to do a jointly-agreed Backlist Episode… the one you’ve all been waiting for… yes, that’s right, it’s Highsmith time! With a deceitful gimlet in hand, they dive into the five-book Ripley series and the particular pleasures (and discomforts) therein.

Drew: The Revisionist and the Astropastorals by Douglas Crase // Something New Under the Sun Alexandra Kleeman

Christopher: Did you read them all basically one after another?

Drew: Yeah. It was brutal to be honest. It is both pleasurable and painful to be in his head. For as charming as he is, we sort of get to see—unlike anybody in his life—we get to see through the veneer. And because I know enough about Highsmith as a person, I know that she sounds like she was not a tremendously pleasant character.

Christopher: Oh, no, she seems like a real horrible person.

Drew: Yeah. And so there’s a bit of that where you’re just like, I’m going to keep reading, but I need to take a shower.

Christopher: Yeah, that voice is difficult. And that she’s so, you know, Highsmith really felt like she was putting herself on the page with Ripley. There’s a story where she used to sometimes sign books as Ripley and then cross it out and write Patricia Highsmith underneath. Which, that’s funny, and also so alarming.

Drew: The likelihood that she murdered somebody feels like more than a 50 percent chance, at some point in her life, and got away with it and was like, wow.

Christopher: I’ve tried to read two biographies of her and I’ve given up both times because it just turned out that I don’t really want to know that much more about her, I just want to read her books. And there’s enough of those.

Drew: Yeah, I have that anecdote about her at the party with the snail in her bag.

Christopher: Yeah, that was her guest that she brought. A head of lettuce, covered in snails, to the party.

Drew: If you don’t know anything else about her other that she’s an author, it’s like, oh, what a cute, charming quirk. And then you read, honest to god, like a paragraph of her writing, and it’s like, oh, you’re a horrifying person. I absolutely would run in the other direction as soon as you walked into a party. 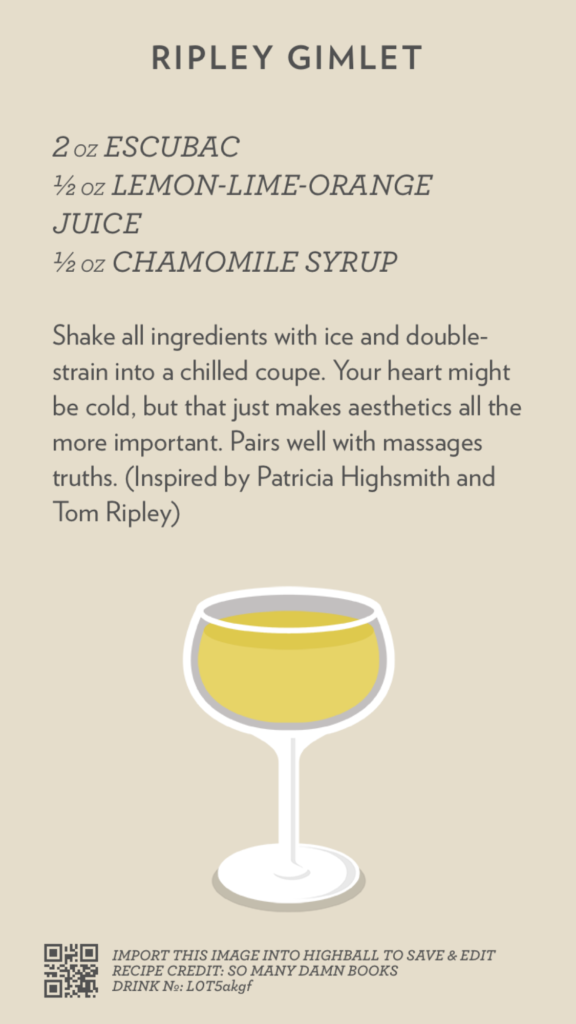 Laurie Frankel Performs a Passage from Her Forthcoming Novel, One Two Three 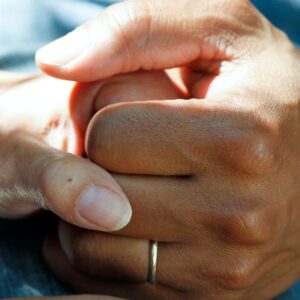